The premiere of « Luzia » in Barcelona last March has meant « the successful return of Cirque du Soleil to Spain after these two years without visiting the European continent ». 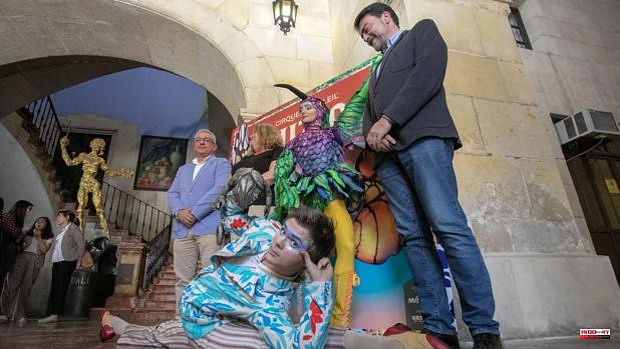 The premiere of « Luzia » in Barcelona last March has meant « the successful return of Cirque du Soleil to Spain after these two years without visiting the European continent ». Now, the tour of this show continues and the next stop is Alicante, a city where the Canadian company has already shown three shows to date. This Tuesday, at a press conference attended by the Mayor of Alicante, Luis Barcala, the Councilor for Culture, Antonio Manresa, and Montse Adam, Director of Marketing-International Markets for Cirque du Soleil, the company presented this staging that will host the Big Tent installed in Playa de San Juan from next July 14.

Luzia is a Cirque du Soleil production created and directed by Daniele Finzi Pasca that takes audiences “to a place straight out of a dream, where light (the “Light” of the title) calms the spirit and the rain pampers us.”

With impressive acrobatics and great visual surprises, Luzia invites the viewer to immerse herself in a dreamlike journey through a vibrant and sumptuous world suspended somewhere between the real and the unreal. Gliding between an old movie set, the vast ocean, a smoky ballroom, or the arid desert, Luzia stages the many sights, faces, and sounds of Mexico, blending tradition and modernity. In addition, the show captivates by incorporating – for the first time in a Cirque du Soleil touring production – rain in the artistic proposal, creating exceptional moments.

Montse Adam has conveyed the joy of the company to return to the city of Alicante, «a city where we have already been three times, the last one with the show «Totem» in 2018. The Alicante public has always welcomed us very much love and has enjoyed the Cirque du Soleil shows and us being able to present them in the city, so we can't wait to be here this coming summer with Luzia, a show that transports us to the heart of an imaginary Mexico and that has received a great success with critics and the public during its time in Barcelona».

In 2021, Cirque du Soleil celebrates 21 years of touring in the Valencian Community, with which it has presented 11 different shows. Thousands of functions that have created a close relationship between the Canadian company and the Mediterranean public. Now, this love story continues with the return of Cirque du Soleil and the presence on tour of Luzia, a true feast for the senses, surreal and brilliant in which nearly 50 artists participate, which will raise its tent in Alicante. The mayor of the Alicante City Council, Luis Barcala, has stated that «the return to Alicante of Cirque du Soleil is magnificent news for the city in all respects. In addition to enriching and reinforcing our leisure, culture and entertainment offer in the height of the high season, it is also a boost to the local economy with the presence for many weeks of more than 120 professionals, including artists and technicians, linked to the Canadian company. And it is also particularly satisfying that Alicante joins Barcelona and Madrid as the only venues in Spain for the representation of Luzia, which demonstrates the strength and growing pull of our city on the national circuit of great shows.

"Luzia" can be enjoyed in Alicante (Playa de San Juan) from July 14 and Madrid (Puerta del Ángel Stage) from November 5 in 2022.

1 20 million year old dolphin species identified in... 2 Paddocks: a situation that worries the opposition 3 Barça starts the exit operation 4 Laporta: "It will never happen again that with... 5 War in Ukraine: France to intensify deliveries of... 6 Amber (Koh Lanta): who is her fellow volleyball player... 7 Ukraine: the war is entering a “prolonged phase”,... 8 [IN IMAGES] Prince Charles and his wife Camilla begin... 9 The first script for a short film by Benissero Raúl... 10 The vice president of Vox in Burgos resigns after... 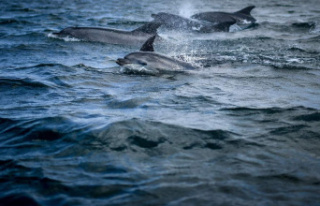