Church: "A Giant of Faith" - Pope Benedict XVI. is dead

Almost ten years after his resignation as Pope, Benedict XVI. 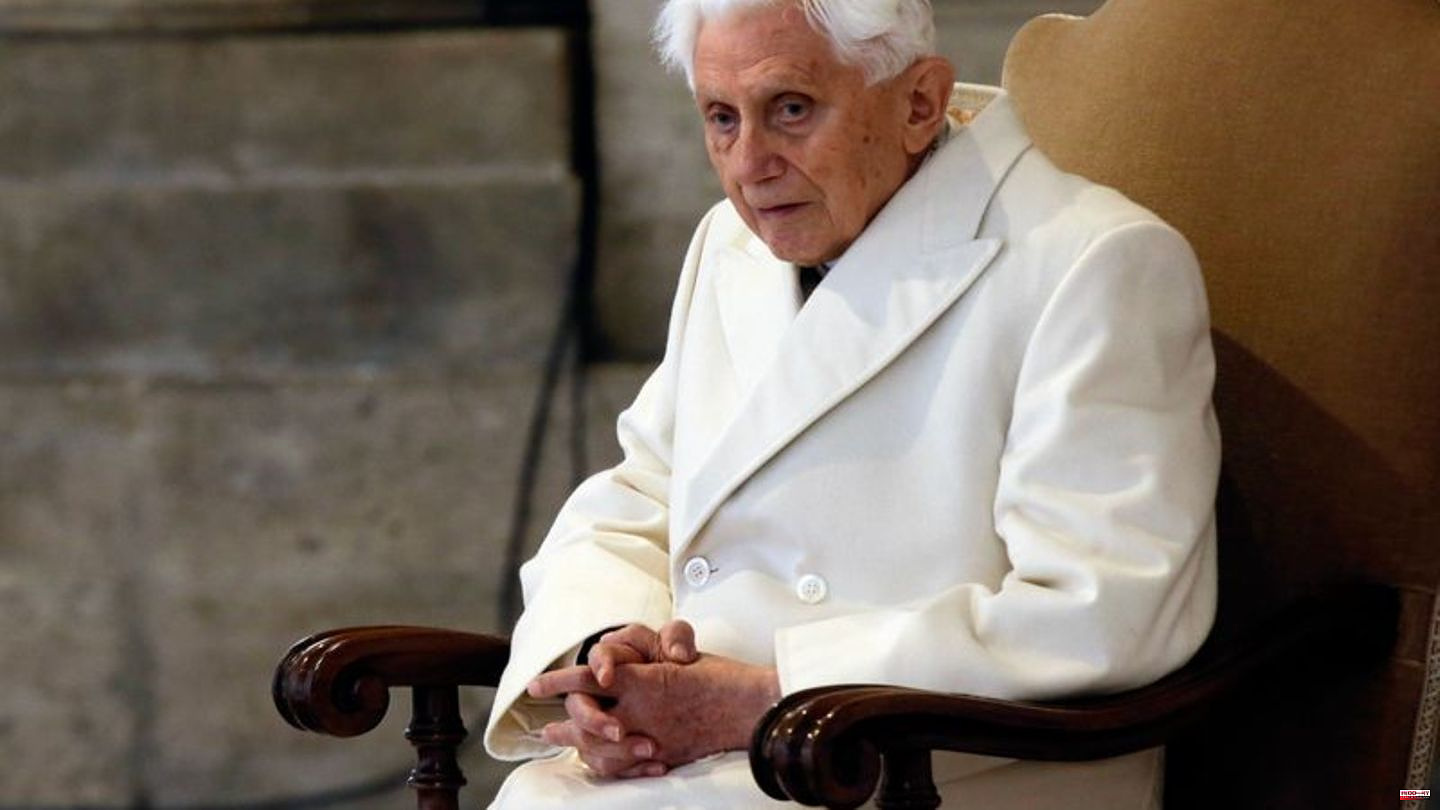 Almost ten years after his resignation as Pope, Benedict XVI. died. The recently seriously ill cleric died on New Year's Eve morning at the age of 95 in the Mater Ecclesiae monastery in the Vatican, according to the spokesman for the Holy See, Matteo Bruni. His health had deteriorated significantly this week. In the homily of Saturday evening's Vespers service, Pope Francis described his predecessor as "a person so noble, so gentle" and expressed gratitude "for all the good he has done and above all for his witness of faith and prayer".

Top politicians from all over the world praised the Bavarian-born Joseph Ratzinger as a "giant of faith", a "humble man of prayer and study" and as a wise theologian. The reform initiative "We are Church", on the other hand, described Benedict as a "theologian driven by distrust and frozen in fear" who had shaped the church "in a backward-looking manner".

Next Thursday at 9.30 a.m. Francis wants to celebrate the funeral service for Papa Emeritus on St. Peter's Square in Rome. Federal President Frank-Walter Steinmeier is coming from Germany. The city of Rome expects up to 60,000 believers to attend the public event. Benedict will then be buried in the crypt below St. Peter's Basilica. The deceased will be publicly laid out in the basilica from Monday. Believers then have the opportunity to say goodbye.

Ratzinger was elected pope on April 19, 2005 as the successor to John Paul II - the first German in about 480 years. Almost eight years later, in a spectacular move, he became the first pope to resign voluntarily in more than 700 years. He was succeeded by Argentine Jorge Bergoglio as Pope Francis. Since then, Benedict has lived in seclusion in the Mater Ecclesiae monastery in the Vatican Gardens, where he now died.

Francis reported on Wednesday about Benedict's serious health condition. Benedict also received the anointing of the sick that day, as spokesman Bruni said. In the days that followed, the Vatican described the 95-year-old's condition as serious but stable. According to media reports, important vital functions had decreased.

The news of death caused a great deal of sympathy in Germany and also internationally among the approximately 1.4 billion Catholics worldwide. Chancellor Olaf Scholz called him a "special church leader" on Twitter and wrote: "The world is losing a formative figure in the Catholic Church, a combative personality and a clever theologian." Federal President Steinmeier declared: "The unity of Christianity and the dialogue between religions, the coexistence of religion and society were particularly important to him."

For the chairman of the German Bishops' Conference, Georg Bätzing, Benedict XVI. "an impressive theologian and experienced pastor". The Catholics mourned the loss of a personality who gave the church hope and direction even in difficult times, the Bishop of Limburg told the German Press Agency.

During his pontificate, Benedict continued the conservative course of his predecessor. He resisted modernizing the church, which brought him a lot of criticism. His tenure was overshadowed by the abuse scandal that plunged the Catholic Church into a deep crisis.

Shortly after the publication of the report, Benedikt had to correct a statement about his private secretary Georg Gänswein: Contrary to an initial account, he had taken part in an important meeting in 1980 in which a priest had been spoken about who had been accused of sexual abuse in the diocese of Essen several times had become noticeable to children. The case was explosive because the priest was reinstated as a pastor in Bavaria. A little later, Benedict apologized to all victims of sexual abuse in a public letter.

Bätzing recalled the letter with which Benedikt reacted to the report. "He asked forgiveness from those affected, but questions remained unanswered," said Bätzing. The reform initiative "We are Church" criticized this as insufficient on Saturday: "He was not ready for a personal admission of guilt. In doing so, he caused great damage to the office of bishop and pope." Criticism also came from the "Eckiger Tisch" victim initiative. "The thousands of victims of abuse in his church around the world will have bad memories of him as the long-standing leader of the system to which they fell victim," said the spokesman for the initiative, Matthias Katsch, of the German Press Agency.

Most recently, it had become quiet about the retired pope. Although he was mentally fit into old age, as his private secretary Georg Gänswein repeatedly emphasized, his physical condition was severe. His older brother Georg Ratzinger died before him on July 1, 2020 at the age of 96 in Regensburg. Benedict had visited the former church musician at the bedside shortly before.

Benedict shaped the Catholic Church even before his pontificate. As Prefect of the Congregation for the Doctrine of the Faith in Rome, Cardinal Ratzinger, born on April 16, 1927 in Marktl am Inn in Upper Bavaria, had already written church history for more than 20 years. Numerous believers, especially in Europe, rejected his strict stance on issues such as birth control, abortion and celibacy. In other parts of the Catholic world church, for example in countries in Africa and Latin America, the conservative line found support.

According to Ratzinger himself, he did not want the papal office, but he accepted it because he suspected God's will behind it. The initial enthusiasm of the Germans ("We are Pope"), such as at World Youth Day 2005, soon gave way to disillusionment.

Again and again Benedict caused irritation. In 2006, during a speech at the University of Regensburg, he unleashed a wave of outrage in the Muslim world with a medieval quote about Islam's relationship to violence. The Vatican defended him by saying that the quote that had been extracted had been taken completely out of context. He also aroused incomprehension with his decision to reverse the excommunication of all four bishops of the right-wing Society of St. Pius - including the Holocaust denier Richard Williamson.

In 2010, around the fifth anniversary of his election as Pope, the abuse of countless children by Catholic clergymen came to light - and how it had been covered up for decades. With the demand for "zero tolerance" against "sin in the church" and the request for forgiveness, Benedict positioned himself clearly in this crisis. He clearly campaigned for enlightenment, reappraisal and atonement and met victims of abuse several times.

Benedict published three encyclicals - on Christian love, Christian hope and the "holistic development of man in love and in truth". He was the first pope to enter a synagogue in Germany and spoke at the former German death camp at Auschwitz and at the Yad Vashem Holocaust memorial in Jerusalem. The Nazi ideology had already been strictly rejected in his Bavarian family.

In retrospect, he himself admitted that sometimes he wasn't close enough to people. In the end, he no longer felt up to the burden of the office. He justified his resignation at the end of February 2013 with his advanced age and ailing health - he said he lacked the strength for the demanding office. The emeritus promised to remain "hidden from the world". However, with writings on sensitive topics such as celibacy or abuse, he repeatedly fueled speculation that he did not agree with the course of his successor Francis, at least in part. 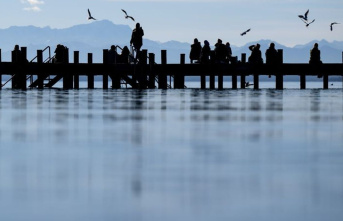