The crime of the sisters from Tarrasa (Barcelona) Uruj and Anisa Abbas, aged 21 and 24, was perpetrated in a village in Pakistan on May 20, according to local authorities. 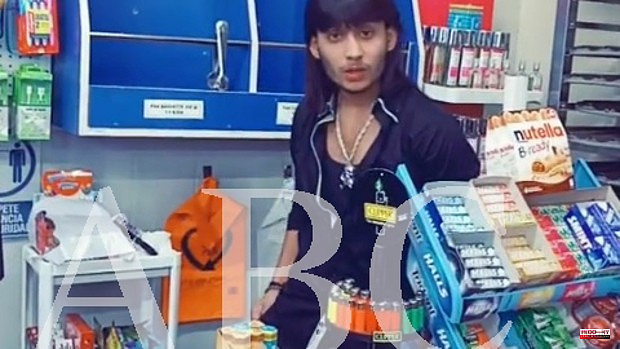 The crime of the sisters from Tarrasa (Barcelona) Uruj and Anisa Abbas, aged 21 and 24, was perpetrated in a village in Pakistan on May 20, according to local authorities. Two days later, the Punjab State Police arrested six suspects: two brothers of the victims, two uncles and two cousins. The latter, with whom the young women had been forced to marry. It is a 'crime of honour', since they wanted to put an end to the forced union.

The main hypothesis is that their relatives set a "trap" for the sisters, who were deceived by telling them that their mother, Azra Bibi, was on her deathbed to force them to travel to the Asian country, where they ended their lives. .

Just a few weeks before, one of his alleged murderers, his brother Asfandyar, led an ordinary life in the Barcelona municipality, as shown by the videos he shared on social networks, and which ABC has been able to see. On March 11, the young man recorded himself jumping rope at the Shark gym, of which he was a regular, in the Sant Pere Nord neighborhood, the same one where the family lived.

The owner of the establishment did not see them again since that month, when another brother, the oldest, Shehryar, had already traveled to Pakistan, but Asfandyar continued to share videos from Tarrasa. The vast majority, in establishments on the Rambla de Francesc Macià.

Among others, in a hairdresser that offers haircuts for 5 euros, and where he poses, idly and shaking his hair with a dryer. The post is from March 18.

During the following three days, this brother of the victims continues to show images of his routine in the municipality of Barcelona. He is exhibited smoking, leaning on a parked car and also working in a grocery store in the city, where he shows the camera a bottle of whiskey and bills that he steals from the cash register.

He is dressed in pants and an unbuttoned black shirt, showing a necklace with a huge skull.

The routine in Spanish territory disappears from Asfandyar's social network on April 15. On that date, he shares, with the phrase "contaminated Spain", images in which he is seen as he accesses the Barcelona-El Prat airport with a suitcase. From there he left for Pakistan, where both his mother and Shehryar would already be found, suspected, moreover, of being the inducer of the double murder, according to what the mother herself pointed out yesterday, in her telematic statement before the Mossos d'Esquadra .

A statement that would confirm the version of the plan hatched to kill the girls.

Only two days later, Asfandyar shares images with one of his cousins, already in the Asian country, while videos of volleyball matches are the usual trend of the profile during the rest of the month, when he also records himself playing, with phrases like "succeed before those who want to see you fail".

It is not until May 3 when Asfandyar shares the first images with his brother Shehryar. Both walk, accompanied by other men, dressed in a camisole and white pants.

Three days later the two can be seen sitting on the grass on a towel, in front of an empty bag of chips and waving at the camera.

The days of the two boys go by between more walks and volleyball games until, on May 15, at least the youngest of the brothers attends a rally of the Pakistan Muslim League, in the town of Kotla Arab Ali Khan , about 50 minutes from Gujrat, where Uruj and Anisa were killed.

There he attended a massive rally. The images show how Asfandyar walks through the crowd, smiles at the camera and is apparently relaxed.

Two days later – when there are three more to kill the two young women – the brother shares a video on his TikTok social network profile in which he walks through the countryside. He wears dark clothes, his hair blows in the wind, sunglasses and sneakers. In this publication he appears alone. No sign of Shehryar, nor of the rest of the men he has recorded with since his return to Pakistan.

The next day –48 hours before the crimes–, the brother shares two more videos: one of a volleyball game in which he participates, and the second, in which he is being lowered from a car.

On May 19, the date on which the sisters would have arrived in Pakistan, Asfandyar does not update his social network.

Yes, it does so the next day, when they were killed, presumably with the help of other relatives, to prevent them from separating from their cousins, also arrested for their involvement in the murders.

Asfandyar's post is, as on other occasions, from a volleyball match. The phrase that accompanies the video is "Praise be to Allah." Two days later, the young man was already behind bars, along with five other suspects for the crimes

1 Strong discomfort in the CNI, which did report on... 2 Ukraine war: Fear, suspicion, and divided loyalties... 3 To mark 70 years of the throne, Robot paints a portrait... 4 Alan White, drummer of Yes, has died at 72. He was... 5 Duchess Meghan visits Texas school shooting site and... 6 Dad says that daughter and her best friends are 'all... 7 Abba Voyage's Virtual Concert must be seen to... 8 The secrets of Pompeii victims revealed by ancient... 9 Instagram moderators claim Iran offered them bribes... 10 Vegans are the meat and dairy farmers who have gone... 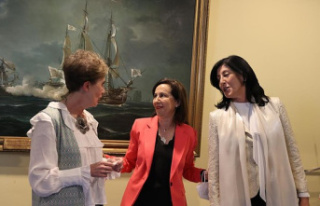 Strong discomfort in the CNI, which did report on...