In the mid-1950s, from different enclaves, a large number of photographers began a process of renewal of the Spanish photographic panorama. 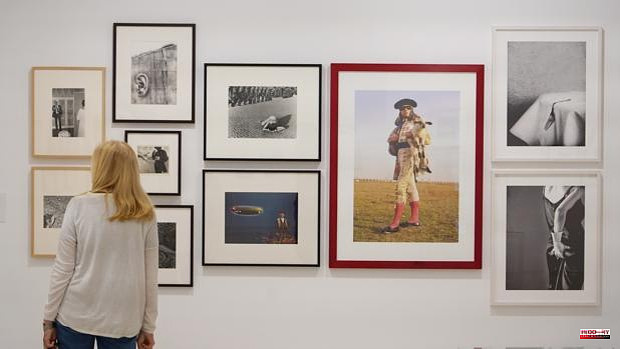 In the mid-1950s, from different enclaves, a large number of photographers began a process of renewal of the Spanish photographic panorama. From then until the 1960s, a series of professionals such as Ramón Masats, Gabriel Cualladó, Paco Gómez, Joam Colom or Carlos Pérez Siquier began to stand out, still leaders today. It is the starting point of 'Derivaciones', the choral tour proposed by the Patio Herreriano through Spanish photography from the 50s to the 80s.

The exhibition, which is part of PhotoEspaña's landing in Valladolid - it has three other exhibitions scattered around the city -, aims to offer a "monumental" overview of the genre and its "fascinating" evolution from the postwar period to years after the Transition. As detailed yesterday during its inauguration by the director of the museum, Javier Hontoria, the objective of the exhibition is to take a trip through three "indispensable" decades for the development of this medium in our country.

In this sense, he praised the "astonishing rigor" applied by the curator Alberto Martín to organize around 280 snapshots, some donated by important collections such as Foto Colectania, but also by individuals and academic institutions.

In rooms 1 and 2 of the museum, small individual groups of artists, of which works, many of them iconic, are displayed, are linked to weave a collective story. Thus, photography as a documentary testimony typical of the 1960s is succeeded by a set of snapshots that reflect the more experimental character that the genre had in the 1970s. Joan Fontcuberta, Javier Campano or Toni Catany were some of the greatest exponents of this decade, who were later succeeded, until the mid-1980s, by Cristina García Rodero, Koldo Chamorro and Ramón Zabalza.

The curator summarizes in the hand program that three aspects guided the selection: the first, the relationship that different groups and artists had with reality; the second, the tension in photography between concepts such as utility and creation; and lastly, the role that certain publications had in defending new positions. In this sense, the last part of the exhibition, with work by Alberto García-Alix, Ouka Leele and Chema Madoz, among others, refers to how these works in their increasingly diverse genres (portrait, street, fashion, still life. ..) began to come to life especially for the magazines.

Together with 'Derivaciones', the museum launched another exhibition project yesterday, this one of a permanent nature and with works from the Contemporary Art Collection. This is 'Universo Ferrant', an exhibition that relates the sculptor's work with his "contemporaries" and friends.

1 Russia announces the death of 80 Polish fighters in... 2 Aid of 200 euros for the unemployed and self-employed... 3 This is how beautiful the Roman Bridge of Talavera... 4 The PPdeG fears that the Avril trains will be relegated... 5 Fuensalida will celebrate the 1st Condale Conference... 6 The tears of Manolo Partearroyo in the proclamation... 7 The vice president of the Board links depopulation... 8 Bagnaia achieves pole position in Assen 9 This will be the new flags for colorblind people on... 10 Castilla-La Mancha registers two new cases of monkeypox... 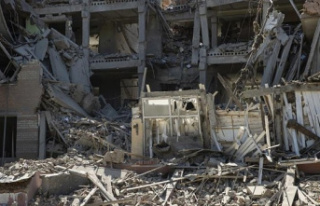 Russia announces the death of 80 Polish fighters in...