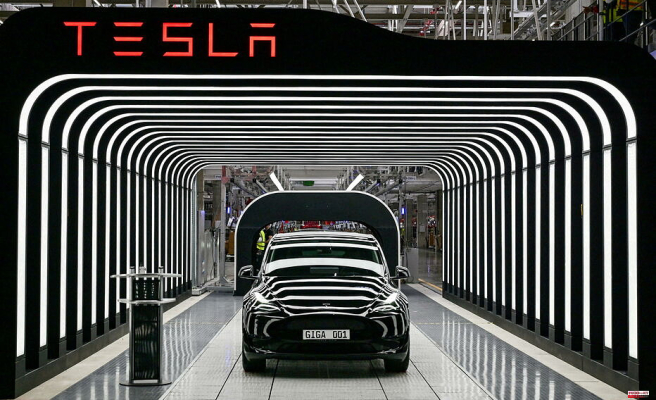 Another concern. The American electric car giant Tesla must recall more than 100,000 vehicles for the third time since April, this time due to a charging problem, the Chinese regulator announced on Monday. The electrical fault can cause the car's "central processor (operating) speed to slow down", as well as potential touchscreen malfunction, the markets regulator (SAMR) said.

Read alsoFatal accident, complaints… the manufacturer Tesla under the threat of a class action in France

“In extreme cases, the central processor may restart and the screen may not be displayed (…), which may constitute a danger”, specified the regulator in a press release. The recall affects 107,293 Model 3s and Model Ys produced in China between 2021 and 2022. Tesla had already recalled nearly 128,000 vehicles in early April due to component failure, followed by nearly 15,000 more by the end of last month. after a software problem.

China and the No. 1 market for Tesla

Last year, Elon Musk's company had faced numerous complaints in China on social networks last year for alleged quality and service problems. In April 2021, the stunt of a disgruntled customer at the Shanghai Auto Show sparked a wave of criticism against the brand. Perched on the roof of a Tesla, she claimed to have almost died due to a failure of the braking system. The images had gone viral.

China is the most important market for the brand. Elon Musk's company built a gigantic factory there in Shanghai in 2019 and a quarter of its total production is sold in the country. But the confinement of the Chinese economic capital due to an epidemic outbreak of Covid-19 had serious consequences for the brand: Tesla had to suspend production for three weeks in April.

According to the official New China news agency, the American manufacturer sent a new shipment of 4,000 cars produced in Shanghai to Belgium on Sunday.

1 The Valencia Metro opens its Line 10 on May 17: from... 2 Arrested for threatening his wife and daughter and... 3 Athletic will play Europe on Sunday at 10 p.m. 4 Carnero announces a new Territorial Cohesion Fund... 5 Sentence of 427,000 euros to the Barcelona City Council... 6 "Do you want us to go to your house?": the... 7 The Civil Guard helps a nonagenarian woman inside... 8 Juan Carlos I is considering visiting Spain next weekend 9 The Rueda government starts walking: "Galicia... 10 Rubiales would have paid with RFEF money for a private... 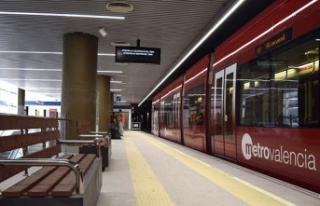