'Chemsex', the cocktail of sex and drugs that rebounds among the most attended addictions in Madrid

It was born in the Anglo-Saxon world and spread to Spain in 2015, where it triggered a spike in sexually transmitted diseases. 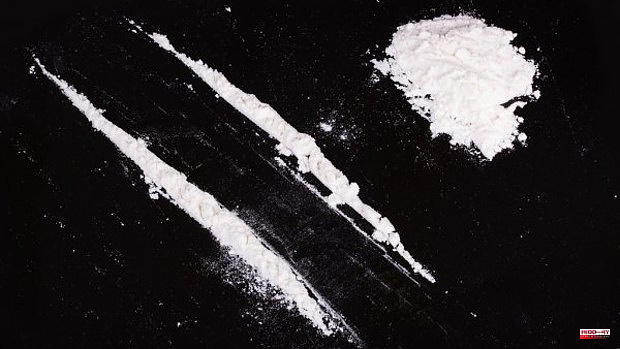 It was born in the Anglo-Saxon world and spread to Spain in 2015, where it triggered a spike in sexually transmitted diseases. The following year the first addicts appeared and, since then, chemical sex and its consequences have not stopped growing. The term is 'chemsex', a cocktail of sex and drugs in parties of disinhibition and debauchery that opens the door to risky practices, abuse and psychotic symptoms. In Madrid, in just six years, the number of addicts has multiplied by seven.

Five years ago, Andrés Quinteros predicted it. In the coming years, "the people who now frequent the 'chemsex' will fill the addiction centers," predicted then the director of the Madrid Addiction Treatment Center (CETRAD).

The figures confirm it. In 2017, the first year of the patient registry, the CADs treated 50 people addicted to 'chemsex'; in 2021, the number rose to 351 cases, according to data from the Security and Emergencies Area of ​​the Madrid City Council.

"Classic drugs tend to decrease in their impact on Madrid society and these types of issues related to behavioral addictions, social networks, gambling addictions, 'chemsex' are advancing," the municipal spokesperson and delegate of the area, Inmaculada Sanz, during the presentation of the council's new addictions plan for the next four years. Chemical sex, together with the abuse of video games and social networks, gambling and the use of psychotropic drugs, already accounts for 8% of the total number of cases attended to last year in the network of the Institute of Addictions, dependent on Madrid Salud.

Mefredona, GHB, methamphetamine, cocaine and ketamine are the most used narcotic substances in the practice of chemical sex. Many of them are injectable, which is known as 'slamsex' or 'slamming'. The profile of these consumers, homosexual men in their thirties, is usually related to emotional and socialization problems, according to experts. As reported by ABC when the problem was triggered, some take advantage of the disinhibition that drugs provide to unleash the sexual orientation that they hide in the closet. Apps like Grindr and Scruff have helped extend these encounters, which can go on for hours.

Although the recent addictions are gaining ground, the usual dependencies still dominate the statistics of the Madrid CADs. 35% of people are treated for problems with alcohol, 22.5% for opiates, 21% for cocaine and 13.5% for cannabis. The balance of the capital was settled last year with around 9,200 people in treatment. More than a thousand families and more than 600 patients found work. The Addictions Institute assisted more than 2,100 adolescents and young people and more than 1,700 families in its Family Orientation Service and intervened in almost 300 educational centers, reaching a total of 23,200 students and 1,400 teachers.

Given this scenario, the council has planned to increase the budget for the 2022-2026 addiction plan by 2%, with more than 24 million euros. A strategy that "adapts to the real needs that currently exist" in the city, assured the municipal spokesperson, and that is based on seven lines (and 22 general objectives). Prevention, comprehensive care for young people and adolescents, reduction of risks and harm from addictions, comprehensive treatment through CAD, prevention of gambling and video game addiction, coordination and networking, and supervision and improvement of the plan.

“We are going to continue to fight against all kinds of addictions because it makes life difficult for people, for our young people, and we have to raise awareness every day to say that drugs are not a game, that addictions are not a game,” Sanz pointed out. With special emphasis on young people, and on the growing abuse of screens, the city council has already launched a campaign on the web and social networks to prevent the excessive use of social networks and video games with the hashtag

1 Groups of robbers fueled the disturbances in the macrobotellón... 2 The metamorphosis of the Ice Palace: from morgue to... 3 The 45 black spots with the most accidents on the... 4 Top the price of visiting tickets, the desire of the... 5 Spain lives on the wire 6 Without privileges for Andorra de Piqué 7 If you are going to visit Asturias to eat only fabada... 8 A judge indefinitely prohibits bullfights in Plaza... 9 Mexico City bullfighting ban extended indefinitely... 10 The US affirms that the 250 Honduran workers that... 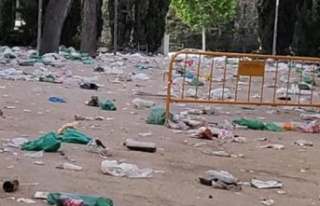 Groups of robbers fueled the disturbances in the macrobotellón...