Chef Ferran Adrià predicts the next challenges for restaurants

Chef Ferrán Adrià on Tuesday urged hoteliers to "put the knife in the neck" of management and to have "super-controlled" numbers in order to overcome the five challenges that currently threaten the survival of restaurant businesses: " covid, war, inflation, lack of staff, both in the dining room and in the kitchen, and taxation. 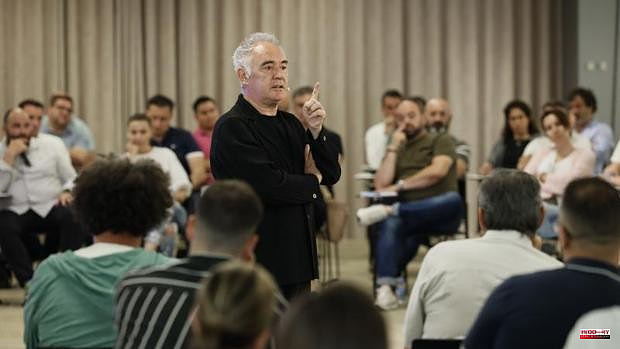 Chef Ferrán Adrià on Tuesday urged hoteliers to "put the knife in the neck" of management and to have "super-controlled" numbers in order to overcome the five challenges that currently threaten the survival of restaurant businesses: " covid, war, inflation, lack of staff, both in the dining room and in the kitchen, and taxation.”

The founder and president of elBullifoundation has passed on this recipe for business success to the 90 Valencian hoteliers who are participating until next Thursday in the 'Intensive Course in Restaurant Management', an initiative promoted by Caixabank in which restaurant management is analyzed as an SME, innovation, budget control, customer relations and a session dedicated to the efficient management of wine.

The program has other Bullifoundation collaborators such as Ferran Centelles, Silvia Timón, Silvia Sánchez or Ernest Laporte.

In this sense, he has insisted that they must take care of the management of their businesses to avoid the current closing figures: fifty percent of the premises last less than five years, 22% no more than two years and between 80% and 90% do not make an annual budget, which is equal to death today».

In this regard, he stressed that we live in "a very convulsive moment" due to the pandemic, but he has confirmed that the difficulties "come from behind." However, until now, a congress focused on the business vision of restaurants was "unthinkable": "Everyone was interested in culinary innovation and in following spherification techniques, but as soon as management was addressed, two cats remained."

However, he stressed that both the new generations, as well as the old ones, "have realized that you have to stick the knife" in the management to get ahead and "transfer the good practices of large companies to the restoration: if They last five years and they do something well and we have to learn from the good and take it to our territory and sector and attack ».

In this sense, it has stressed that all businesses, regardless of their size and turnover, must have "super-controlled numbers" in order to survive the consequences of two years of the pandemic, which is being generated by the war in Ukraine, at a inflation of 8.7% that can lead to stop earning and even go into losses, a lack of staff that will lead to premises not being able to open this summer and "tax pressure that can make those who earned 10% you stay at 0% ».

Faced with this new reality, he has defended that "the future lies in co-management" and because in all businesses, even if they have four workers, the owner has "someone who supports him and who also knows numbers, overcoming the fear that words give techniques”.

In the same way, he stressed the importance of "knowing how to sell" and to do so mastering social networks, as well as "always maintaining an innovative attitude" and "being open to changes" to extend the life of the restaurant. "You have to be willing to change and know how to instill it in the whole team, which is not so easy, it's like a sourdough that is being made," he pointed out.

However, despite pampering all these success factors and doing everything well, "black magic can always arise, that something that you don't know what it is but that sometimes prevents a restaurant from succeeding." "It rarely happens, but it happens," he noted.

This course is part of the collaboration agreement between CaixaBank and elBullifoundation, which have been working together since 2015 to develop joint projects with one main axis: innovation.

In addition, within the framework of this collaboration, CaixaBank and elBullifoundation offer continuous specialized training in restoration through the CaixaBankLAB Campus portal. The portal has a free online training program aimed at all CaixaBank customers in the sector and those interested in opening a restaurant business.

1 Canarian teachers confirm the ineffectiveness of the... 2 This is how Rafa Nadal trains mental strength 3 An agent of the National Police saves a man who bled... 4 Dmitrenko denies being a spy and assures before the... 5 Spanish researchers build a building that is proof... 6 Residencial Kings, where reconciling work and personal... 7 Gilmar, the best option to find the house of your... 8 An exhibition celebrates the 30th anniversary of the... 9 The immersive art of Ron Arad surrounds La Marina... 10 Hablamos Español wins the support of the PP, Ciudadanos... 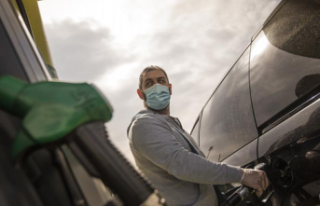 Canarian teachers confirm the ineffectiveness of the...