CHARLOTTE | In the first-ever home game in Charlotte FC history, the team broke an MLS attendance record with a crowd of 74,479. 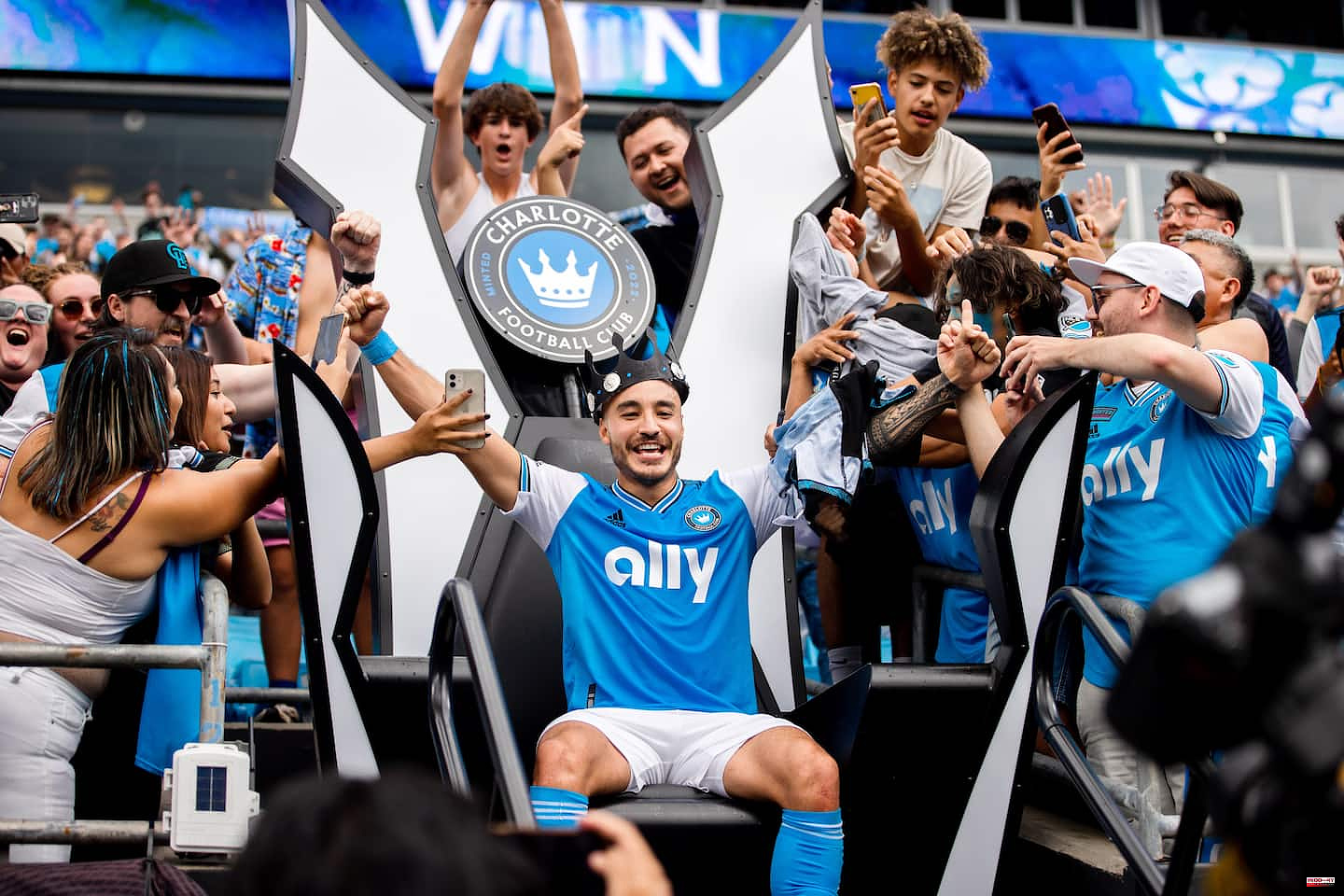 CHARLOTTE | In the first-ever home game in Charlotte FC history, the team broke an MLS attendance record with a crowd of 74,479.

It strikes the imagination, but it did not happen by itself. It's the result of hard work since the league awarded the team to the North Carolina city in 2019.

"For us, it probably all started in 2018 when David Tepper bought the Panthers and talked about having an MLS team in the stadium," says chairman Joe LaBue.

“We started working from there and it was kind of like an extracurricular project. Our axis was to target the community. »

But before that infamous sold-out crowd that put Charlotte FC on the MLS map, there was a lot of groundwork that was done in the community and it started within the organization.

LaBue hosted the Journal rep at the club's quarters, which are in a downtown office tower five minutes from Bank of America Stadium.

We discover an anthill where a good thirty employees are busy. The atmosphere is relaxed, it's jersey Friday, everyone is wearing club colors and the president is in jeans and sneakers.

And it is in the spirit of the club, which wants to be unifying and which wants to offer a more relaxed alternative to the NFL, which tends to be formal.

The people of the Charlotte area quickly took ownership of the team, even before it actually existed.

"If you look at the footage from the 2019 announcement, you can already see fans with drums and tifos," LaBue said. That's when we realized we had something.

“We organized a party in a brasserie afterwards and people were lined up in rows of onions because there was no more room because there were so many people.

"That's where the party spirit kicked in, we wanted it to carry over to the stadium. It contrasted with what was done in the same stadium for the NFL. »

It all seems to have been easy, but think again. Initially, the team was supposed to hit the scene in 2021. Then the pandemic hit.

"It was a special situation," LaBue said. We had one more year, but because people were struggling due to the pandemic, we couldn't always be in their faces and ask them to buy tickets. There were much more important things than soccer.

“We adopted a door-to-door strategy rather than always being in the media. We took the time to meet people. »

And, of course, there was the fear that the craze would be dampened by a twelve-month wait.

“This delay made us fear a loss of interest and, quite honestly, we lost momentum. We had to know when to press the accelerator when we came out of it.

"It took until late spring 2021 to come back strong and that's when we started to have a big presence again. »

Before the pandemic hit, the club was present everywhere it could be in order to create strong bonds with the people of the region.

That was the goal, but let's go back to this full house which came to validate all the work done since 2019.

“We were hoping for a full house in the first game. Any other scenario would have been interpreted as a failure,” Mr. LaBue acknowledged.

"That's been our driving force for over a year. We wanted to fill the stadium and we knew we could do it. »

“It was very emotional to see the stadium full, to see the groups of fans who were with us from the start. I had huge chills. »

CHARLOTTE | Zoran Krneta was hired as the sporting director of Charlotte FC just days after the team's inception in December 2019.

The Serb, who had just spent 35 years in London, was a players' agent and overnight he became a salesman. “We had to find players without even having an identity or a name. In fact, our first two hires were made before the name was even revealed. We bought them as Charlotte MLS,” he said as he sat in the stands at Bank of America Stadium.

What's more, he was selling a city he wasn't very familiar with.

"Actually, I was selling something that I didn't know well enough yet. »

When he started his research to attract players, he had absolutely nothing to show them.

“It was not easy to convince them. Now I am selling a full stadium with 74,000 spectators and an incredible atmosphere.

"Before, I had photos of a stadium that we had to photoshop because there were football lines and the Panthers logo."

Also, as this was a new team, there was still some vagueness around the interest even though the signs were very encouraging.

"We didn't have a lot of supporters yet, in fact we didn't know how many supporters we would have. So I had to sell the team based on a lot of ifs while other sporting directors had a lot of selling points. »

Knerta therefore tried to play on Charlotte's charms by also playing a little on words.

"It's an amazing city, but I had to sell it. We are an hour's flight from New York, an hour and a half from Miami and four hours from Los Angeles.

"The international airport is so big that you can fly anywhere in Europe non-stop."

And to seduce the Europeans, he pulled out the violins and the advantageous comparisons.

"For some players, I used the comparison with Valencia, Spain. But that's not quite the case because it's a bit colder here in the winter. This is not the Costa Del Sol in Spain.

"But I was telling them it's summer almost all year round, except for January and February, which is preseason anyway. »

A strong sports market on the US East Coast

CHARLOTTE | Among major cities in the United States, Charlotte's progress is remarkable.

Charlotte ranks 16th among the largest American cities and is ahead of well-known cities such as San Francisco, Seattle, Denver, Washington, Nashville, Boston and Detroit.

Yet all of these cities except Nashville lead Charlotte in TV market capacity, which is the hallmark of American sports.

With a metropolitan area of ​​over 2.6 million, Charlotte represents a strong sports market.

It is also one of only three cities to have an NFL and NBA team without having a major league baseball club. The others being New Orleans and Indianapolis.

There has long been interest in major league baseball, but the AAA-caliber Knights have a firm foothold there.

They play at Truist Field, a 10,200-seat stadium that is only eight years old and located one home run from Bank of America Stadium.

Moreover, the city is well served with the Panthers of the NFL, the Hornets of the NBA, the Charlotte FC of the MLS, the Checkers of the American Hockey League and three other professional soccer teams, including one for women. And let's not forget the NASCAR Hall of Fame.

It was therefore a market that was ready to welcome Charlotte FC, especially since North Carolina is passionate about soccer.

"The market was 100% ripe," says Joe LaBue. This is one of the main reasons we were convinced it would work. »

What's more, we decided to count on the fact that the city is booming and attracting people from all over the United States.

“We walked around the room we were in and found that very few of us were from Charlotte.

“You move here because you want to live here. Charlotte is more of a place where people come to put down roots.”

To firmly anchor itself in the community, the organization therefore decided to target newcomers.

“We knew that we could become a means of integration for people coming to town.

"People coming in don't have to adopt the Hornets or the Panthers, who've been around for a while. They can become the first supporters of the team. »

And since the growth of the city, which has a very vigorous banking sector, does not seem about to slow down, the strategy is likely to pay off.

Charlotte is also privileged by its geographical location.

In the heart of the southern United States, it can develop rivalries with Nashville, D.C. and Orlando. But nothing beats the natural rivalry with Atlanta, located less than four hours away by I85.

"Organically, Atlanta is our direct rival and it's been baked into our brains since the first post-announcement party in 2019," LaBue says with a smile.

"It's a healthy rivalry with a team that did very well from the start. We've played against them twice already and there were a lot of fans on the road in both games. »

1 An outbreak of COVID-19 in a Canadian navy boat 2 Oil spill in Peru: compensation of 4.5 billion dollars... 3 Brand new summer the first day of open pools 4 Provincial elections: 2 QS deputies back to defend... 5 CF Montreal wins in a hostile environment 6 Bergeron's future still uncertain 7 With three awards, including “Artist of the Year”,... 8 Life and miracles of San Isidro on a map: the city... 9 League Final with water up to the neck, the fight... 10 Organ donation: Swiss vote on presumed consent 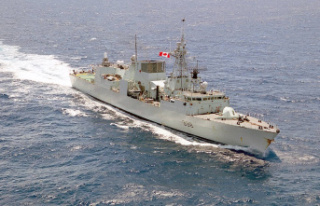 An outbreak of COVID-19 in a Canadian navy boat