Thanks to her four prizes won during the Juno weekend in Toronto, the name of Charlotte Cardin made the headlines of the major American cultural media. 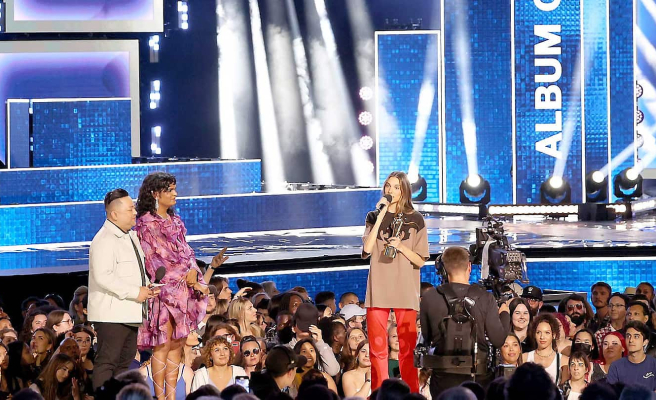 Thanks to her four prizes won during the Juno weekend in Toronto, the name of Charlotte Cardin made the headlines of the major American cultural media.

The Rolling Stone, Billboard, Variety and The Hollywood Reporter all highlighted the triumph of the Quebec artist in their coverage of the awards ceremony highlighting excellence in Canadian music.

"Charlotte Cardin dominates with four wins, including Entertainer of the Year," the Hollywood Reporter captioned, above a file photo of Charlotte Cardin.

"Charlotte Cardin wins big," noted Variety magazine. The article repeated several statements by the Quebecer during her meeting with the press, Sunday evening, after the gala.

The most cited artist of the 2022 vintage with six nominations, Charlotte Cardin won the Juno awards for Artist of the Year, Album and Pop Album of the Year (for Phoenix) and Song of the Year (Meaningless), awards also coveted by Shawn Mendes, The Weeknd and Justin Bieber.

"It's really extraordinary for a Montreal-based project to get this kind of recognition. It is not easy to reach the other provinces when you come from Quebec. I take these awards as validation and an invitation to keep working hard,” Charlotte Cardin told media in Toronto.

Festival d'été de Québec programming director Louis Bellavance, who attended the Juno gala, believes Charlotte Cardin's dominance will pique the curiosity of many in the industry, in Canada and the United States. , who will wonder who is this Quebecer who beat world stars.

“In addition, the awards she has won are based on the consumption of her music, i.e. sales of albums, concert tickets and listens on online platforms. It wasn't just a jury that decided. The numbers spoke," he submits.

In the short term, believes Mr. Bellavance, one can believe that Charlotte Cardin will give concerts in halls that can accommodate more spectators in English Canada. “She will be able to make rooms of 2000, 3000 or 5000 people. »

In any case, it will certainly not affect the attendance of his show during the opening night of the FEQ, July 6, on the Plains of Abraham.

Charlotte Cardin will be at the Impérial Bell in Quebec, from Wednesday to Saturday, then at the MTelus in Montreal, from May 27 to 29, for seven sold-out concerts. She will participate in the Pully-Québec festival, in Switzerland, on June 8.

1 5 things not to miss at the Cannes Film Festival 2 More than 130 executives appointed by Quebec earn... 3 Milk: Washington threatens Canada with trade retaliation 4 Quebec almost “the laughing stock of the planet”... 5 Mantes-la-Jolie turns the page Pierre Bédier... and... 6 Montreal: at least $28 million more to restore city... 7 Waiting for 2 lungs, he saves a toddler 8 A policewoman saved by her cold blood 9 12 shadow heroes honored 10 Mission accomplished for the Océanic 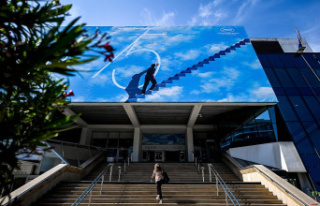