Five months of intense work at the Maxi Edmon de Rothchild team shipyard to fine-tune the giant multihull that will compete in the next transatlantic Route du Rhum skippered alone by Charles Caudrelier. 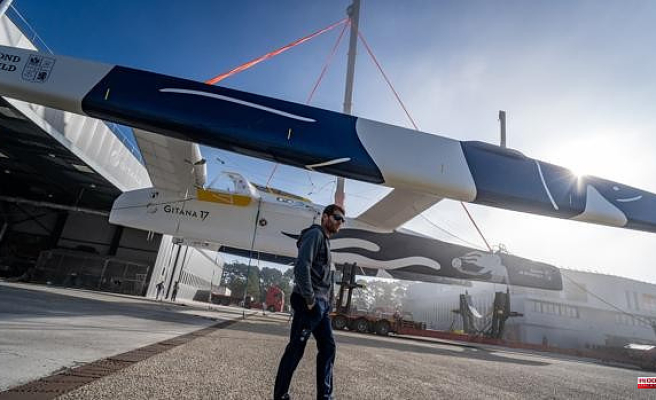 Five months of intense work at the Maxi Edmon de Rothchild team shipyard to fine-tune the giant multihull that will compete in the next transatlantic Route du Rhum skippered alone by Charles Caudrelier. He will previously participate in other regattas on the Ultim 32/23 class circuit, specifically in the Finisterre Atlantique on July 1 from Concarneau.

While some of his rivals were participating in the ArMen Race with a crew, Charles Caudrelier preferred to go solo to the Fastnet, the conditions were ideal. Maxi skipper Edmond de Rothschild was able to enjoy some high-speed phases to return to competition aboard the 32-metre giant.

"There was a lot of variety during these 36 hours and that is precisely what I was looking for to get back on track.

Nothing extreme in terms of wind strength, but I had up to 25 knots in the Irish Sea. With a lot of reefing maneuvers, headsail changes and technical points of the sail... We made good averages close to 40 knots, which is always very instructive to know what pace I can give the boat. And this false solitaire format is also very interesting for the management on board. There was a lot of maritime traffic on the route, freighters and small fishing boats, which required a lot of vigilance and, therefore, little sleep on my part. The exercise is really interesting and this type of format allows you to learn a lot. This is how you progress, solo and in more oceanic configurations", confides Charles Caudrelier, very focused on his goal for the year, the legendary transatlantic regatta between Saint-Malo and Pointe-à-Pitre.

Starting next week, and after some more specific technical starts, the sailor hopes to go out to sea again for several days to complete the solo qualifying course necessary to start the Route du Rhum - Destination Guadeloupe on the 6th. of November.

The Maxi Edmon de Rothchild team has created a new structure for this 2022 season, opening a new chapter. In 2019, the choice of a duo at the head of the 32-meter giant had caused a lot of ink to be spilled. However, this bold bet will be more than pertinent; From 2019 to 2021, in three seasons, whether double or crewed, Franck Cammas and Charles Caudrelier have won practically everything: Rolex Fastnet, Brest Atlantiques, Drheam Cup, Transat Jacques Vabre... Five wins out of six races held! ! In early 2022, in view of the upcoming "solo" show, Franck Cammas wanted to change his status within the Gitana team in order to invest in other supports. He becomes an adviser and will technically accompany Charles in his preparation for the Rhum, but the sailor of the decade will no longer share the helm with his accomplice.

“It is a big change and I lose a very valuable co-skipper in Franck. But he will not be far away and he will be with me on land and sea throughout my preparation. His immense experience and wisdom on multihulls will be invaluable assets. I was leading to victory, so I hope this year the roles are reversed... The Route du Rhum is the challenge I have had in mind since I joined Gitana. This race is our Olympic Games in multihulls. The big regattas in A Two have been ideal training as these races are still part time solo races... but I am looking forward to getting back to solo exercise which I especially like.In multihulls the man really makes the difference. it depends on finding the best combination to get the cursor as high as possible in six months time I have to navigate, do a series of fake solo trips and then solo, 2 days, 4 days... I'm much more impatient and excited than stressed . The Route du Rhum is my dream and I have been working to achieve it for more than three years”; Caudrelier commented.

It should not be forgotten that one of the great objectives of the «Gitana 17», in addition to trying to win all the possible regattas, is to establish a new round-the-world sailing record with a crew, smashing the current Jules Verne record currently held by IDEC Sport in 40 days 23 hours and 30 minutes.

1 They present another lawsuit against Rubiales and... 2 Robert Lewandowski says that football is over. 3 ISERE. 15 college students in L'Isle-d'Abeau... 4 Bergerac: On a stolen scooter, the thief tries to... 5 Vianne: The attics were emptied in the sun 6 The return of the British will pull tourism GDP, but... 7 Legislative 2022. Ardeche: "Herve saulignac is... 8 Are electricity prices expected to rise in 2023? Bruno... 9 Frederic Leclerc - Imhoff, a French journalist, was... 10 Pro D2 final: 2200 tickets available starting Tuesday,... 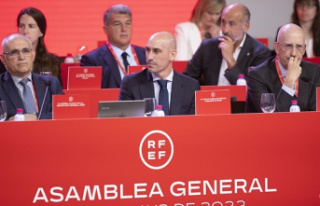 They present another lawsuit against Rubiales and...