Chanel is unique, but there is more than one 'Chaneles'. 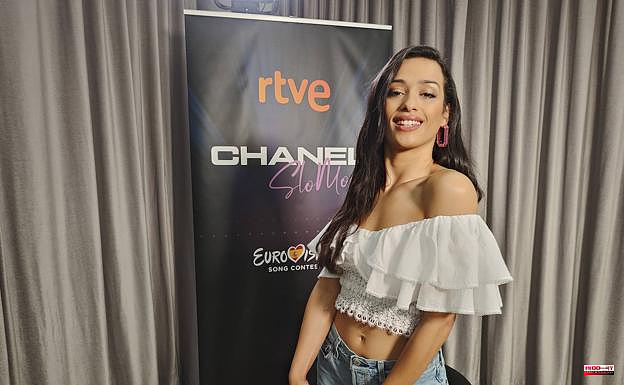 Chanel is unique, but there is more than one 'Chaneles'. Specifically, 143 women in Spain are named after the singer who achieved a tremendous third place in Eurovision. Those who bear this name (which is also that of a prestigious haute couture brand and its perfume) are very young, 10.1 years old on average, considerably younger than the interpreter, who is 30, and they live, above all, in Barcelona ( 16), Alicante (15), Madrid (14), Valencia (13), Malaga (8), Castellón (7), La Corña (5) and Granada (5). Chanel is not, by far, one of the most common names in Spain: it ranks 5,181, but it is very likely that in the coming years there will be a 'Chaneles' baby boom. It has everything to be fashionable.

The report 'Most frequent surnames and names', published by the National Institute of Statistics (INE) every year and whose last update (with data up to January 1, 2021) appeared this Tuesday, is a sociological sample of the country, of the traditional names (many of virgins and saints) that were used decades ago and of the most diverse, original and multicultural ones that are used now.

But something has been changing for a long time and other names are preferred for newborns. Lucía (3,432 girls received this name in 2020) and Hugo (3,313) have been the new María Carmen and Antonio for years. Among the girls, Sofía, Martina, María, Julia, Paula, Valeria, Emma, ​​Daniela and Carla also triumphed, and among the boys, Mateo, Martín, Lucas, Leo, Daniel, Alejandro, Manuel, Pablo and Álvaro. And although the decision of each father and mother when it comes to baptizing their children is unfathomable, it may, for example, have had something to do with the success of Valeria's series of best-selling books by Elísabet Benavent and in that of Leo, the triumphs of Messi (the average age of the Leo is 5.4 years and is one of the most liked in the province of Barcelona, ​​but also in Zaragoza, La Coruña or Malaga). Izan, Liam, Gael, Dylan, Amin or Mohamed, among the boys, and Chloe, Aitana, Nora, Amira, Yasmín or Fátima, among the girls, are some of the names that were testimonial decades ago and are now in the rankings of the most chosen.

The list of the most frequent names is a treasure that allows us to discover, for example, that in Spain there are 38 girls called Khaleesi (like the protagonist of 'Game of Thrones') and that they are 3.8 years old on average; and that the 47,652 Spanish Ikers are 16.1 years old on average (undoubtedly the pull of the Real Madrid exporter and the national team). Many Rosalías appear (18,245), but their names, in general, have little to do with the artist (60.7 years old and is not among the most placed in 2020) and a good number of Shakiras, 624 Spanish, 16.8 years on average, but be careful, the Chanel earthquake may have its aftershocks, in the coming years, also in the INE.

1 Catalonia raises a tax per cigarette to encourage... 2 Feijóo recites article 2 and settles the controversy... 3 Bryan Adams will perform in Illescas on July 22 as... 4 María Tello debuts with the Spanish hockey team 5 Mobile phones hacked to soccer players: what do they... 6 The leaders of the black market for the sale of butane... 7 Nadal will seek the fourteenth crown at Roland Garros 8 Museum Day 2022 in Valencia: free tickets, new schedules... 9 Rueda claims "linguistic cordiality" and... 10 Affected by inhaling smoke a pregnant woman by a burnt... 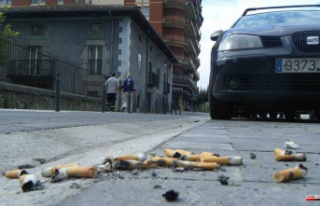 Catalonia raises a tax per cigarette to encourage...