Chanel, from Eurovision to lover of Hernán Cortés

Chanel's success in Eurovision has aroused curiosity about her figure and although for some it has been a sudden revelation, the truth is that her face has been appearing on the small screen for years. 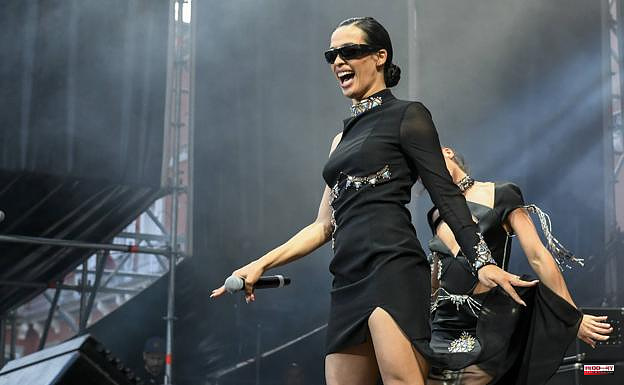 Chanel's success in Eurovision has aroused curiosity about her figure and although for some it has been a sudden revelation, the truth is that her face has been appearing on the small screen for years. A multidisciplinary artist, she arrived from her native Havana at the age of three with her mother, who decided to cross the ocean for love. She settled in Olesa de Montserrat, in Barcelona and when she was only 7 years old she began to train as an artist, always with the unconditional support of her mother. Thus, she took classes in dance, rhythmic gymnastics, singing and acting. Time well spent according to the result on the Turin stage last weekend, with a third place that tasted like victory.

His passion has led him to train with names as recognized as Coco Comín, Víctor Ullate or Gloria Sella. When she won the Benidorm Fest and the 'haters' criticized her on networks, among her supporters was Víctor Elías, who played the popular Guille in the 'Los Serrano' series and who was her partner for a while. «I fall short with all the words I have about Chanel. Preparation! Delusion! Passion! Vocation! Talent », she wrote.

Now, he is the boyfriend of Ana Guerra and Chanel, jealous of her intimacy, has a new companion who has supported her at all times, but always away from the spotlight. Among the confessions that he has made during his interventions in different media is that he has two parents. «I have the biological one and, then, the one who has raised me. That's great », he told Miki Nadal in a television program where, in addition, he highlighted the good relationship between the two. However, the figure that seems decisive in his life is that of his mother. It was she who instilled in him a taste for show business.

At just 16 years old (she is now 31), she moved to Madrid to continue training and her efforts led her to be a dancer for Shakira at the MTV Europe Music Awards. He has been part of the cast of the musicals 'Mamma mia', 'The Lion King' or 'The Bodyguard', and has also played characters in such well-known series as 'Gym Tony', 'The Secret of Puente Viejo', 'Forgive me, Lord' or 'Red Eagle' among others. Her next professional challenge is next to Nacho Cano. She will be the protagonist of 'Malinche', which will be released on September 15. A project that tells the love story between the indigenous Malinche and the Spaniard Hernán Cortés during the conquest of America. "Chanel is a beast on stage. She has power. She is one of the strongest artists I have seen », the music producer said about her.

Now, he is recovering from the hangover of success that has even cost him a small health mishap. And it is that after hours of crying for emotion, so much irritation led to conjunctivitis that prevented him from taking off his glasses in her performance before hundreds of people from Madrid in the Plaza Mayor. Because, although he has always shown his best face, it has not been an easy road: «Realistically, now yes, I can say that we have had an incredibly hard time but this is what is worth it: the art, the good vibes, the work … », he said just before thanking «all of you who have jumped on the boat from the beginning».

1 Tiquismiquis 2 The White House tackles Bezos, who criticizes his... 3 Ukraine counter-offensive drives Russians out of Kharkov... 4 Ukraine's counteroffensive drives Russia out... 5 The DGT announces the end of the mirrors thanks to... 6 return of the king 7 Belarus, the Russian rearguard 8 fire in the body 9 More inflation, more taxes 10 grow in freedom 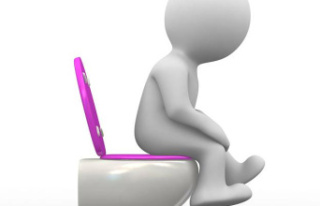