Celtic secrets in the largest labyrinth in Spain

Combination of magic, game and history without equal in Vilarmaior. 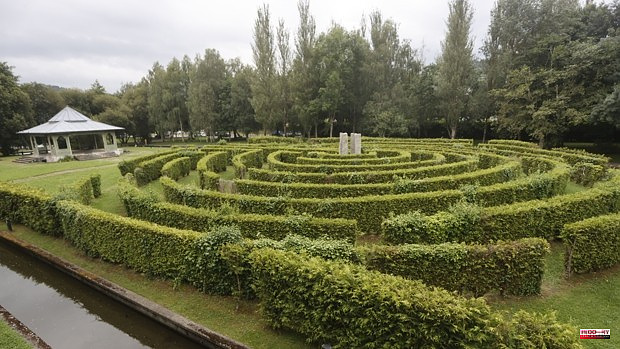 Combination of magic, game and history without equal in Vilarmaior. The roots of 4,000 cypresses come together under the ground of this municipality of Brigantine to honor those of the land that saw the Celts prosper in prehistory. The title of the largest labyrinth in Spain is now held by the so-called 'de Breoghán' since it opened its doors on June 4, offering its visitors a challenge full of enigma, emotion and adventure. In honor of the petroglyph route declared in the area in 2017, the promoter of the project, José Luis Meitín, decided to build this impressive work of 6,120 square meters and walls of cypress trees two and a half meters high emulating the stone drawings of the well-known Stone of the Labyrinth of Mogor and that of Meis.

Sharing the mysticism of petroglyphs, the objective of this puzzle game is to represent a journey from darkness to light and thus unlock the secret wisdom that can only be obtained after passing a test. And there are no loose ends in this lace. José Luis supports the theme of his project in that the labyrinths were a symbol of protection for the Celts, because they were found in tombs with the purpose of guiding intruders and forming maps to guide those souls that have departed to the afterlife. The key to unraveling the mystery of this game and getting out is to learn by observation about everything around us, to be able to identify patterns and, thus, successfully overcome the challenge. A lesson from the Celtic ancestors that will not only help users to get out of the Breoghán Labyrinth, but also to find answers to many complicated situations in life.

Like all great projects, carrying out this initiative took many years and effort. José Luis, who is the total architect as Daedalus was when building the Labyrinth of Crete, conceived the idea five years ago and went through many difficulties to achieve its materialization. He explains that the most complicated thing was to get hold of a plot since he “didn't want to buy, just rent, and the lots are mostly used for housing construction. When you say you want it to make a labyrinth they look at you a little badly, and they reject you». There were so many refusals that this expert agronomist from Viveiro rushed to sign the agreement with the first and only person who said yes. With the help of his father, José Luis planted more than four thousand cypress trees, which took several years to grow, and who draw the design commissioned from the Catalan Raúl Castellar. At the heart of the labyrinth, naturally following the established theme, is a large Celtic cross, which was traditionally used to mark a place as religious or cult due to its mystical importance and its properties. The rest of the scheme is completed by rounded forms and folds typical of the Celtiberian style, which have already been filled with visitors eager to get lost in the curves of the work built by the Galician Daedalus.

And it is that this new tourist attraction in Vilarmaior is suitable for all audiences: «We have people of all ages, and everyone has an equally good time. It's safe, the corridors are wide to avoid claustrophobia, and we have a phone to call if someone gets lost," explains Meitin. It also has a parking area, a picnic area, toilets and a point of sale for food and drink. It will open in the spring-summer season, from Easter to the bridge on October 12, from 11:00 a.m. to 8:30 p.m., a standard ticket of 5 euros and reduced prices for children.

Although José Luis has already seen his project materialized, his ambitions do not end here. In view of the good reception it has received from the public, Meitin will introduce a new game to raise the level of difficulty, challenging those who dare to undertake the challenge in hard mode. Taking the legend of Breogán, the mythical Galician king who has lent his name to the project, the challenge that will be implemented in July consists of searching for the ten children of this legendary being in the recesses of the labyrinth. They will be reflected in a dozen strategically hidden panels, in each of which the player will find clues to decipher the final enigma, which is to know the number of steps that the Torre de Breogán (the Tower of Hercules in Coruña in Galician Romanesque literature) has. ). If you reach the end without any information, it is impossible to complete the puzzle, so you have to turn around and find the missing child to put all the pieces together. Meitín also plans to reform the booth where the employees work to convert it in a palloza, the typical residential construction of the castros.

He also has in mind to build a tower as a lookout at the end of the maze, so that people who manage to solve it are rewarded by contemplating the entire work from above. Nobody doubts that the project will continue to grow, attracting more and more tourists and locals to this peculiar and original way of teaching about the culture, history and values ​​of a wise and magical people by nature.

1 The opening of the CaixaForum in Valencia expects... 2 They arrest 32 people and investigate another 49 for... 3 Five arrested for paying a minor in exchange for sending... 4 They are looking for two men for raping an Irish tourist... 5 Sánchez announces reductions in transport and an... 6 Several NGOs raise the dead to 27 in the attempt to... 7 Mazón defends a "greater freedom" to "improve... 8 The young man stabbed when defending a minor from... 9 Page: «The approved transfer is double what it will... 10 They dismantle several drug sales points in the Casitas... 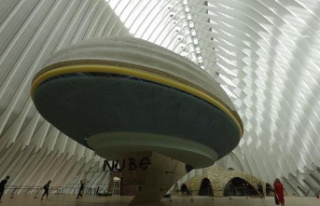 The opening of the CaixaForum in Valencia expects...