"With the current operation deployed normally and in its entirety, the sources of the fire would have been controlled before it reached a size that made it untreatable. 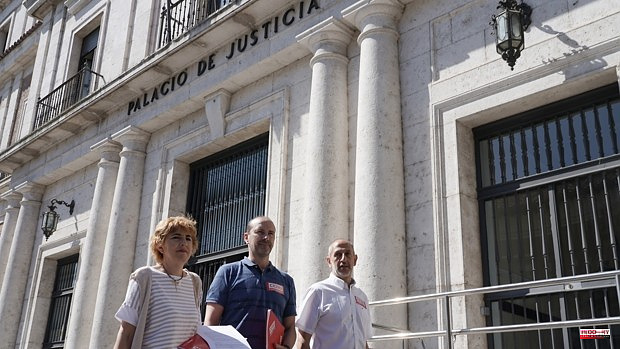 "With the current operation deployed normally and in its entirety, the sources of the fire would have been controlled before it reached a size that made it untreatable." It is the "conclusion" about the flames that devastated the Sierra de la Culebra that the CCOO has reflected this Monday in a complaint filed with the Valladolid Prosecutor's Office with which they aspire to purge "responsibilities" in the Junta de Castilla y León, understanding that If the high risk of forest fires had been declared then, and consequently the media had been one hundred percent active, a catastrophe of such magnitude would not have been recorded in the Zamora enclave, with 25,000 hectares devastated. It was a "serious imprudence" that exceeds "administrative incompetence", they have pointed out.

They maintain that the "operation was overwhelmed from the beginning" and rule out that the start of the fire, eleven different sources of lightning, were something exceptional. «Dry storms with lightning are a common scenario for the workers of the Zamora operation. Every year something happens«, They have defended from the union in front of the Valladolid courts.

Their complaint, they have insisted, is not the result of the aforementioned fire. A few hours before it broke out, the union had already shown its intention to go to the Prosecutor's Office for not activating the high risk at the gates of a "heat wave" in a "drought" scenario. The fire in the Sierra de la Culebra "put on the table the assessment of possible damage", which is estimated at a cost higher than that of an operation deployed in its entirety throughout the year. Only the burned wood would have a value greater than 150 million, according to his calculations.

Contrary to the technical report reported by the Board in which it was noted that with more means the outcome would not have changed, CCOO insists that the flames "became uncontrollable within 24 hours" and that immediate action with a team "dimensioned » would have been decisive.

Convinced of this, they have filed a complaint with the Prosecutor's Office with a series of "indicators of different forest fire risk indices that allowed us to assume that, in the event of a fire, it could easily become" a large forest fire, as well as a list of the media with which there is an operation deployed and how many were working that June 15: six environmental agents of the 22 who can be on duty in summer, four surveillance posts of 18, eight crews of driver and laborer pumper truck hose operator of a total of 28 or three active shifts out of the nine possible helicopter crews, while the bulldozers and the night crews and pumpers »none were activated«, they say.

1 Germany fears a Russian gas cut from the 11th with... 2 Calviño once again sits unions and CEOE to negotiate... 3 Joint solutions to meet the global challenge of sustainability 4 The Swan World Cup arrives in Valencia with a high-level... 5 Real Madrid dispenses with Laso, legend of the white... 6 Wide Spanish representation in the European 49er and... 7 Fernando Lamadrid Rodríguez, European Windsurf Champion 8 Rain hampers the search for missing glacier avalanche... 9 Putin declares victory over the Luhansk region in... 10 These are the numbers that Pablo Laso leaves as coach... 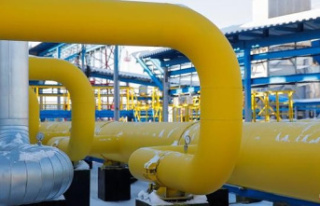 Germany fears a Russian gas cut from the 11th with...