Catalonia has lost more than 4,300 bank branches in ten years

Catalonia has lost a total of 4,398 bank branches in the last ten years, one in five of those that existed a decade ago, according to a report by the Bank of Spain. 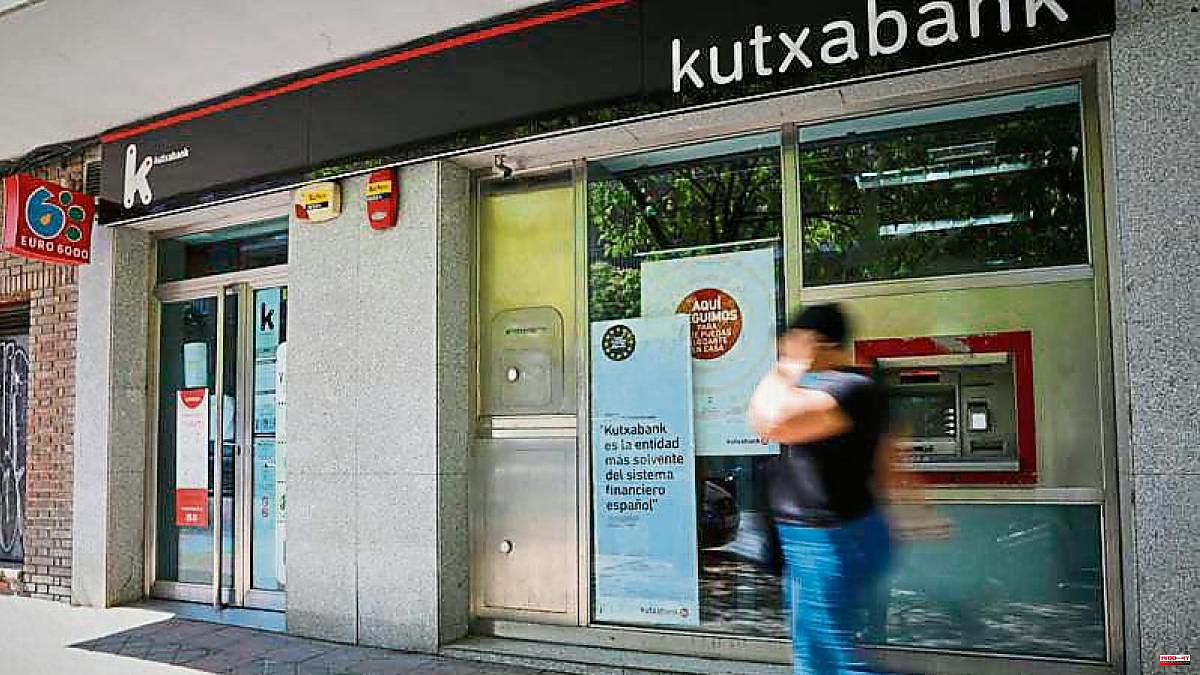 Catalonia has lost a total of 4,398 bank branches in the last ten years, one in five of those that existed a decade ago, according to a report by the Bank of Spain.

The study indicates that of the 4,398 offices closed between 2011 and 2021, 3,213 were located in the province of Barcelona, ​​where 99 towns with a total of 63,530 people do not have branches or ATMs and, therefore, close and immediate access to money cash.

The progressive closure of offices has also led to each branch serving a growing number of people. This rise has been greater in the last 40 years in the four Catalan provinces compared to the state as a whole, since the increase per branch has been 292% in Tarragona; 278% in Girona; 168% in Lleida, and 166% in Barcelona, ​​with an average in Catalonia of 185%.

These data and those of the state as a whole reveal that the reduction in the number of bank branches in Spain, a phenomenon common to different European countries, is not exclusive to the most depopulated areas, where it is already a serious problem of "financial exclusion "for many citizens, but something generalized and that affects the Mediterranean arch and Madrid to a greater extent.

Data from the Bank of Spain reveal that in the last 10 years practically 21,000 branches have closed in Spain -from the 40,103 in December 2011 to the 19,104 at the end of 2021-, 60% of them located in Catalonia, Madrid, Andalusia and the Valencian Community, which represents a reduction of 52.3%, which to a greater or lesser extent has affected all the communities and all the provinces.

This phenomenon, multiplied by the mergers of recent years, began in the last decade of the last century in sparsely populated provinces in the interior of the peninsula, such as Palencia, Ciudad Real, Soria, Ourense, Lleida, Cuenca and Huesca, with closures from 5 to 10% of the branches, while the number of offices in other places such as Madrid (45.5%), Badajoz (36.7%) or Almería (36.2%) was still growing.

In the first 10 years of this century, closures intensified in the same provinces and spread to all of Catalonia, all of Galicia and almost all of Castilla y León, among other territories, although 2.8% were still opened in the country as a whole. more offices and the maximum peak was recorded in September 2008, with 46,118.

While in Las Palmas there is a bank branch for every 3,670 inhabitants, in Teruel there is an office for every 828 residents.

Parallel to the reduction in bank branches, there has also been a reduction in ATMs, as was made clear this week during the debate and approval in the Senate of the consideration of a bill that aims to reverse the "constant and persistent" of establishments of credit institutions.

As was revealed in that debate, the number of ATMs decreased throughout Spain between 2008 and 2017 by 17.6% -from 61,714 to 50,839-, in a trend "strongly territorialized and that remains constant in rural areas or low per capita income.

The latest Bank of Spain report on cash infrastructure and vulnerability in access to cash pointed out that, at the end of 2020, the number of bank branches and ATMs of all kinds in Spain stood at 22,299 and 49,481, respectively, which meant 1.5 cash access points for every 1,000 inhabitants of Spanish territory.

On that date, throughout the country, 4,115 municipalities, more than half of the total, of which 1,641 correspond to Castilla y León, completely lacked bank offices or ATMs, which excluded 1,187,851 people from this possibility. , 2.5% of the total.

Although this situation affects the most depopulated provinces to a greater extent, it also occurs very close to large cities: in Madrid there are 64 municipalities with 54,978 inhabitants without access to cash, and in Barcelona, ​​the aforementioned 99 localities.

Only in the provinces of Cádiz and Santa Cruz de Tenerife do all cities and towns have at least one bank branch or ATM.

In that report, the Bank of Spain placed approximately 1,300,000 people - a figure maintained in another analysis made public this month - in a situation that can be considered "vulnerable" in this sense and concluded that "the traditional infrastructure of access to cash in Spain is wide and has a generalized coverage, although its geographical distribution is heterogeneous at the regional level".

He added that "it is foreseeable that the reduction in the number of branches and ATMs will continue in the coming years, given the increase in digitization and the search for greater efficiency by credit institutions."

Likewise, it suggested that "the promotion of alternative solutions to traditional channels can be an important complement that allows guaranteeing access to cash for the entire population, although, due to their current limitations, they cannot completely replace the range of services provided by said channels." channels".

1 Delivery of heavy weapons: Zorn: Ukraine only asks... 2 Farewell to non-alignment: Finland wants to become... 3 "Pressed for treason": Russian ambassador... 4 More inquiries, more hits: interest in the Bundeswehr... 5 [IN IMAGES] Who is telling the truth? Hired in a cellar,... 6 Peace researcher Deitelhoff: "Putin and Russia... 7 García-Gallardo assures that the program for Agriculture... 8 Questions and answers about the election: who can... 9 Finland formally approves its candidacy for NATO 10 The night of war at a glance: Ukraine wants to hold... 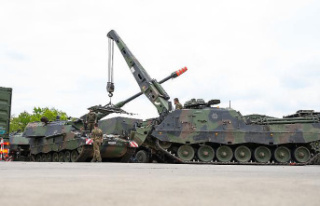