The new territorial delegate of the Spanish Meteorology Agency (Aemet) in Castilla y León, Manuel Mora, has highlighted that during the next weekend the Community can reach a historical heat record for a month of May: maximums of 35 degrees and minimum of 20. 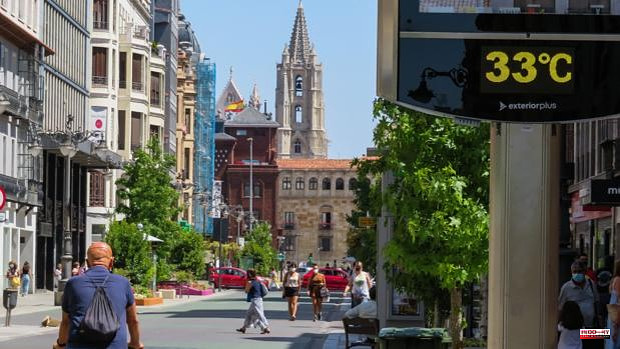 The new territorial delegate of the Spanish Meteorology Agency (Aemet) in Castilla y León, Manuel Mora, has highlighted that during the next weekend the Community can reach a historical heat record for a month of May: maximums of 35 degrees and minimum of 20. This was transferred to the Government delegate in Castilla y León, Virginia Barcones, in a meeting held by videoconference, according to a statement from the department.

"Temperatures will continue to rise and especially over the weekend, thus increasing the risk of forest fires," warned Mora, who has also advanced that at the beginning of next week it is very likely that temperatures will drop and there will even be some fires. rainfall, "given the persistence of this episode with temperatures well above normal".

For this reason, it has considered that the global balance for the month of May could be "extremely warm, very close to May 2020, which was the second warmest May since 1951."

The territorial delegate of Aemet has also informed Barcones about the evolution of the Castilla y León hydrological year, with a surplus of rainfall compared to normal in areas of the extreme south, east and northeast and a very marked deficit of rainfall in the northwest and west end, between 50 and 75 percent of normal, while in the rest of the Community the percentage of recorded rainfall is at almost normal values, between 75 and one hundred percent.

Virginia Barcones has shown interest in Aemet's Digital Transformation Plan, within the Recovery, Transformation and Resilience Plan "which will represent an unprecedented boost in the digital transformation of the State Agency's processes".

This Plan provides for the renovation of the radar network. Manuel Mora has announced that "among the most relevant actions in the Community, within the project to modernize the terrestrial remote sensing network, is the installation of a new C-Band radar with dual polarization technology in the southwest of the Community, which will notably improve the current coverage of the radar network, with an investment of four million euros”, says Ical.

The Aemet delegate has also confirmed that the existing radar in Autilla del Pino (Palencia) will be modernized, with an investment of 2.7 million euros. Together with the modernization of the network of automatic stations, it will involve a total investment of seven million euros with an execution period that goes from 2021 to 2026.

Another sector of digital transformation within this plan, which will directly benefit Castilla y León, will be the renovation and automation of aeronautical meteorological infrastructures, which will extend to the four airports of the Community.

Mora also referred to other actions that can be undertaken thanks to the Digital Transformation Plan, such as the digitization of operational forecasting processes, the application of artificial intelligence techniques and machine learning, as well as the for the implementation of new intelligent services in addition to those currently provided by Aemet in various fields, among which the prediction of air quality and information systems for climate prediction stand out.

Manuel Mora García, who joined the position last March, is a doctor in Physical Sciences from the University of Salamanca and a State Meteorologist. He joined the National Institute of Meteorology (currently Aemet) in 1985 and has held various positions related to weather observation and forecasting. He has also carried out extensive teaching and research work. Between 2012 and 2017 he held the position of Territorial Delegate of Aemet in the Principality of Asturias and was currently participating in various projects from the Delegation of Castilla y León.

1 Massive demonstration against the Government in Alicante... 2 In 15 days, 995 migrants have arrived in the Canary... 3 COVID-19: 14 additional deaths and hospitalizations... 4 DIRECT. Giro 2022: the 10th stage for Biniam Girmay!... 5 UFOs: "more than 400" phenomena identified,... 6 Ceferin boasts that Real Madrid is in the Champions... 7 A fifth Selke trophy for Patrice Bergeron? 8 Alert of fire risk in Seat León and Tarraco in Spain 9 David Pastrnak's season continues 10 The US Congress analyzes UFO sightings for the first... 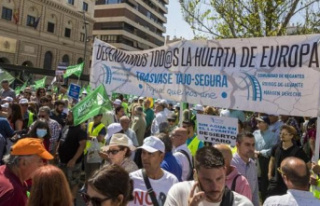 Massive demonstration against the Government in Alicante...