The Junta de Castilla y León believes that the Community will be “among the first” autonomies “that manage to recover the level of GDP prior to the pandemic. 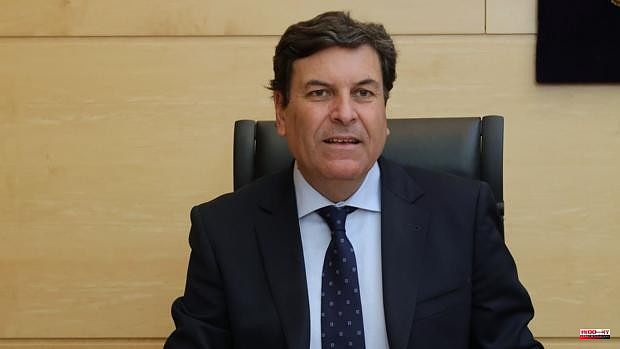 The Junta de Castilla y León believes that the Community will be “among the first” autonomies “that manage to recover the level of GDP prior to the pandemic.” This was predicted this Monday by the Minister of Economy and Finance, Carlos Fernández Carriedo, in his appearance in Parliament to give an account of the challenges for the legislature of his portfolio, which will have to face a complicated scenario in which inflation, energy costs and raw materials, the scarcity of 'stocks' and the difficulty of supply have led to a "deterioration of initial expectations", recognized the popular. However, he still did not want to put a figure on the reduction of the economic growth forecast for this year, which was set at 4.9 percent.

On the other hand, support is proposed for all productive sectors, "with special attention to the automotive, aeronautical, agri-food, cybersecurity, health and quality of life, energy or the ICT sector," Carriedo listed, arguing that "All of them are already supported by important companies, knowledge and research centers, and specialized infrastructures." The aim is to "generate future opportunities, and a differential positioning".

Another of the main instruments that the Board marks for this post-pandemic recovery path points directly to “business financing as a fundamental pillar of competitiveness. It is essential to have public support," said Carriedo. In this sense, he announced two new financial instruments, for an amount of eighty million euros that will initially allow some 500 companies to participate and that would be used to finance the competitiveness and growth of SMEs and company innovation. To these would be added the expansion and strengthening of other instruments, such as the Innovative Growth Plan or the Fund for the Reindustrialization of Castilla y León. In total, in this legislature, the financing of more than 13,000 operations is planned, for an amount greater than 1,950 million.

Another group of policies would be focused on territorial balance and rebalancing to "contribute effectively to cohesion between the territories of the Community" through territorial plans. The next ones will be for Tierra de Campos, La Raya border regions, the eastern area of ​​Segovia, and the Sierra de la Demanda area.

At the level of the foreign market, he put on the table the V Business Internationalization Plan 2022-2025 with which it aspires to reach 8,000 companies with sales outside the borders and which will see the light in a few “weeks”. With it, it will try to "face the new risks and challenges of the international economic situation", a greater diversification both in sectors and in markets and the implantation in strategic destinations. It is intended that at the end of the legislature the percentage of exports in sectors not linked to the automotive industry will go from 50 to 55 percent; and rise from 30 to 35 in movements outside the EU.

All this, in conjunction with a "moderate and fair tax policy, with selective lowering of taxes, to favor families, entrepreneurship and investment" and "favorable to the rural environment". It is estimated that the new tax measures together with the benefits already in force will result in tax savings of more than 2,500 million for the citizens of Castilla y León during the legislature.

Lastly, in national terms, he insisted on demanding a reform of the regional financing system –assuring that the deficit for this reason amounts to 1,060 million euros– and a “fair and non-discretionary distribution” of European funds.

After his presentation, the opposition called his speech "continuist". The socialist Rosa María Rubio made the electoral call ugly for the popular, accused them of "slowing down" European funds and rejected her tax proposal and especially the Inheritance tax that she estimated is limited to the wealthiest, a perception that she shared with the attorney of United We Can, Pablo Fernández, who lamented "the lacerating absence of budgets for 2022." For his part, the Leonese José Ramón García called for a "territorial balance, with positive discrimination policies against years of atrocious centralism."

1 The missing 24-year-old girl is found dead in Carballo... 2 Biomethanation in Montérégie: Canada and Quebec... 3 Alistair Johnston on the MLS Honor Roll 4 "3 giants" will dominate the metropolis... 5 Funeral of Shireen Abu Akleh: the bishops of the Holy... 6 NATO: "France will stand alongside Finland and... 7 Germany: Christopher Nkunku, former PSG titi, voted... 8 Patrice Bergeron closes the door in Montreal 9 Hungary resists and blocks EU sanctions on Russia 10 Marie-Mai takes up the challenge of humor 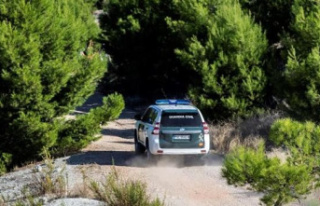 The missing 24-year-old girl is found dead in Carballo...