Castilla y León 'refines' the Lomloe: the curricula include chronological history and philosophy in ESO

The decision of the Board to correct the "deficiencies" of Lomloe in Secondary and Baccalaureate is already official and appears on paper. 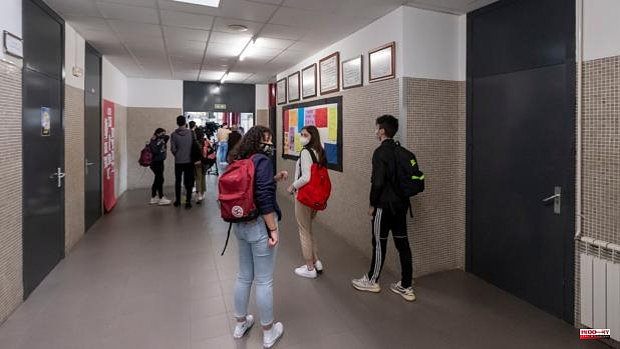 The decision of the Board to correct the "deficiencies" of Lomloe in Secondary and Baccalaureate is already official and appears on paper. Castilla y León maintains its plans and this was published yesterday in the draft curricula for these two stages, which, according to the regional government, "complete" some points that the ministerial texts left out and from the Community are considered important to maintain the quality of the regional system. All this, they insisted from the Ministry of Education, "without breaching any of the points" of the controversial state law. Thus, within the competences that the autonomies have, 40 percent of the teachings that could be complemented have been used to maintain the subject of Philosophy in the fourth year of ESO as an elective with two hours a week - the teaching staff of this subject requested three-

and the weight of second foreign languages ​​is maintained.

In History, "the same hours and the same contents" will continue, detailed from the department directed by Rocío Lucas, so that the subject will be studied chronologically and not only from 1812, as established in the Ministry's minimum document. This implies that in the second year of Baccalaureate, students will see in class aspects such as Romanization, the Germanic invasions, the Visigothic Monarchy, the origin of the kingdoms of León and Castile or the conquest of America, among other issues that are ruled out in the national text. . In addition, in the documents that were posted yesterday on the Education portal, express reference is made to terrorism in Spain, something that does not appear in the ministerial document, in such a way that the footprint of the attacks perpetrated by gangs such as ETA or the Grapo they will be analyzed in the classroom by the students.

"To preserve the level of excellence" of education, in the Community it has been decided to "maintain the workload of instrumental areas and subjects while promoting technology and digitization", they also specified from the Ministry in a statement.

But, there are still pending issues such as the instruction that Castilla y León prepares and that will be announced soon so that teachers have guidance or recommendations when evaluating in Baccalaureate or Secondary. The intention of the Board is that the limit of failures can be maintained to be able to pass the course in ESO, something that eliminates the Lomloe, and that it is titled only when all the skills of each of the stages are acquired. Another issue that Castilla y León wants to preserve is the fact that numerical ratings appear in the grades. “It is not the same to suspend with a one than with a four”, the counselor has already stated, in the same line as what other autonomies maintain.

For the moment, the documents published yesterday are drafts that have been released with the aim that teachers can move forward for the coming course. And it is that Rocío Lucas has been very critical of the Ministry on this point and repeatedly requested that the new curricula, published last April, not be launched, given the difficulty that the autonomies could arrive on time. The decree that will make the regional documents firm will not be ready until the end of the summer - just at the beginning of the school year - because it requires a long process that takes time. In this 'route' they must first go through the Sectorial Table before the union organizations, through the School Council and the Consultative Council and later be published in the Official Gazette of Castilla y León.

The regional supplements to the national Baccalaureate curriculum established by the Government in the area of ​​Literature will also arrive. Thus, from the Junta de Castilla y León they assured that the students of this stage, the prelude to university in many cases, will study great works by Spanish authors such as 'El Quijote', 'La Celestina', 'El Lazarillo de Tormes' or the 'Exemplary Novels'. Texts that had been eliminated in the minimum document prepared by the Ministry of Education for the Baccalaureate and that the Community maintains thanks to the 40 percent competence to develop what is established at the state level. A position that has also been maintained in other regions such as Madrid.

The new curricula, which expand the possibilities of choosing subjects in ESO and Baccalaureate, have been developed with the "coordinated" work of teachers and Education inspectors and with "absolute respect for the minimum teachings set by the Government and maintaining those elements that have made possible the success of the current educational model” of the Community, they insisted from the Board.

"He's late," said Mariano González from the Csif union, who was "calm" at work because the hours of the subjects are maintained, but "worried" about "the bureaucratic burden" that the start of the next course will have, since the definitive texts will not be available until that date. In addition, he asked himself "how is the EBAU going to be able to homogenize" if each region has certain contents and rejected the "political use" of these issues, so that depending on the "political color" there are different curricula.

1 Alpes-de-Hautes-Provence. Barcelonnette: A call for... 2 Hobbies. Chambery: Swimming pools in the summer 3 Outing in the Pays de Savoie Albertville Jazz Festival... 4 Legislative in The Landes: The New Center withdraws... 5 Extremadura criticizes Santonja for closing "borders"... 6 Around 30 Chinese planes return to Taiwan's air... 7 Darmanin gives the ball back to the English, "AOC",... 8 Dax sex with his pregnant ex-girlfriend 9 Nepal Plane Crash: 22 Bodies Last Found 10 The EU has agreed to stop 90% of Russian oil imports... 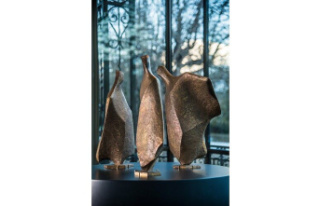 Alpes-de-Hautes-Provence. Barcelonnette: A call for...