The Government of Castilla-La Mancha has highlighted that the region will become the epicenter of the entertainment and fiction audiovisual industry with the celebration, from June 21 to 24, of the sixth edition of 'Conecta Fiction. 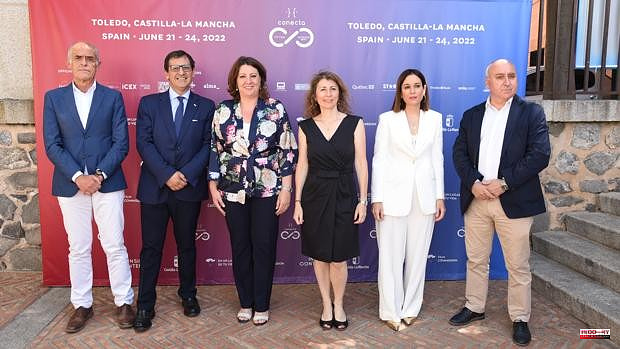 The Government of Castilla-La Mancha has highlighted that the region will become the epicenter of the entertainment and fiction audiovisual industry with the celebration, from June 21 to 24, of the sixth edition of 'Conecta Fiction

"We are very excited about the opportunity to be a meeting point for the sector, to bring together thousands of professionals from almost thirty countries around the entertainment industry, who join 'Conecta' to respond to the reality of the new platforms and the consumption of entertainment", explained Patricia Franco, who has advanced that the regional Executive is "fully aligned with the 'Spain Hub Audiovisual' project", which is going to promote a public investment of more than 1,600 million euros to strengthen the audiovisual industry in the region and throughout the country, to make it grow by 30 percent until 2025.

"We have set ourselves, like the project, three fundamental objectives: to be a strong pole of international activity in the audiovisual industry, to influence the dimension of our business fabric so that they are much more competitive, and to continue developing and retaining our talent", he has indicated.

Thus, Patricia Franco has highlighted the work in this sense of the Castilla-La Mancha Film Commission, which since its creation "has attended more than a thousand filmings, manages around 125 requests monthly and has constituted a network of ' Municipalities of Cinema' with more than 350 locations, which is one of every three municipalities in the region”, in addition to having a professional catalog with more than 700 locations. “We have an incredible offer to be a movie set, and we are not going to miss any opportunity to promote our values ​​and resources, and our region”, she has indicated.

During the presentation of ‘Conecta F

The Minister of Economy, Business and Employment has highlighted the program of the event, which will be held from June 21 to 24 in the region, with the El Greco Conference Center in Toledo as its epicenter, and which will have as one of its main dishes the International premiere screening of the first chapter of the 'Santa Evita' series, which Disney is preparing for its platforms. The premiere will be open to the public and invitations can be booked on the festival's website. The complete program of the event can be consulted at the following link https://www.eventconecta.com/programa-general/.

The Walt Disney Company Latin America, for its part, will present within the framework of ‘Conecta F

Based on the homonymous bestseller by Argentine writer Tomás Eloy Martínez, and written by Marcela Guerty and Pamela Rementería, the series follows the story of the embalmed body of the mythical Argentine first lady Eva Perón. During the event, led by the international cast that stars in the series -Natalia Oreiro (Eva Perón), Ernesto Alterio (Coronel Moori Koenig), Francesc Orella (Dr. Pedro Ara) and Darío Grandinetti (Juan Domingo Perón), from the directors -Rodrigo García, who also serves as executive producer and showrunner, and Alejandro Maci, also in charge of artistic production- and the executives who led its production -Mariana Pérez (VP Development and Production, TWDC LatAm) and Leonardo Aranguibel ( VP Production, TWDC LatAm)- a panel will be held where the content creation process will be discussed and the first of the seven episodes will be shared in an exclusive premiere for attendees.

1 The reform of Sol will open a pedestrian path in the... 2 The Diputación recovers the Albi Award as a municipal... 3 The School of Pastors starts with 12 face-to-face... 4 Queen Sofía supports the Soria Food Bank on its tenth... 5 A Commissioner will be created for the reconstruction... 6 Lasquetty distances himself from the new Cordish project... 7 They warn of the risk of new wild boar attacks on... 8 The firefighters of the Diputación de Alicante are... 9 The collection of poems 'Servido en Frio',... 10 Nigerian forces are hunting for gunmen who shot 50... 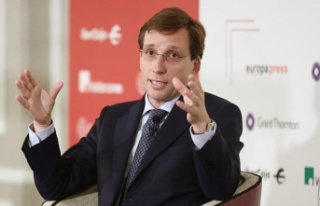 The reform of Sol will open a pedestrian path in the...