Castilla-La Mancha registered 560 attacks on toilets in 2021, most of them verbal

A total of 560 attacks on health professionals, most of them verbal (497), were declared in Castilla-La Mancha in 2021, as reported by the CSIF union, which added that a 10% increase in incidents suffered by healthcare professionals has been detected. 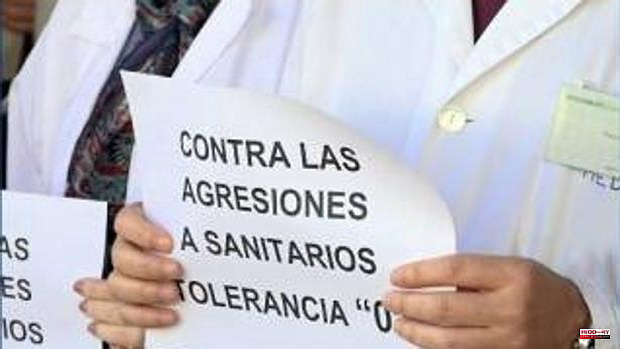 A total of 560 attacks on health professionals, most of them verbal (497), were declared in Castilla-La Mancha in 2021, as reported by the CSIF union, which added that a 10% increase in incidents suffered by healthcare professionals has been detected. administrative assistants.

The Castilla-La Mancha Health Service (Sescam) has been asked to take measures to improve safety in the workplace beyond an awareness campaign. In 2021, there was an increase in incidents, with 560 recorded compared to 519 in 2020.

The head of Prevention of Occupational Risks in the Sescam of CSIF Sanidad Castilla-La Mancha, Victoria Gutiérrez, has stated that the pandemic “has exacerbated” a “very serious” problem in which “forceful and urgent” measures are lacking.

“On many occasions, our professionals are totally exposed. The latest attack occurred last weekend in a home care in Santa Olalla, it is not the first time it has happened and we have to say enough ».

Almost 70% of aggressions registered last year, according to CSIF, occurred in Primary Care, so "it is fair to have surveillance personnel in all centers, not only in those with the greatest conflict and during weekends" . “It is a question of political will, it is a question of involvement. We want solutions, a simple Sescam campaign that condemns the aggressions is not enough”, Gutiérrez remarked.

Other resources, in addition to surveillance personnel, are the installation of a panic button and security cameras; computer alert systems; adapt the care space as a resource to prevent aggression, with furniture and architectural elements that can act as a barrier, as well as multiple access and exit points; create the figure of director of security in the Sescam Central Services and in each management and implement protocols: (opening and closing of centers, key management, rounds, drug custody); coordination with State Security Forces and Bodies; development of the disciplinary regime regarding those patients who have carried out acts of violence and who reoffend.

Finally, Gutiérrez made reference to the need to reactivate the Perseo Plan, dedicated to preventing situations of tension and conflicts between professionals and Sescam users, since "the working group in charge of reviewing the protocol for attacks on workers does not meet since before the pandemic.

1 The offshore wind structure assembly plant will create... 2 What is 'Plastitar', the marine pollution... 3 Kleta promotes sustainable mobility in Barcelona 4 How much money does the winner of Roland Garros 2022... 5 Why is the Roland Garros trophy called the 'Musketeers... 6 The Tour of Mallorca A3 begins 7 When does the Shein 'pop up' store in Madrid... 8 Silvia's family, in a coma after a cosmetic operation:... 9 Round trip ocean races for the IMOCA and Ultim 32/23 10 Nadal: "I'd rather lose the final for a... 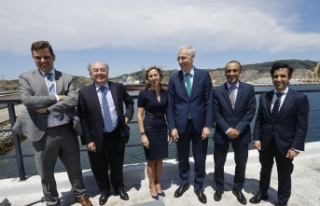