In Castilla-La Mancha, more than 36,000 donors have been served and a total of 33,438 donations have been registered in the first five months of 2022. 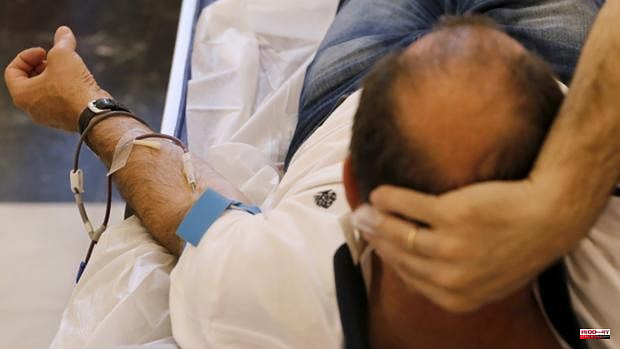 In Castilla-La Mancha, more than 36,000 donors have been served and a total of 33,438 donations have been registered in the first five months of 2022. Some figures that show the “solidarity of the citizens of the region and their involvement with the network of life that donating blood entails to guarantee the care and surgical activity of hospitals".

This has been stated by the coordinator of the Network of Hemodonation, Hemovigilance and Hemotherapy of Castilla-La Mancha, Dr. Elena Madrigal, on the occasion of World Blood Donor Day. A day that recalls "the importance of the generosity of donors to maintain blood stocks to give life."

So far this year, donations have continued to rise and the region is at the thresholds reached in 2021, when "despite the high incidence of Covid-19, the commitment, responsibility and generosity of the donors”.

Of the total donations registered from January to May, more than 75,000 blood components have been obtained and distributed among the different health centers. Specifically, of all these components, 31,232 are packed red blood cells, 32,897 plasma units and 9,567 platelet pools, Madrigal has specified.

In relation to plasmapheresis, explained the person in charge of the regional network, they have managed to increase to 157 procedures more than in the same period of 2021. The Transfusion Centers of Castilla-La Mancha are working within the National Strategic Plan to achieve the Plasma Self-Sufficiency (PENAP) for the transfusion of patients and obtaining plasma-derived drugs such as albumin, coagulation factors, gamma globulins, antithrombin, alpha 1 antitrypsin for many treatments for kidney, neurological, autoimmune, hematological patients.

Of the total number of donors, there are 2,825 people who have joined the donation for the first time in these months. These new donors "are an example of the good evolution and awareness of the Castilians of La Mancha", as well as the recruitment work carried out by the nine brotherhoods and associations of Blood Donors in the region with their many local boards, added Madrigal.

All donations have been made by teams of professionals specialized in donation belonging to the three Transfusion Centers of Castilla-La Mancha: Albacete-Cuenca, Ciudad Real and Toledo-Guadalajara, made up of doctors, haematologists, nurses, assistants, laboratory technicians , guards, administrators and drivers with the collaboration of the nine brotherhoods and associations of blood donors in the community.

In addition, the donation activity in the nine Hospital Fixed Points (Albacete, Cuenca, Ciudad Real, Alcázar de San Juan, Puertollano, Valdepeñas, Toledo, Talavera and Guadalajara) and the collections that have been made to all the towns of the region to guarantee blood components and all the Transfusion services of the hospitals in the region that transfuse all patients, constituting, with more than 200 professionals, the Network of Hemodonation, Hemotherapy and Hemovigilance of Castilla-La Mancha.

Madrigal has recalled the importance of donation to maintain the care and surgical activity of all the hospitals and health centers of the Castilla-La Mancha Health Service, as well as the out-of-hospital blood transfusion program that is carried out for severely traumatic and bleeding patients massive surgeries at the accident site and the performance of early hemostatic resuscitation procedures during transfer to the hospital.

A program that is carried out in coordination with the Castilla-La Mancha Air Health Transport Service (GUETS), whose implementation was a pioneer in Spain.

The 'Gigante 2' medical helicopter, based in the province of Ciudad Real, has carried out more than fifty out-of-hospital transfusions to patients affected by serious injuries due to traffic, work or other accidents, since it was put into operation The specific protocol for carrying out this therapy has been in place for seven years.

The 'Giant 2' is, to date, the only one in the country that can carry out this therapy 24 hours a day, which is carried out jointly with the Transfusion Center of the General University Hospital of Ciudad Real by teams of multidisciplinary professionals specialized in pre-hospital care and blood transfusion.

This year the WHO plans to celebrate World Blood Donor Day under the slogan 'Donating blood is an act of solidarity. Join the Effort and Save Lives' to draw attention to the role voluntary donations play in saving lives and enhancing solidarity within communities.

Blood shortages are particularly acute in low- and middle-income countries. To ensure that everyone who needs transfusions has access to safe blood, all countries need voluntary blood donors who donate blood regularly.

An effective blood donation program, characterized by a broad and active participation of the population, is crucial to meet the need for blood transfusions in times of peace, as well as during emergencies or disasters, when there is an increase in the demand for blood. or when the normal operation of blood services is affected.

1 German Federal Court rejects attempt to remove antisemitic... 2 Puente asks hotels for “contained prices” so as... 3 Reported for simulation of crime a young man from... 4 Roger Español and four policemen accused of injuries,... 5 The second life of the ash of the Cumbre Vieja volcano... 6 The vice president of the European Commission insists:... 7 Iberdrola's activity in Castilla y León generates... 8 The alleged attacker of a man with a knife in Puertollano... 9 The Board invests more than 2.1 million euros to implement... 10 The National Police saves the life, through 091, of... 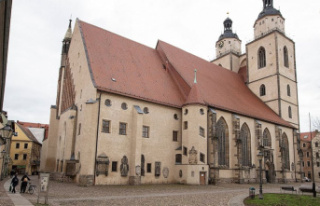