The Valencian Federation of Transport and Logistics Entrepreneurs (FVET) has warned of the "chronic traffic jam" in the terminals of the port of Valencia and has indicated that the queues "affect the operations of 3,000 drivers every day and, according to what they suppose, a decrease economy of three million euros per month. 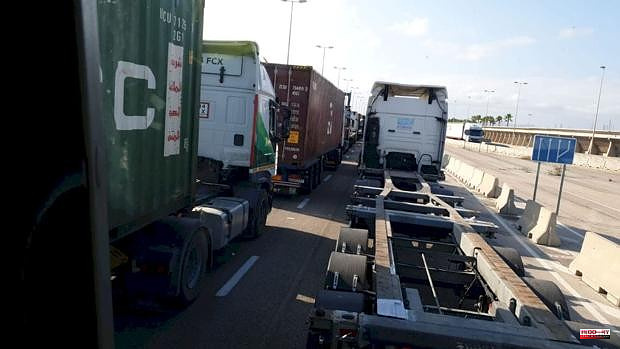 The Valencian Federation of Transport and Logistics Entrepreneurs (FVET) has warned of the "chronic traffic jam" in the terminals of the port of Valencia and has indicated that the queues "affect the operations of 3,000 drivers every day and, according to what they suppose, a decrease economy of three million euros per month.

FVET and the National Federation of Associations of Port Carriers (Fenatport) have held a meeting with the Port Authority of Valencia (APV) to address this problem and propose "urgent shock measures in the face of a risk of serious conflict", they have indicated in a statement .

The general secretary, Carlos García, has indicated that "since the paralysis of activity in the month of March, the chronic congestion in the terminals of the port area has increased and the situation is critical".

“Every day, carriers have to endure queues of up to five hours, which represent an economic loss of at least three million euros per month. With the rise in fuel prices, some operations, such as short-distance ones, represent absolute ruin and carriers will be forced to make the service more expensive and pass the cost on to the terminals themselves or to customers," he added.

During the meeting, the sectorial representatives have denounced other damages that this collapse supposes, especially, to the working conditions of the drivers. “They suffer unworthy situations and unacceptable daily pressure due to the long hours of waiting that, in addition, affect their driving and rest time,” adds the secretary.

The queues generate traffic jams on the V-30 and at the entrances to the Port of Valencia, especially in the most critical time slot for accessing the terminals, which is between 4:00 p.m. and 7:00 p.m. “There is a risk of serious conflict. Failure to take action can have significant consequences not only for transport but for society as a whole, from companies that do not receive supplies to the provision of consumer goods.

According to the Statistical Bulletin of the PAV, in 2021 road traffic has mobilized 93% of the goods that have entered or left the Port of Valencia, 43.2 million tons. «The weight of road traffic is significant, compared to other forms of transport. We demand measures according to this weight before the generalized tension is the one that marks what to do, "concludes García.

1 School check 2022-2023 in Valencia: who can request... 2 A 27-year-old man is injured when he is hit by a tram... 3 The summer cinema returns this year to the Parque... 4 José Vicente de los Mozos receives the Grand Cross... 5 These are the steers that will be fought in the qualifying... 6 New oppositions in the Valencian Community: the Generalitat... 7 WOW 6: Enrique 'Wasabi' pricks Álex Quilez... 8 Surprise from Luis Enrique: he calls Ansu Fati, Thiago...... 9 Xavi: «The office work begins and many things have... 10 Justin Thomas wins his second PGA after the sinking... 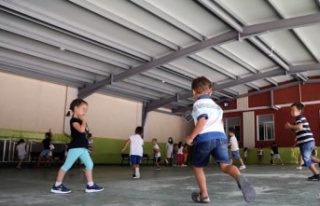