The question of who deserves the credit for bringing the Siro negotiations to fruition has elicited more than one statement this past weekend. 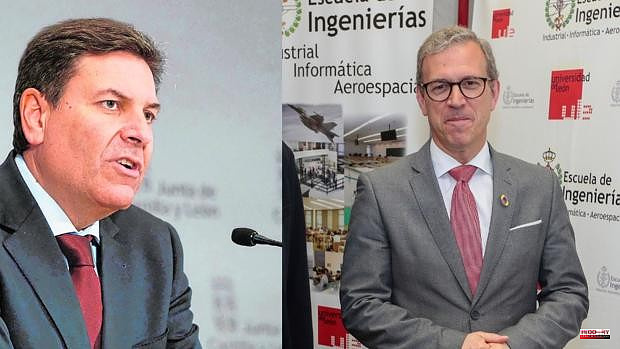 The question of who deserves the credit for bringing the Siro negotiations to fruition has elicited more than one statement this past weekend. In the Junta de Castilla y León, two positions, embodied by two directors of the two formations of the Executive, PP and Vox. On the one hand, the Economy and Treasury, in addition to being the spokesman for the Board, Carlos Fernández Carriedo, did not want to enter the race to assume the success of the operation or to respond to the criticism of the opposition about the "abandonment" of the Council. He preferred to stay with the fact that the agreement will allow the Siro plants to remain operational and with them around 1,500 jobs.

On the other hand, the head of Industry, Commerce and Employment, Mariano Veganzones, intervened, who, although he celebrated the deal, directly accused the central government of having "an eagerness to capitalize on the agreement" in a statement issued by his ministry.

Carriedo had shown this Saturday, in statements to ABC, his satisfaction with the fact that "in a few days the situation has been resolved" and had recalled how at the beginning of this week "we were without interlocutors between the company and the workers and without investment group and on Thursday the dialogue, the project and the capital were recovered. He insisted, however, that "we have always been with Siro, we have always maintained the regional government's commitment to this company and we have supported it."

In this sense, he clarified that the way out of the crisis began to take shape on Wednesday with the meeting between the Chairman of the Board, Alfonso Fernández Mañueco, the company committees and the mayors of the affected municipalities and, from then on, They unleashed the events until reaching the outcome. "It is time to highlight everyone's work because we have all been collaborators in the effort." In any case, he stressed that "the leading role belongs to the workers and the company with their exercise of responsibility and sacrifice."

Although Carriedo avoided assessing the fact that the PSOE and the unions blame the central administration and, specifically, the Minister of Industry, Reyes Maroto, for the success of the negotiations, Veganzones would pick up the gauntlet. Thus, Industry has explained its joy at the good news "despite the central government's refusal to work jointly and in coordination with the Board and its desire to capitalize on the agreement" and claimed a crucial role for the regional government "after months of meetings in which initiatives and proposals have been worked on honestly and without fanfare".

«From the Junta de Castilla y León we have made all the efforts that have been in our power to reach this satisfactory resolution. We are going to continue to do so, we are going to continue supporting to the best of our ability and with all the instruments we have at our disposal so that this company continues to have a great future as a reference company and strategic group in Castilla y León", the counselor in writing.

In the same way, the Minister of Industry, Commerce and Employment, Mariano Veganzones, has once again shown his willingness to the Siro company to start executing the welfare and mobility measures and plans for the employees of all the company's plants. "This is great news because it means maintaining all jobs and giving a future to a company that was doomed to close," Veganzones asserted.

1 They judge a man for sexually assaulting and threatening... 2 The Board offers 1,767 places in the 14 university... 3 Sebastián Villalobos, named canon 'Mozárabe... 4 Moscow: Russian-owned successor to McDonald's... 5 Ukraine's leader claims that his troops continue... 6 “I doubt that the Montelarreina barracks is a reality” 7 'Unforgettable night' with Vanesa Martín... 8 Coptic priest killed by a Coptic priest in Egypt:... 9 A movie chase to stop a thief on the roofs of several... 10 US and Swedish troops drill on remilitarized Baltic... 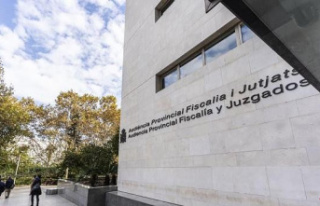 They judge a man for sexually assaulting and threatening...