Why have you unsubscribed from Citizens, announcing it on Twitter?. 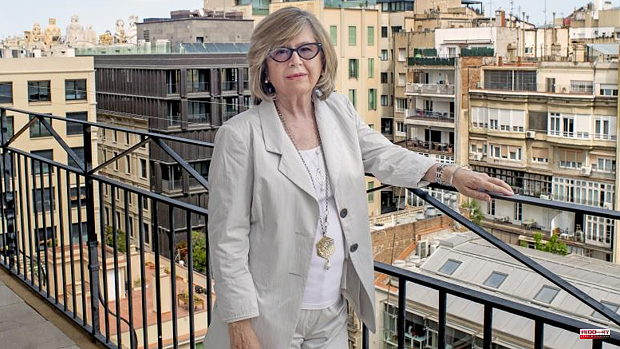 Why have you unsubscribed from Citizens, announcing it on Twitter?

I had been evaluating it for a long time, I had hoped that the executive and the president, Inés Arrimadas, would resign due to the poor electoral results and a national congress would be convened with guarantees, without anti-democratic practices. But, after the Andalusian elections, I saw that nobody resigned. It no longer makes sense to continue. How are you going to refound anything with the same wicker?

What mistakes has Arrimadas made since the presidency?

The main thing: ignore the affiliation and ignore the Organization. What he wanted is to be calm and deal only with the presidency. But the fact is that disastrous decisions have been made since the presidency of the party.

Give support to the different states of alarm during the pandemic, which were declared unconstitutional.

There were many casualties due to the support of Ciudadanos for the states of alarm. But Arrimadas assured that he had done the right thing. He takes refuge in the fact that he always does the right thing, even if it costs him.

Now he is starting a refoundation process and says that it would be comfortable to leave but that the right thing to do is to stay.

What is correct is a crutch...

Will the idea of ​​refounding the party be of any use?

I insist. With the same wicker you cannot make a new basket. As much as it wraps itself in the liberal flag and changes color, the executive remains the same and the same anti-democratic practices continue to be carried out in the Organization. For us Liberals, in Spain, the vehicle, the party, has failed us. But the ideas of the center, political regeneration, modernity, social progress have also been abandoned.

Does the ballast brand?

I would not charge the «Ciutadans» brand, in Catalonia. Will be an error. It is good to be a liberal party but I think it is excessive that the change is of the name and nothing else. I've been liberal all my life. I have belonged to the Liberal International for decades. But it is a mistake to simplify the idea of ​​the party to the name. I don't understand the conversion you want to do. In Spain, everyone considers themselves Liberal, but they don't vote for a party called Liberal.

A moment ago you said that the party carries out anti-democratic practices, what do you mean?

To basic things. The affiliate in Ciudadanos cannot choose even those who appear at the congresses, everything is appointed by the executive.

This already happened with Albert Rivera.

Arrimadas made it worse. Rivera may have been wrong, but Ciudadanos would not exist without him.

Has someone from the Ciudadanos department called you after announcing that you were unsubscribing?

No one. What's more, Carlos Carrizosa wrote a tweet, responding to my message announcing my resignation, saying: "And?". Then he deleted it. He now says that his Twitter account was hacked. I think that Carrizosa is not the person to lead Ciudadanos in Catalonia. Rivera has sent me a message, I will always be grateful.

Who should be in charge of the party in Catalonia?

Nacho Martin Blanco, for example. But right now Ciudadanos is a party without militancy. In Barcelona they haven't even held primaries to elect Luz Guilarte as a candidate for mayor because they don't reach the minimum of 350 militants. Another good one, Pere Lluís Huguet, councilor in Salou (Tarragona), is not a militant. The question is, who remains in Catalonia? For me, the best would be Jordi Cañas. The best group that Ciudadanos has is the team from Europe, they are fantastic: Maite Pagazaurtundúa, Luis Garicano… But I don't think they want to come to Spain and with the current management there is nothing to do.

Do you think there is room for liberalism in Spain, for a liberal party, between social democracy and the right?

Yes. But we must bear in mind that the liberal parties have never been massive in Europe. They are part of governments and moderate left and right. This was what was interesting for Ciudadanos. There was no need to openly adopt a liberal creed, although it made me feel very comfortable in particular, and I think most of the militancy did too. But what Arrimadas wants to do now is as if Ciudadanos had never existed. Start from scratch. I don't think this is a winning bet.

No one from the Ciudadanos management has called you, after announcing your withdrawal from the party, but have they contacted you from other parties to sign you?

I have had contact with some. But now, without leaving politics, because I like it, I am not going to return to the partisan front line. For now, I am going to join the Now You platform, which, from a social-liberal ideological principle, the idea is to end up configuring some kind of party that can stand in the general elections. The majority of Now You are people who have been active in Ciudadanos.

Beyond the brand and Arrimadas, can Ciudadanos be saved?

I wish. I am very proud of what was done, the foundation of the party, the years in the Parliament of Catalonia... I have always felt supported by the militants. I will try to forget about the disappointments. Perhaps it could be saved with a refoundation and a congress with guarantees, but it is not going to be done. There is no game left.

1 Spain and the US resume dialogue after an agreement... 2 The murderer of the Lardero boy, transferred to Logroño... 3 There is a message for you: celebrities learn to monetize... 4 30 percent more lifeguards and surveillance even by... 5 Lasso retains the presidency and defeats the opposition... 6 Jesús Urrea receives "satisfied and proud"... 7 Veganzones fear that inflation will stop the good... 8 Castilla y León votes against the new model of residences... 9 Aguas de Alicante and the Aquae Foundation award the... 10 The deceased of La Palma are still waiting for help... 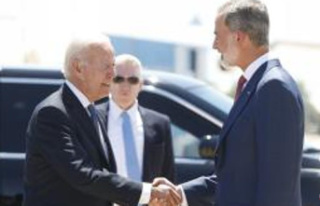 Spain and the US resume dialogue after an agreement...