After 654 days outside of Spain, Don Juan Carlos landed this Thursday in Vigo to spend the weekend in Sanxenjo. 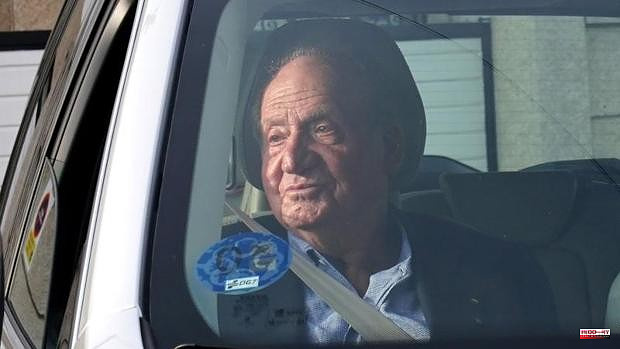 After 654 days outside of Spain, Don Juan Carlos landed this Thursday in Vigo to spend the weekend in Sanxenjo. His arrival has not left anyone indifferent on both sides of the political scene.

"Today temperatures rise throughout the country, a great embarrassment in Sanxenxo," Carmen Calvo said on her Twitter account this Friday. The former First Vice President of the Government does not mention the King's father or his trip, but she uses the high temperatures that plague the peninsula to speak of "great embarrassment in Sanxenxo", the city where Juan Carlos I is located.

Pablo Echenique, spokesman for Podemos in Congress, expressed his surprise after learning that "more than 3,000 people" were following the flight of the "corrupt Bourbon."

To this, he added that “after almost two years on the run, he is about to land in the country where he was stealing for almost four decades. With total impunity »and he pointed against the current King:« The material demonstration that Felipe VI, if he wanted, could do exactly the same ».

So far, from the PSOE they have described the return of Don Juan Carlos as "a personal decision" and in which the Government has "nothing to do with it." This was remarked by Adriana Lastra at a press conference in Ferraz, insisting that she was not going to "say anything different" from what had already been expressed by her fellow party members, collects EP.

"The position of the PSOE is that we believe that the current Royal House and King Felipe VI are taking steps in the direction of accountability," Lastra said. “It is a decision of the King and an issue that only the Royal House can express itself against and we respect any decision made by the Royal House, we have nothing to comment on,” he insisted.

From the PP, after the steering committee held this Thursday, the general secretary of the PP, Cuca Gamarra, "welcomed Don Juan Carlos to his country" and wished him "a good stay in what is his home", collects EP. Gamarra criticized the positions contrary to the arrival of the King Emeritus issued by the Government, accusing him of "not leaving alive" any "State institution" "If it is not one part, it is the other part that weakens what is the structure and the institutions of our state," he added.

Gamarra stated that "the Government has nothing to say about whether or not a Spaniard can come to their country." “The only thing missing was that he could not when he considered it appropriate,” he added.

1 Congress of the PP in Madrid, live | Ayuso will appear... 2 Smart submits Miami: the Celtics even the series 3 iPhone 13: on sale at the best price before the sales 4 Rufián (ERC) on the return of the King Emeritus:... 5 War in Ukraine: Donbass "completely destroyed",... 6 Social Security notice to retirees and pensioners... 7 RSA: a minimum of activity demanded by Macron in return!... 8 Sainz and Alonso dream of a great performance in front... 9 Alma Pérez, runner-up in Europe in -53 kilos; Adriana... 10 Last white rehearsal on his desired way to Paris 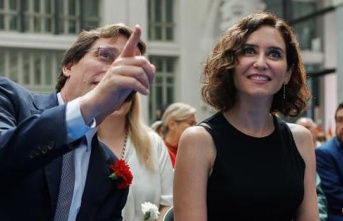 Congress of the PP in Madrid, live | Ayuso will appear...