Carlos San Juan: «I do not criticize the health technicians but the new FP1 of 150 hours proposed by Education»

Carlos San Juan, the old man who rose up against the bench to demand better personal attention for the elderly, has qualified the controversial statements about the new professional training being prepared by the Ministry of Education, in which he described as "aberrant" that he was treated a person with a FP1 of 150 hours instead of a nurse. 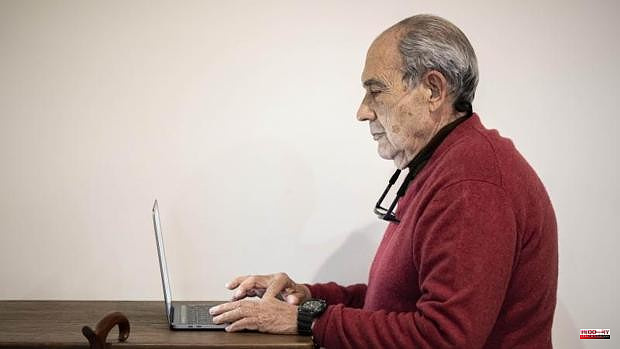 Carlos San Juan, the old man who rose up against the bench to demand better personal attention for the elderly, has qualified the controversial statements about the new professional training being prepared by the Ministry of Education, in which he described as "aberrant" that he was treated a person with a FP1 of 150 hours instead of a nurse.

The 79-year-old Valencian denounces "inhuman and humiliating comments" after such words were known after the III Ibero-American Congress and XXVIII National Congress of the Spanish Society of Geriatric and Gerontological Nursing, held in Seville. "My statements did not refer to any current health technician," he explains to ABC.

“My words were directed towards the project published in the Official State Gazette by the Ministry of Education of a new FP1 degree of only 150 hours with unclear functions”, whose proposal has generated more than 35,000 signatures against him on Change.org .

San Juan explains that "the current technicians who do more than 2,000 hours of training believe that I am referring to them", something that he describes as "totally false". In any case, the precursor to the 'I'm older, not an idiot' campaign points out a "misinterpretation of his words", since he knows first-hand "the value and work of these professionals".

Since then, he has received insults on the internet such as "if you break your hip, let's see who cares for you", "that I lack intelligence" or that "I get the euromillion so that a nurse can attend to me 24 hours a day at home". "I am a defenseless 79-year-old grandfather who is very hurt and has cried and has not slept all night," says San Juan.

In fact, he has contacted Nieves Gómez, regional secretary of the Union of Nursing Technicians in the Valencian Community, to convey his apologies and explanations about the controversial statements, as well as with other specialized associations from which he has not received a response.

«If my interview has offended you, please accept my most sincere apologies, because I reiterate that I was not referring at all to your group that I know perfectly well and with whom I have worked, but to the aforementioned Bill that affects me a lot as a future user of his care for my advanced age and my Parkinson's, "says San Juan in his letter to SAE.

Given the statement published by the Spanish Association of Nursing, Emergency, Sanitary and Socio-Sanitary Technicians (AETESYS), San Juan has received the support of the Spanish Society of Geriatric and Gerontological Nursing and the General Nursing Council, which qualify him as a doctor with “preparation, knowledge, trajectory and power of transformation”.

Both associations do not understand that the words of San Juan are understood as "perverse, infamous, petty statements... that denote ignorance, despotism and malice", coming to "question what study plans there were in his time". Something that they describe as "manual ageism", trying to "stigmatize with stereotypes or prejudices due to the fact of his age".

The two nursing organizations are "absolutely convinced" that the doctor "never" has intended in his interview with the CGE, collected in a headline by Diario Enfermero, "to publicly humiliate FP professionals with impunity", as AETESYS accuses in its note of press. "Perhaps that headline has been taken out of context, so we recommend reading it in full," they add.

After qualifying his statements about the work of health technicians, San Juan reaffirmed his position against the new professional qualification of Supervision of socio-health care for the promotion of personal autonomy. A position shared by more than 35,000 people who have signed a petition on the Change.org platform.

It details "the inadmissibility of creating a new qualification in a professional work area in which other adequate and efficient qualifications already exist, especially nurses, who even have an official specialty in the field of care for adults elderly and/or dependent, with very poor incorporation into residences».

The Nursing Initiative Group 40, forerunner of the campaign, is surprised by the inclusion of this new professional qualification in the Vocational Training family, which they understand "supposes a total ignorance of the reality of socio-health care by politicians who have been responsible for its development and publication.

For this reason, they urge the Minister of Education, Pilar Alegría, to reconsider and suspend this rule, as well as the intervention of the Minister of Health, Carolina Darias, to offer "clear nuances of health care and provision of care" .

1 Rover Maritime organizes the 1st Conference on Innovation... 2 Talavera has paid this Friday to the 1,200 families... 3 Hoshi challenges Borne after he complains of lesbophobic... 4 Bordeaux-Merignac Airport: A debate with legislative... 5 Bordeaux: A new bakery has opened in Saint-Bruno 6 The recipe: Squid a La Plancha 7 This is how Real Madrid would celebrate the Champions... 8 Gun store that sold guns to Texas killer Salvador... 9 The Royal Family received 307 gifts in 2021: a miniature... 10 Canary Islands registers two negative cases and reports... 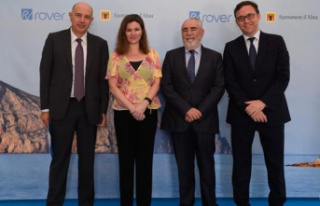