Carlos Sainz refuses to be second driver at Ferrari

It's Grand Prix Thursday in Barcelona and Ferrari makes a move for the local colour. 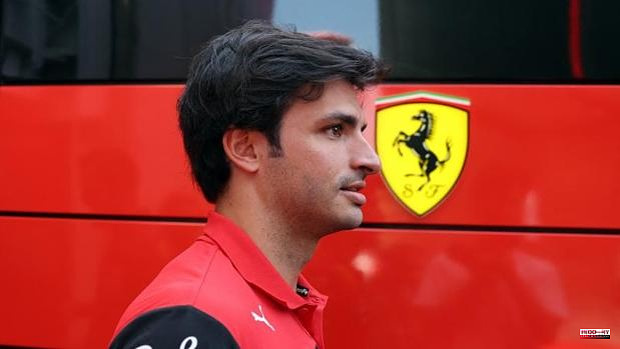 It's Grand Prix Thursday in Barcelona and Ferrari makes a move for the local colour. He schedules a meeting with Carlos Sainz, the Madrid driver who has as many chances for his team to win the Champions League as he does to hit Montmeló. Sainz attends the British media, a fifteen-minute press conference, many issues on the table, and future expectations for him. He then sits down with the Spanish media and leaves a message. "I know the rules of Formula 1 and there can be no team orders in the sixth race." Translation into the language of mortals. Sainz refuses to be the second driver in Ferrari against the leader of the World Cup, his partner Charles Leclerc.

“I know the F1 rules and potentially there can always be team orders, but not in race six.

In this phase we are both on equal terms -says Sainz-. Everything can still happen. And I also know the relationship that Mattia Binotto (the boss of Ferrari F1) and Chales (Leclerc) have, and on that side I am not worried.

Contrary to the forecasts that can place him as the number two driver of the Italian team, Sainz pulls from the newspaper library and enthusiasm. «Running in Spain motivates and supposes a positive pressure. In Barcelona I have always gone fast and I have achieved my best results. Things have always gone well for me here and it is a motivation that he hopes to take advantage of.

Sainz finally has a car to win races, to debut the list of winners that already includes nine podiums, seven of them with Ferrari. That horizon changes: he now he can be as favorite as anyone for a victory. «The wait to get here has not been long, it has been similar to that of other years in Barcelona. I always have a crazy desire to do well at home. I imagine the desire of the public and you can imagine mine ».

Ferrari brings evolutions to his car in the rear wing and on the ground. Will they be enough to rise to success? «We can bring three tenths of improvement per lap, but if the others also bring them, what is it, positive or negative? What we have to do is improve the improvements.”

Carlos Sainz is missing a breath to enter the dimension of triumphs, and the man from Madrid recognizes that patience has a limit. “That little hurts, really. We are fighting for pole positions, we are with the best...».

1 The multimillionaire agreement of the new Santiago... 2 The PP accuses Sánchez of widening the gap between... 3 CF Montreal: number 12 given back to supporters 4 Biden supports accession of Sweden and Finland to... 5 Racing and San Sebastián de los Reyes do not play... 6 Iraola renews until 2023 with Rayo 7 Vocento incorporates the Rentingcoches.com platform... 8 Here it all starts from May 20: The culprits of the... 9 The Pyrenees is dying: more than half of its glaciers... 10 A therapy designed in the Basque Country, the new... 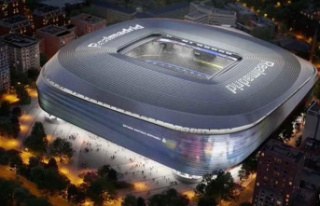 The multimillionaire agreement of the new Santiago...