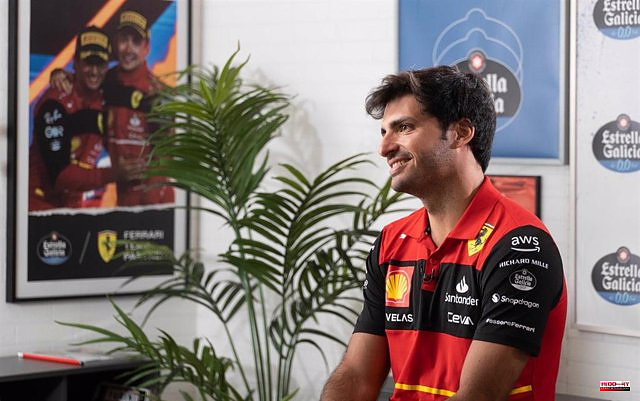 The Spanish driver Carlos Sainz (Ferrari) is excited about the Spanish Grand Prix, the 'home' race and where he does not hide the importance of having the support of the stands, something that gives "a lot of motivation" to do well and more for the "very special" of piloting a single-seater of the legendary Italian team.

"I face the Spanish Grand Prix with great enthusiasm and great affection because it is always a race in which I have also achieved very good results in the past. The factor of racing 'at home' always helps and this year is my first Grand Prix. Prize at 'home' as a Ferrari driver and with the stands full, so it will be very special, something unique that I will remember all my life. I want to enjoy it to the fullest and take advantage of it," Sainz said in an interview with Estrella Galicia 0, 0, one of his sponsors.

In addition, despite the high speeds and going with the maximum concentration in the car, the Madrid native notes, "of course", the support of his fans. "Not inside the car because you don't hear them and you practically don't have time to see them, but it is true that on the laps in and out of the pits you always have one eye on the stands", he commented.

"You always have a moment to look around and see how many people are involved with you so that things go well for you. That gives me a lot of motivation, it gives me 'good vibes', and all of this gives a good feeling that makes you smile on my face the three or four days I'm on the circuit", he added.

About the season, Sainz is clear that "the objective has to be to win and try to fight for the championship", thanks to the "good car" that the Italian team has developed and that allows him and Charles Leclerc "to have options to win in every race."

"It is true that I have had two very bad races in a row (Melbourne and Imola) because two zeros in this World Cup are going to count for a lot, but that is not going to take away the illusion of fighting to win and get that first victory that I aspire to and with which I have dreamed since I was little", wished the Spanish rider.

Sainz also recalled his anecdote in Miami when he learned of the comeback of Real Madrid, a team of which he is "very fond", against Manchester City, during an event of a sponsor of his team.

"They did me the favor of putting on a TV and when I was answering some questions in an interview, I suddenly saw the faces of the people who were with me. They had a face of 'What is happening? They are coming back again!' And I couldn't believe it. When I looked at my mobile and saw that it was 3-1, after having left in ten minutes with 0-1, it seemed to me the most surreal thing in the world and I couldn't believe it. the most incredible things I've seen in the world of football and in sport; above all comebacks like this, consecutively", he stressed.

Finally, he referred to the alliance he has with Estrella Galicia 0.0 and Ferrari, with whom he shares "almost all" the values ​​that he has "as an athlete" and those that the 'Scuderia' has "as a brand, the passion for sports, the desire to constantly improve oneself", which are combined with "the famous 'Resistance'" of the brewery, in relation to one of its slogans.

"You always have to try to resist all the inconveniences that can be put in front of you, the spirit of never giving up, always trying to give a little more as a brand, as an athlete or as it is in brewing. I think all this is the key to success in general and in life, not only in sport. These are values ​​that I have shared with Estrella Galicia 0.0 for eight or nine years, that represent me and that also represent Ferrari. So let's go for it, let's keep adding," he said.

1 Interior and Zarzuela prepare their own caravan and... 2 TotalEnergies announces a rebate of 10 cents per liter... 3 COVID-19: Quebec lists 14 additional deaths 4 Cryptocurrency: Poilievre Holds Assets While Promoting 5 Spring flood: flooded roads and residences in Lac-Saint-Jean 6 Dainese snatches the victory from Gaviria on the line 7 Tim Stützle's tournament over? 8 A first since Martin St-Louis? 9 Rebecca Marino on the threshold of the Porte d'Auteuil 10 Red Cross presents the 2022 Gold Draw campaign, which... 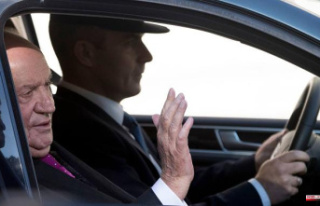 Interior and Zarzuela prepare their own caravan and...