The new president of the Alicante Chamber of Commerce, Carlos Baño, has launched in his first speech in office a unifying message to attract the protagonists of the provincial economy. 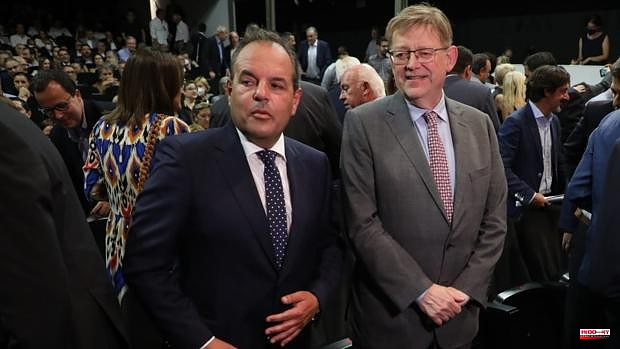 The new president of the Alicante Chamber of Commerce, Carlos Baño, has launched in his first speech in office a unifying message to attract the protagonists of the provincial economy. “You are all going to be a part of this. The Chamber belongs to all entrepreneurs, from the largest to the smallest. We have to make the whole of society participate in the Chamber », he stated.

He also wanted to highlight that the entity has great challenges ahead right now. “We have to take action, not just stick to our demands. We have to go from telling about it to doing it », have been his words, for which he has extended his hand to all the business organizations of the province and the Community, « because by working together, much more is achieved ».

Apart from this will to project towards the future of the Chamber, Baño has looked back to highlight his involvement with this institution for a long time. Thus, he has recalled how, being very young, he succeeded his grandfather in plenary and has pointed out that in his family, the Chamber "is loved and respected."

The official proclamation of Baño -CEO of the company Tescoma- was held at the Elche Congress Centre, with the constitutive session of the Plenary in which the election of the governing bodies (president and executive committee) was also held to the next four years, as reported by the Chamber in a statement.

The session was chaired by the Minister of Sustainable Economy, Rafael Climent, and the elected committee positions are as follows:

The minister has congratulated the new president and the members of the executive committee elected in these elections, because they are the ones in charge of leading the present and the immediate future of the Chamber of Alicante, as he has highlighted. In this sense, Climent has stated that "we must continue to face important challenges that condition the activity of companies, such as those related to supply chains, energy prices, inflationary pressures and geopolitical instability".

Also, the regional leader has referred to the diplomatic crisis between Spain and Algeria by which the home textile industry, carpets and footwear may be seriously affected. “We are aware of the situation, at a time when companies need security and peace of mind. In fact, we have contacted the Secretary of State to inform us about this problem, and to apply the necessary measures », he stated.

The provincial leader has intervened in the act of inauguration and has indicated that this relief is important due to the depth of an institution whose predecessors have carried out an "extraordinary job in defending the interests of our province."

Mazón wanted to dedicate a few words of thanks to the outgoing president, Juan Riera, and his executive committee, "for their work and friendship and for continuing to defend our land every day and understanding the backbone of the province with extraordinary honesty and capacity for work" . For this reason, he has encouraged the business fabric of the province to use more the services of the chambers of commerce, because they pursue the growth and development of small and medium-sized companies.

And of the incoming president, Carlos Baño, who will have the plenary session with the most women in the history of the Alicante Chamber of Commerce, Mazón stressed that he is "convinced of everything that this chamber entity means for the potential development of the province ». Mazón has added that in this new challenge it is necessary to appeal to the day-to-day work, which he knows from this institution: «I have been part of this Chamber and I know that the brothers and sisters strive to help small and medium-sized companies in our business fabric in its training, in technological advice and in that difficult wall jump to go out and make itself known abroad».

1 A worker dies in the collapse of a factory warehouse... 2 The King asks to extend NATO unity to other partners 3 Justice opens proceedings to investigate the complaint... 4 The liberators of El Escorial fight again 5 The check that Madrid needs to reduce the transport... 6 Serena Williams loses in the first round on her return... 7 “We cannot help change the world with our food if... 8 Educate looking into the eyes 9 German booksellers award the Peace Prize to Ukrainian... 10 Record Reviews of the Week: 'Elvis' OST,... 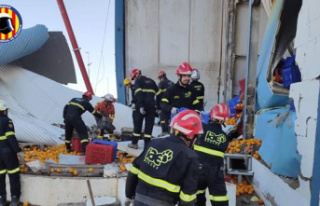 A worker dies in the collapse of a factory warehouse...