Capitals of Quebec: "I couldn't dream of better" -David Glaude

With four hits in as many appearances, including a home run, Quebecer David Glaude could not have imagined a better scenario for his official debut in the uniform of the Capitales de Québec. 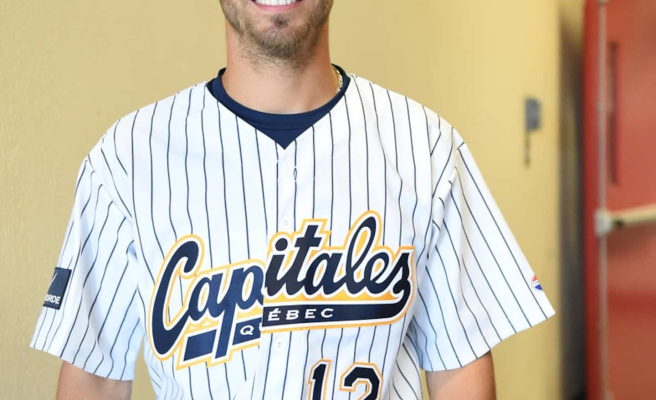 With four hits in as many appearances, including a home run, Quebecer David Glaude could not have imagined a better scenario for his official debut in the uniform of the Capitales de Québec.

• Read also: The Capitals start the year in style

“It was an incredible game, I couldn't have asked for more,” he agreed on Saturday, the day after the Capitals, in the State of Illinois, won 7-4 against the WindyCity ThundersBolts.

Glaude, 27, had had plenty of time to imagine this inaugural game in the uniform of the Capitals since the transaction having made him move from the Aigles de Trois-Rivières to the Quebec club, in November 2019. However, the pandemic of COVID-19 had delayed this big day since he had defended the colors of a temporary formation, Team Quebec, last year.

"I've been waiting a long time to play this first game with the Capitals and it's probably my best game to date in the professionals," added Glaude, of his performance on Friday during which he obtained four points counted.

"I'm very happy for him," commented manager Patrick Scalabrini. Let's say he did not miss his entry.

The second base player, who is from the Quebec region, had also been inserted in the first row of the offensive formation by Scalabrini. He started the game with a single to left field to better cross home plate, a little later, on a hit by another Quebecer, outfielder Jonathan Lacroix.

It was in the top of the fifth inning that Glaude hit the long ball, giving the Capitals a 4-2 lead in that game. In addition to his four hits, the Quebecer also walked one in the seventh and had two stolen bases.

After this spectacular win to start the campaign in the Frontier League, Glaude and the Capitals had another meeting with the ThunderBolts on Saturday night. The third and final game in this series is scheduled for Sunday as this nine-game, 10-day grand tour of the United States continues in Joliet, Illinois, and Evansville, Indiana. Remember that the Capitals will open their local season on Tuesday, May 24, at Stade Canac, against the Gateway Grizzlies.

- Among the Aigles of Trois-Rivières, it was Quebecer Raphaël Gladu who started his season on the hats of wheels on Friday evening in Ohio. In a 7-4 win for the Eagles against the Lake Erie Crushers: four hits, including a triple and a home run, for Gladu in five at bats.

1 Bucks fans will be able to gather in the streets 2 Rufo teaches a master's degree in a 'Caprichosa'... 3 Texas woman saved by barking dog 4 A surprise strike called at the Casino de Montréal 5 The table is set for the Alouettes camp 6 Montreal Alouettes: "Several high quality young... 7 3-1: CF Talavera come back in Irun and sees the precipice... 8 Ten dead in a mass shooting in Buffalo, in the State... 9 Ukraine: an influx of weapons which raises fears of... 10 Brazilian filmmaker Breno Silveira dies during filming 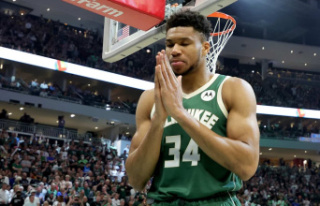 Bucks fans will be able to gather in the streets