Cannabidiol: what effect does CBD really have? And what do consumers have to consider?

If you believe influencers or advertising promises, CBD products such as drops or oils can be true miracle cures: They are said to help with sleep problems, menstrual pain, restlessness or stress. 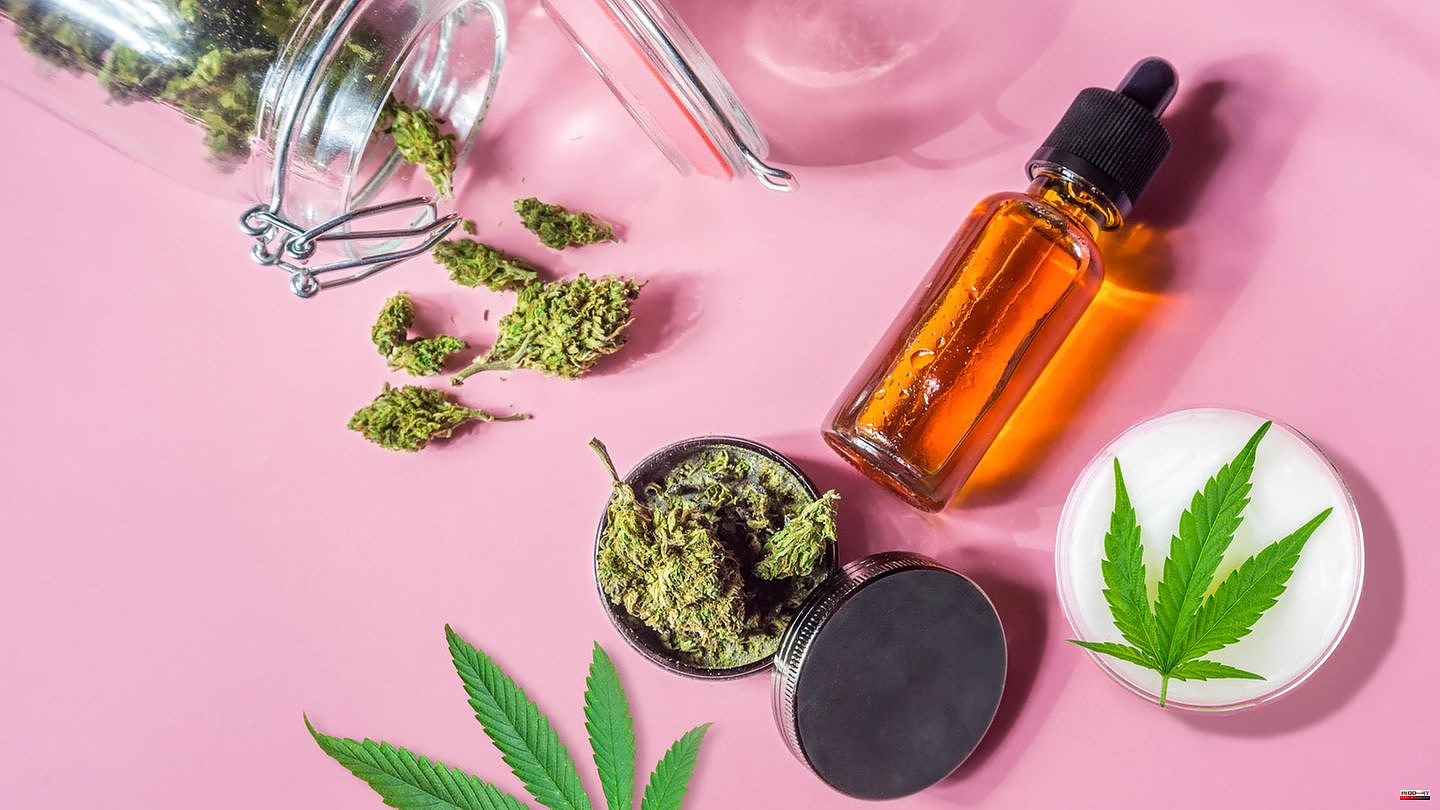 If you believe influencers or advertising promises, CBD products such as drops or oils can be true miracle cures: They are said to help with sleep problems, menstrual pain, restlessness or stress. But is the substance, which is also freely available in various forms, really so universally applicable? What is the effect of cannabidiol, i.e. CBD?

First of all: cannabidiol is a non-psychoactive cannabinoid from the female hemp and not a narcotic - unlike THC, tetrahydrocannabinol. The "Deutsche Apotheker Zeitung" writes: "Oils or tinctures containing cannabidiol, which are also sold outside of pharmacies as food, dietary supplements or cosmetics, have a THC content of less than 0.2 percent and may not be advertised with health-related claims 'Hemp oils' containing cannabidiol should not be confused with illegal 'cannabis oil' ('hash oil')." Over-the-counter CBD products don't make you "high", but they shouldn't make any promises about health either. But what is actually the effect of CBD?

dr medical Franjo Grotenhermen is a general practitioner and from May 1st he will be the head of the Center for Cannabis Medicine in Steinheim, NRW. The focus of his work is therapy with cannabis and cannabinoids. He has also written a book about the uses and effects of CBD and cannabis. Grotenhermen explains to the star what effect cannabidiol really has and what you should consider when buying products such as oils or drops.

Regarding the effects of CBD, Dr. Franjo Grotenhermen: Cannabidiol is not a panacea. But: "The number of pharmacological effects is surprisingly extensive. CBD has anxiolytic, antidepressant, anti-inflammatory, antibacterial, antipsychotic and antiepileptic properties, to name the most important ones." It can also reduce withdrawal symptoms from addictions to drugs such as THC, alcohol and sleeping pills, the expert said. "In some people, CBD promotes sleep, while in others it has a waking effect. As with other medications, the effectiveness is not the same for every patient."

It is important in general: You have to differentiate between over-the-counter and medically prescribed or prescription-only cannabidiol products. The latter have significantly higher doses. So far, trading in over-the-counter CBD products has been in a gray area. However, the EU Commission has now refrained from classifying it as a narcotic because CBD has no psychotropic effect. The EU therefore announced in 2020 that CBD could be considered a food. According to the Federal Office for Consumer Protection and Food Safety, products containing CBD are not approved as food. As a result, CBD products are now also being sold as aromatic oils. These are not suitable for consumption, according to the consumer advice center.

Stiftung Warentest recently tested 16 CBD-containing products and takes a critical look at many of them, as there are often no clear statements about what the products really contain. Some contain less CBD than promised, others more TCH than stated - which again can be of concern. After the test, Stiftung Warentest found that there was no adequate scientific evidence for any of the products - neither for the advertised properties nor for the effects on well-being that many suppliers indicate on their websites. In the end, a certificate from a recognized laboratory about the composition is important and as a consumer you should find out exactly what you are buying and taking orally.

But that is not the only criticism of the products: Because of their low dose of CBD, some experts assume that the over-the-counter products have a placebo effect. Grotenhermen says: "The decisive point is the dose. This also applies to other substances. Vitamin preparations that can be sold as food supplements in supermarkets contain smaller quantities than those that are sold as medicines in pharmacies." The transitions from normal healthy foods, dietary supplements and medicines are fluid.

And further: "The dose determines the effect, including medically desirable and undesirable effects. Low doses of CBD are not dangerous." At high doses, on the other hand, side effects can occur, such as headaches. The "Deutsche Apotheker Zeitung" explains: "As a positive aspect of previous studies on cannabidiol, the predominantly good tolerability is generally emphasized. In fact, rather mild side effects such as fatigue and gastrointestinal complaints are observed." The latter mean, for example, an irritable bowel, irritable stomach and overall stomach and intestinal problems.

Taking over-the-counter cannabidiol products in low doses is therefore not dangerous, says the doctor and author, and concludes: "CBD can be a medicine in high doses and a dietary supplement in low doses." But what does low mean? Grotenhermen refers to the Australian Ministry of Health: "CBD at a dose of up to one milligram per kilogram of body weight is considered a low dose." With a body weight of 70 kilograms, all doses below 70 milligrams correspond to a low dose. These can be taken without hesitation, says the expert.

But he also says: "Anyone who is healthy, feels good, gets enough exercise and eats healthily does not need any dietary supplements." Nevertheless, over-the-counter drops or oils can have positive effects on some consumers. "But this has hardly been researched so far and is based almost exclusively on surveys of the experiences of people who take CBD in small amounts," says the expert. Especially with products that contain CBD in combination with calming herbs or vitamins and nutrients, it cannot be ruled out that you can really feel more relaxed or more concentrated or more positive overall.

So far, there have only been a few studies and scientific evidence on the effects of CBD, as Dr. medical Franjo Grotenhermen explains. However, he says: "Studies have shown that CBD could work well with certain forms of epilepsy or with anxiety disorders and schizophrenic psychoses, among other things." The active ingredient can help to relieve symptoms. "The CBD extract Epidiolex is approved for the treatment of two rare forms of childhood epilepsy in several European countries, including Germany," the expert continues. Since these are serious illnesses, the therapy should not be started on your own and only after consultation with the doctor treating you.

Higher doses are required for such effects anyway: "In the case of a serious illness that is to be alleviated by CBD, high doses of several hundred milligrams are required." Of course, such effects cannot be achieved with over-the-counter CBD products.

But anyone who still decides to try out products to create inner peace, for example, now has the choice between different forms: "The preferred dosage forms are flowers that can be inhaled, as well as drops, capsules and tinctures that can be taken by mouth There are also CBD-containing creams or gels that are applied to the skin, for example to reduce skin inflammation or to influence skin aging," says Grotenhermen. "The preferred form of consumption of CBD products is certainly oral ingestion of drops, tinctures and pastes."

When buying, the following things should be considered, according to the expert: "It would be desirable to have a certificate from a recognized laboratory on the composition of the products. In the USA, tests had shown that the real CBD concentrations often deviated significantly from the declared ones. In Germany, Stiftung Warentest recently carried out a comparable study. In some cases, CBD extracts with concentrations of ten percent or more are declared as 'natural'. However, such high concentrations can only be achieved with isolated cannabidiol, which was then dissolved in an oil. Whether that CBD has been synthetically produced or extracted from the hemp plant cannot generally be assessed. Natural CBD extracts contain no more than five percent CBD," explains the doctor. 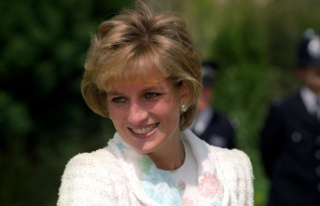