Canary Islands and Morocco, face to face to talk about the delimitation of their waters

The Minister of Public Administrations, Justice and Security of the Government of the Canary Islands, Julio Pérez, has reported after the meeting of the Working Group of the Commission for the Delimitation of Maritime Spaces with Morocco, that «The Canary Islands will participate in the entire negotiation process for the delimitation of the maritime spaces with Morocco and will be able to express and defend its rights, interests and conveniences». 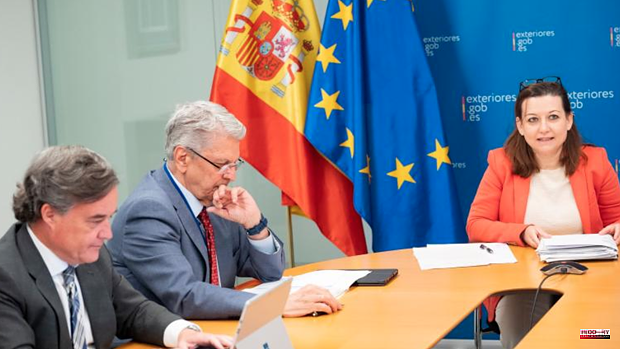 The Minister of Public Administrations, Justice and Security of the Government of the Canary Islands, Julio Pérez, has reported after the meeting of the Working Group of the Commission for the Delimitation of Maritime Spaces with Morocco, that «The Canary Islands will participate in the entire negotiation process for the delimitation of the maritime spaces with Morocco and will be able to express and defend its rights, interests and conveniences».

As planned, Julio Pérez has participated today, assisted by the professor of Constitutional Law and lawyer of the Parliament of the Canary Islands José Miguel Ruano (via telematics for being Covid positive), in the preparatory meeting for the meeting that Spain will hold in the coming days with Morocco, to set the methodology and schedule for the meetings that both countries plan to hold.

The minister recalled at the meeting the precepts of the Statute of Autonomy of the Canary Islands on the delimitation of the autonomous territory, which includes the Canary waters, to participate in this type of negotiations that concern him in a unique way.

The head of Public Administrations, Justice and Security, has highlighted the importance of the Canarian Government being present in the preparation of the meetings with which the negotiations with Morocco are going to resume, after a long lack of contacts, and has explained that in the meeting this Monday there was talk precisely of establishing the methodology and the working groups that are going to be created to cover all the matters included in the talks.

In principle, the structure of the Spanish-Moroccan commission will be respected, with one of the groups in charge of the delimitation of the maritime spaces itself. Another, on fishing, and a third, will focus on security, transport and the environment. The objective, according to the counselor, is "to open channels of dialogue on all of them in regard to the maritime spaces on the Atlantic coast."

About twenty senior officials from different ministries, as well as the Navy and the Civil Guard, participated in the meeting, which was chaired by the Director General of Economic Diplomacy, Ana Esmeralda Martínez, and was attended, among others, by Alberto Ucelay , general manager for the Maghreb, Mediterranean and the Middle East; Javier Hernández, ambassador on a special mission for Cross-Border Cooperation; Pilar Pozo, professor of International Law at the University of Valencia and head of the International Legal Department of the Ministry of Foreign Affairs.

With a view to the next meetings and as support and assistance to the Government of the Canary Islands in these negotiations, a working group has been created, to which they have been summoned by the president Ángel Víctor Torres, in addition to the counselor and Ruano himself, Professor Eloy Ruiloba, from the University of Malaga, and Professor José Mangas, from the University of Las Palmas, as well as Valeriano Díaz, head of the Coastal Service of the Ministry of Ecological Transition; the Deputy Minister of Legal Services Isabel Cubas; and the general technical secretary of the Ministry of Public Administrations, Justice and Security, Adela Altamirano.

1 Rubén Albés, student of Benito Floro, new trainee... 2 Damiano Tommasi, from playing for Levante to becoming... 3 Torrejón, prepared for the NATO summit: 28 delegations,... 4 Silván trusts that the PP leadership "will not... 5 A woman dies run over by a van in Zamora 6 France asks to allow Iran and Venezuela to return... 7 Until when can the income statement be made? 8 "Lewandowski wants to show that he is better... 9 The Iacobus Maris unfurled sails in Genoa 10 Tomás de Perrate: «We must continue in the classic... 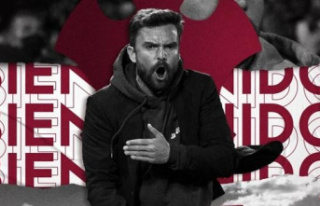