Canary hotels are transformed: from the 'guiri' to the teleworker in two years

The Covid-19 pandemic has changed the rules of the game, also for hotels in the Canary Islands. 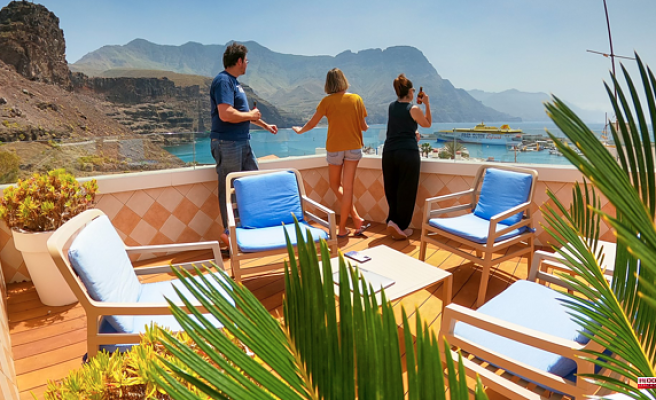 The Covid-19 pandemic has changed the rules of the game, also for hotels in the Canary Islands. After 60 years dedicated to foreign tourists, accommodation on the islands has opened Pandora's box with a new market niche in which they hardly have any competition: the teleworker or digital nomad.

After leading the transformation of the south of the islands, the 'teleworkers' are already conquering the north of the Canary Islands. It has opened the first coliving aimed at teleworkers and distributed companies in the north of Gran Canaria, and experience shows that it will not be the first.

Working on a connected, modern, safe island, in one of the places with the best climate in Europe, in one of the areas with the most hours of sunshine per year, a natural paradise and with views of the 'dragon's tail', is it possible to order more? The management company of the Repeople space thinks not.

This new establishment arises from the reconversion of an old hotel, and aims to promote the economic reactivation of the municipality with a new profile of "temporary resident", a niche with great potential and socioeconomic impact. El Cabo has around thirty double rooms and the usual coliving common areas: kitchen, dining room, living room, laundry room and one of the spaces most valued by this profile, a large outdoor terrace with impressive views of the Agaete coast.

There are currently some 20 coliving spaces in operation for teleworkers in the Canary Islands, which have transformed hotel accommodation to this new concept.

The management company of the Repeople space, the largest operator of coliving and coworking in the Canary Islands, has already arranged different events with international groups for this new space. This is the case of Wifi Tribe, a leading company that organizes trips around the world for remote workers and who will stay throughout the month of July.

Between October and November, they could also develop in this space a European program led by Remote Peoples (a project that promotes connection experiences between remote workers and local actors to generate socio-economic impact in the rural environment). This plan is called 'The Break' and its purpose is to attract entrepreneurial programs led by women from the European Union.

This is the first coliving to be activated in the Commonwealth of the North of Gran Canaria, with a type of establishment that has experienced significant growth throughout the archipelago.

El Cabo Coliving will alternate the use as accommodation and shared experiential experience for independent professionals who telework, as well as for distributed companies and events related to entrepreneurship. The minimum stay will normally be limited to two weeks with a maximum of six months.

The El Cabo project aims to integrate with the entire local ecosystem of companies and involve residents through the organization of activities and events that serve to show the job opportunities offered by the transformation of the traditional job.

1 An organization dedicated to drug trafficking linked... 2 Puigdemont says goodbye to the presidency of Junts... 3 Theater, flamenco and exhibitions in the Board's... 4 Carlos Perez Siquier is the seductive and critical... 5 Analyzing the sound. Would we hear an explosion in... 6 A study explains why heavy smokers aren't at... 7 Unicaja Costa de Almeria resigns from the European... 8 Juan Arsenal will manage Atletico Porcuna in the following... 9 Inflation in eurozone runs wild in May to 8.1% 10 Judge Iberdrola proposes to charge him with inflating... 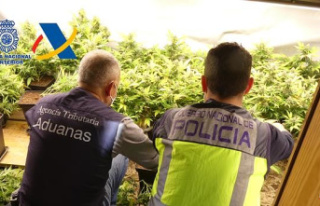