Canary Day: the island instrument that Gregg Field fell in love with in four minutes

The Day of the Canary Islands has a soundtrack, which together with the sound of the waves is the traditional melody of the islands. 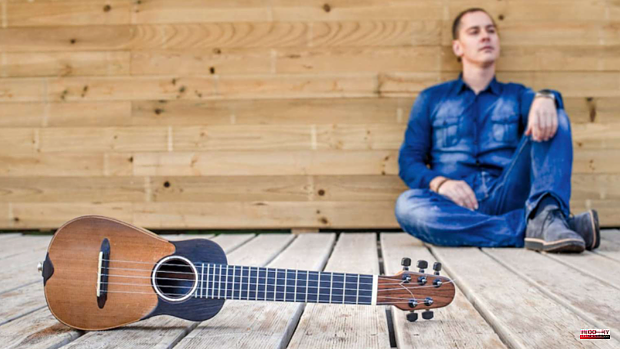 The Day of the Canary Islands has a soundtrack, which together with the sound of the waves is the traditional melody of the islands. The Canarian timple has five strings, it is typical and originates from the archipelago and although it derives from the baroque guitar it has its own identity. With about 60 centimeters, the sound of the timple is present in the eight Canary Islands, strengthening a handmade craft tradition.

Despite being an instrument that has been rooted in the Canary Islands for a lifetime, it is still unknown to many. This is the case of drummer Gregg Field, a Concord Records artist and one of today's most sought-after American producers, drummers, and educators. He did not know of the existence of the timple, but it only took him a few minutes to fall in love with it.

«Everyone was impressed at the concerts, it comes from folk music and that is a discovery for us». The timple has "a connection with Cuba and with a lot of Latin music that passed through the Canary Islands", it is a "wonderful discovery for musicians and music lovers from all over the world who do not know this instrument".

Gregg Field has been the winner of 9 Grammy Awards and drums with artists such as Count Basie, Ella Fitzgerald or Frank Sinatra, among others.

It is not only due to the sonority of this instrument, the hands of the Gran Canarian timplista Germán López did a good part. This is how the artist told ABC in the presentation of his new album 'Alma', with 25 collaborating artists from all over the planet and produced in Los Angeles under the Virgin Music label.

Germán López is one of the artists who fills stadiums in the United States with his timple, and he has made up to six tours of the North American continent, as well as Asia and Europe. To celebrate the day of the community that gave him an instrument that has made him shine all over the planet, López opens his 'Soul' to the world.

The date of origin of the timple is a mystery, like almost all those stories that are rooted in the very history of the towns. It is estimated that it could have reached the islands around 1700, as a result of cultures such as the Portuguese and their small guitars, or with the influence of African and Spanish music. He arrived strongly in Lanzarote and Fuerteventura, also in Gran Canaria and Tenerife, and to a lesser extent in the islands of La Palma, La Gomera and El Hierro.

Word of mouth points to a Catalan craftsman with the surname Alpañe, who lived in Las Palmas at the end of the 18th century, as one of the first master craftsmen of the timple, but the truth of this story has not yet been confirmed.

It is also called 'sonorous little camel', because of the hump on its soundboard. Strictly speaking, it is a plucked string musical instrument, very sharp and with high strings, made of cedar or pine wood on the top and woods such as palo santo, oak, maple, cypress, rosewood for its bottoms. Timple innovators have already dared to create them out of carbon fiber and even some metals.

Some of the best-known names in timplism are Totoyo Millares, recently deceased, or José Antonio Ramos, el 'majorero', Domingo 'El Colorao', Benito Cabrera, Germán López or Pedro Izquierdo. All of them have taken the timple outside the Canarian borders, passing through Asia, the United States, Australia, Mexico, Uruguay, or Cape Verde, among others.

1 "I was scared, I ran out of there": the... 2 Customs in Senegal announce a record seizure for fake... 3 They arrest a 10-year-old boy for threatening a mass... 4 World Cup 2022: Play-offs for the three remaining... 5 Texas murders: Cops save their children and prevent... 6 «We lived a horror in Paris, our children cried with... 7 Spain: May sees an increase in inflation to 8.7% year-on-year... 8 Inflation is still rampant in Spain: these are the... 9 Soccer. Legend Selim Bengriba leaves GF38 10 Stade Rochelais: The story behind the photo showing... 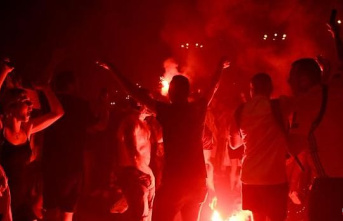