Camarena and Dudamel take a Mozart with "flavor, flavor" to the Lyceum

It is one of the main dishes of the season at the Gran Teatro del Liceo. 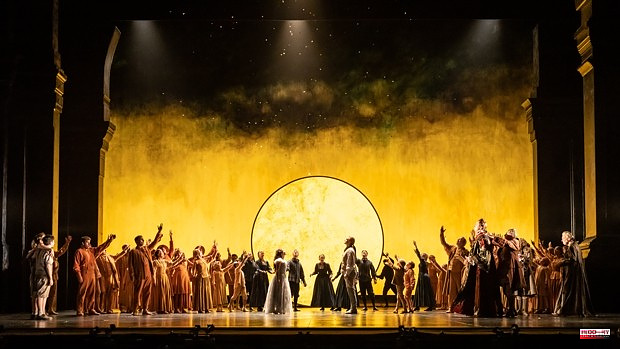 It is one of the main dishes of the season at the Gran Teatro del Liceo. Mozart's 'The Magic Flute', which can be seen at the Barcelona theater starting next Monday the 20th, has all the ingredients to dazzle the public. To begin with, the exceptional music that the genius from Salzburg composed in 1791, the year of his death, with a libretto that is a jewel: a story that combines love, action and even terror with fairy tales and, at the same time, At the same time, with a philosophical and theological reflection that portrays his time, the Enlightenment, like no other work.

Beside the purely musical aspects, there are several attractions that add to Mozart's mastery.

Namely, the staging by David McVicar for the Royal Opera House, which has become an iconic staging of this opera, and a cast featuring two of the most media faces in classical music. At the direction, the Venezuelan teacher Gustavo Dudamel. In the role of Tamino, the Mexican tenor Javier Camarena, who makes his debut in this role apparently far from his usual bel canto repertoire. And still, things from the post-pandemic, or perhaps from the prices of the Lyceum, there are still quite a few seats left to sell.

Of the cast, the presence of Spanish and Latin American musicians stands out. Dudamel will be directed by the Chilean Paolo Bortolameolli, the Liceo choir is prepared by the Argentine Pablo Assante, and among the leading voices we find Sara Blanch as Queen of the Night, Serena Sáenz as Pamina and Joan Martín-Royo as Papageno.

The proposal of the Lyceum, therefore, at the same time highlights the current quarry of musicians and already consolidated names from Spanish-speaking countries, at the service of the music of a purebred Germanic composer. What do they all contribute to the extensive interpretive tradition of this title? Camarena can't help but joke -or is she serious?- and immediately replies: "Flavor, flavor!".

Developing the issue further, he adds: «The German repertoire is always looked upon with a certain respect», but «music is a universal language» that «allows you, if you are committed to it, to contribute everything you can in terms of interpretation, and they always turn out to be very interesting and dynamic proposals». Bortolameolli, for his part, adds: «We are all a musical instrument, we can sing, for example, and that is why we can link ourselves to the music of all cultures. We connect with your message regardless of our geographic origin.” "Couldn't say it better," agrees Dudamel.

The story of the Queen of the Night, who asks Tamino to rescue her daughter Pamina from the hands of the evil Sarastro, is seen in this production as a turning point in terms of the treatment of female characters, according to the repositor Angelo Smimmo. In the end, it is discovered that Sarastro, identified with the advances of the Enlightenment, is not evil, but rather tries to rescue the young princess from the darkness represented by religion, superstition and unscientific ignorance.

In this sense, Pamina is presented as the true catalyst of the action. It is she who decides to run away from the Queen, who disobeys her orders, who helps Pamino to find the Temple of Wisdom -the Masonic is also very present in the Mozartian masterpiece. Pamina is everything. Without her, Tamino wouldn't be able to pass the tests," says Smimmo.

The soprano Lucy Crowe, who plays the young woman in the production, claims to feel "offended" if someone refers to her character as a passive princess waiting to be rescued: "She is very powerful and powerful, not passive at all. Instead of just feeling hurt, she is there to help », she exclaims.

The montage marks the debut of Javier Camarena as Tamino. The singer assures that today his voice "is right where he had dreamed when he thought that one day he might take on this role", and that, in any case, "when we pigeonhole ourselves in a repertoire, we stop growing, and this is an opportunity to continue growing".

1 Young people from 'Fraguas Revive' gather... 2 These are the Best Prime Day Fitness Deals That You... 3 Algeria calls Albares "arsonist" for singling... 4 The PP accuses the Government of Albacete of paying... 5 Google's AI controversy over'sentient'... 6 Use ultrafast lasers to probe the next-generation... 7 The Canary Islands advance in a "green transformation"... 8 The eve of Corpus Christi arrives with the floral... 9 Frank Clark excused from Chiefs' mandatory minicamp... 10 Golden Tate tries his hand at baseball 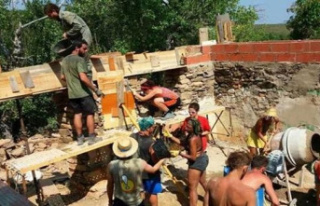