Calviño urges Brussels to update the taxation rules suspended since 2020

The First Vice President of the Government and Minister of Economic Affairs and Digital Transformation, Nadia Calviño, has welcomed the European Commission's proposal to keep the community tax rules suspended in 2023 and hopes that the measure will receive broad support at the meeting that the Eurogroup will hold this Monday in Brussels. 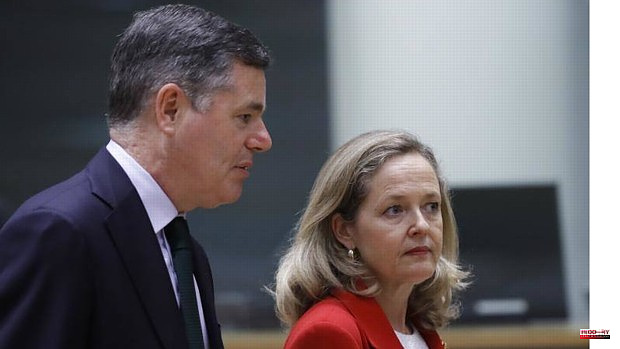 The First Vice President of the Government and Minister of Economic Affairs and Digital Transformation, Nadia Calviño, has welcomed the European Commission's proposal to keep the community tax rules suspended in 2023 and hopes that the measure will receive broad support at the meeting that the Eurogroup will hold this Monday in Brussels.

This was indicated in statements to the media upon his arrival in the Belgian capital to participate in the Eurogroup meeting, in which he pointed out that the Commission has proposed an extension for one more year of the escape clause activated in 2020 to suspend fiscal rules with the aim of making it easier for Member States to respond to the pandemic and its economic consequences.

Said clause has continued to be activated in 2021 and 2022 and will remain in force in 2023 after the announcement by Brussels, aimed at member states that have not yet recovered from the economic consequences of the Covid-19 pandemic and the invasion of Ukraine.

Calviño has stated that "Spain has been defending a review and updating of these fiscal rules as soon as possible", before they come into force again, for which he has opined that "it is positive that this escape clause is extended for another year ».

Likewise, he pointed out that "it would not be understood that in a moment of uncertainty, rules that have to be revised to adapt to present and, above all, future investment needs are reinstated as they are."

The vice president highlighted the "ambitious" deficit and debt targets of the Spanish Executive and the reduction of these imbalances in public accounts carried out during 2021 and planned for 2022.

In this way, Calviño assured that the Government will continue on the path of deficit and debt reduction "taking advantage of economic growth, improvements in collection and a responsible fiscal policy, promoting investments financed with European funds and managing to combine a reduction in deficit and public debt and boosting economic growth and the commission'.

For all these reasons, he has indicated his hope that "as soon as possible" the Commission "puts a proposal on the table and does it with sufficient time" to adapt the fiscal rules and, although he trusts "that there will be broad support" in the Eurogroup to extend the suspension for another year, recommended not to delay the revision of the rules "so that they respond to the needs of the EU at this time and looking to the future."

On the other hand, when asked about the pension reform, Calviño highlighted the "constant dialogue" with the Commission regarding the reforms contemplated in the Recovery Plan, noting that Brussels "values ​​and supports the ambitious program of structural reforms that we have been starting up."

In this regard, he recalled that "we are working with the Commission on the different elements and milestones that are going to allow" Spain to disburse the second payment of funds from the Recovery Plan, for 12,000 million euros, so that "the issue relating to The rest of the reforms will be addressed when they touch on the corresponding disbursements ».

1 Feijóo rescues the intellectual author of the 2012... 2 The Elche City Council authorizes the burkini in the... 3 And Tomavistas came to Ifema to stay 4 The Spanish Cup of inland water kitesurfing arrives... 5 Castilla-La Mancha receives more than 14 million euros... 6 “I am going to send you to a world that you are... 7 Vettel chases on a scooter through Barcelona some... 8 From Toni Cantó to Javier Maroto: other controversial... 9 Benimassot will urgently repair its hydraulic mill... 10 No agreement on the joint Olympic bid after the meeting... 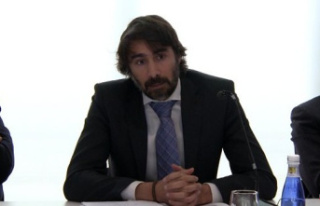 Feijóo rescues the intellectual author of the 2012...