Calviño clings to the recovery of employment to guarantee economic growth

The economic vice president, Nadia Calviño, has defended that Spain "has a strong growth perspective this year and next", considering that the labor market continues to go "very strong", with "extraordinary" results. 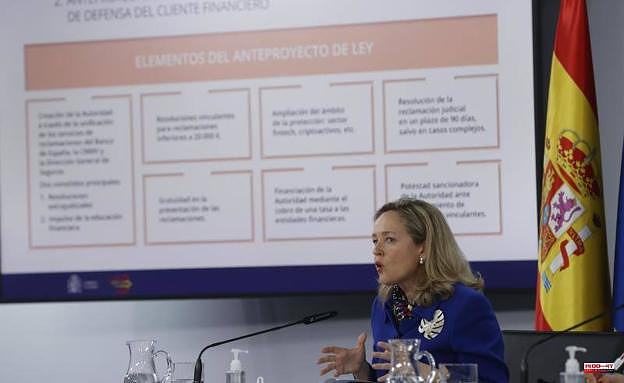 The economic vice president, Nadia Calviño, has defended that Spain "has a strong growth perspective this year and next", considering that the labor market continues to go "very strong", with "extraordinary" results. "Today the Minister of Inclusion is going to advance the affiliation data for May and they are very positive," she stressed.

“In general, the quotes are taken out of context and an overview is not given regarding a situation in which all the organizations foresee a very strong growth this year, between 4% and 4.8%, and a average growth for the period 2021-2023 above 4%. That is the perspective we have: an economy that is recovering strongly even in a very complex context," Calviño stressed.

Calviño has also defended the country's economic position despite the warnings issued by the Bank of Spain when referring to the fact that it has been one of the countries that has done the worst in the crisis. In this sense, the vice-president has urged this Thursday to "not take quotes out of context" and to offer an overview of the progress and prospects of the Spanish economy. She responded in this way when asked about some words attributed to the Director General of Economy and Statistics of the Bank of Spain, Ángel Gavilán, in which she assured that Spain has been the great economy of the euro that "has done the worst".

Calviño has stated that in Spain, the main concern is the evolution of inflation, especially with regard to energy prices, whose increases "are being partially transferred at least to the prices of the remains of goods."

“In other countries the concern is the lack of food and in others, the energy supply. In Spain, the goal to beat is inflation," said the vice president, who foresees, as the Bank of Spain pointed out yesterday, a "rapid deceleration" of inflation in the second half of the year to return in 2023 to around 2 %.

"That gives us a perspective of moderation in inflation that will be very important to continue having balanced growth," Calviño defended.

Regarding the Bank of Spain's suggestions that salaries and pensions not be linked to the CPI in the current inflationary context, Calviño has reiterated that, with regard to pensions, the Government is "committed" to complying with the law that updates them according to inflation. “Our elders are the ones who have suffered the most from the pandemic, it is time to give them peace of mind and support,” he pointed out.

In the case of civil servants' salaries, he has indicated that they are being negotiated, and has insisted that the first thing to do is to start the path of deceleration of the CPI "as soon as possible". For this reason, he hopes that Brussels will soon authorize the Iberian exception in order to limit the price of gas and thus lower the electricity bill "in the coming weeks."

Regarding the increase in fuel prices, Calviño has reiterated that the Government is "well on top" of the evolution of the market together with the National Commission of Markets and Competition (CNMC), which is the one that is monitoring this prices. "It is true that there is a rise in fuel prices in international markets and we have to get used to the idea that in the coming months we will continue to be in a situation of turbulence in international markets," said Calviño.

For this reason, he added, "it is so important to start" the Iberian exception as soon as possible, since it will not only help to lower the price immediately, but also offers a "safety net" for the next 12 months regarding what happens in international markets.

Asked whether the 20-cent discount on the price of petrol will be extended, Calvin insisted that it is being analyzed and that it remains to be seen whether "this measure is extended or modified" both this measure and the rest of those included in the anti-crisis plan. .

1 The stowage of the Port of Bilbao caresses the agreement... 2 Reshuffle: Laurent Berger calls on Elisabeth Borne... 3 They denounce that the Valencian Community needs 1,617... 4 Nine detainees in Villajoyosa from a family clan that... 5 Seized 1,500 kilos of cocaine, in a cardboard shipment,... 6 The Salamanca Provincial Council approves the provincial... 7 The weather in Valencia: temperatures by days in the... 8 Works are awarded for the improvement of more than... 9 The mascletàs with more capacity in Luceros return... 10 Platelets to save Daniela, a girl from Tenerife undergoing... 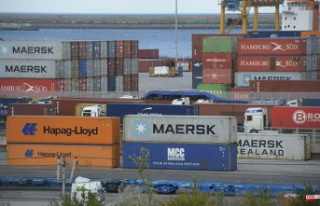 The stowage of the Port of Bilbao caresses the agreement...