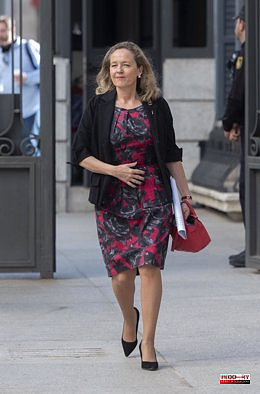 The First Vice President of the Government and Minister of Economic Affairs and for Digital Transformation, Nadia Calviño, urged this Thursday not to take quotes out of context and to offer an overview of the progress and prospects of the Spanish economy.

Calviño, in statements to the SER chain collected by Europa Press, responded in this way when asked about some words attributed to the Director General of Economy and Statistics of the Bank of Spain, Ángel Gavilán, in which he assured that Spain has been the great economy of the euro that "he has done worse".

"In general, the quotes are taken out of context and an overview is not given regarding a situation in which all the organisms foresee a very strong growth this year, between 4% and 4.8%, and a average growth for the 2021-2023 period above 4%. That is the perspective we have: an economy that is recovering strongly even in a very complex context," Calviño stressed.

Thus, the vice president has insisted that, despite the international context, Spain "has a strong growth perspective this year and next", with a labor market that continues to go "very strong", with "extraordinary" results. "Today the Minister of Inclusion is going to advance the enrollment data for May and they are very positive," she stressed.

Calviño has stated that in Spain, the main concern is the evolution of inflation, especially with regard to energy prices, whose increases "are being partially transferred, at least to the prices of the remains of goods."

"In other countries the concern is the lack of food and in others, the energy supply. In Spain, the objective to beat is inflation," said the vice president, who foresees, as the Bank of Spain pointed out yesterday, a "rapid deceleration" of inflation in the second half of the year to return in 2023 to around 2%.

"That gives us a perspective of moderation in inflation that will be very important to continue having balanced growth," Calviño defended.

Regarding the Bank of Spain's suggestions that salaries and pensions not be linked to the CPI in the current inflationary context, Calviño has reiterated that, with regard to pensions, the Government is "committed" to complying with the law that updates them according to inflation. "Our elders are the ones who have suffered the most from the pandemic, it is time to give them peace of mind and support," he pointed out.

In the case of the civil servants' salaries, he has indicated that they are being negotiated, and has insisted that the first thing to do is to start the path of deceleration of the CPI "as soon as possible". For this reason, he hopes that Brussels will soon authorize the Iberian exception in order to limit the price of gas and thus lower the electricity bill "in the coming weeks."

Regarding the increase in fuel prices, Calviño has reiterated that the Government is "well on top" of the evolution of the market together with the National Commission of Markets and Competition (CNMC), which is the one that is monitoring this prices.

For this reason, he added, "it is so important to start" the Iberian exception as soon as possible, since it will not only help to lower the price immediately, but also offers a "safety net" for the next 12 months regarding what happens in international markets.

Asked if the bonus of 20 cents to the price of gasoline will be extended, Calviño has insisted that it is being analyzed and that it is necessary to see if "it is extended or modified" both this measure and the rest of those included in the plan of response to war.

1 Historical Slip of George W. Bush: "The Invasion... 2 Bit2Me expects to triple its number of corporate accounts... 3 Purchasing power law: food check, retirement, fuel...... 4 Paul Galéà, the Perpignan biker who pedals until... 5 Strike of engineers: Bitume Quebec is concerned about... 6 Valneva announces a new step towards the authorization... 7 Colau confirms that he will run again for mayor of... 8 ZepoRock returns: nine bands and two DJs on June 17,... 9 Andalusian Fair of Valencia 2022: program of events... 10 Cut stone and ceramics, guiding threads of the investment... 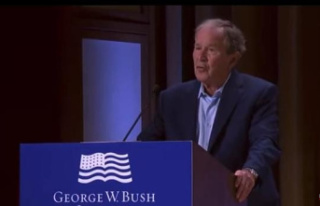