Vox asks not to hide behind "Franco, the virus and Putin" and the vice president argues that the pandemic and the war affect the entire economy. 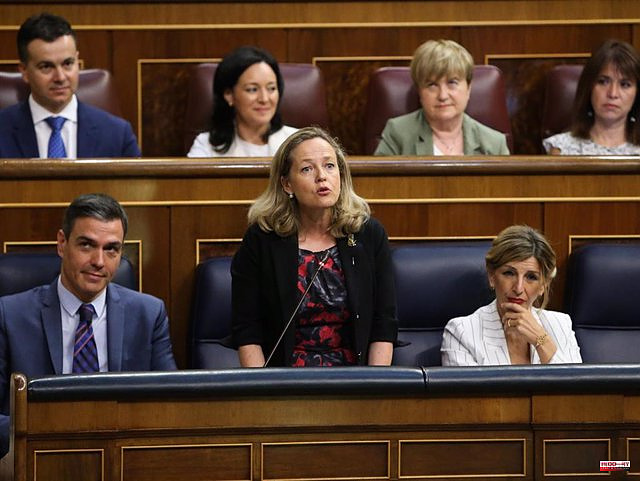 Vox asks not to hide behind "Franco, the virus and Putin" and the vice president argues that the pandemic and the war affect the entire economy

The Vice President of Economic Affairs and Digital Transformation, Nadia Calviño, has accused the PP of wanting to cut public services and, in the face of this, has presumed that the Government of which it is a part "what it wants is to cut the extraordinary benefits of energy companies and lower energy prices.

"That is a responsible economic policy, no matter what, because his party does not support a single government proposal," Calviño said, in a response to the PP's economic coordinator in Congress, Mario Garcés, during the control session to the Executive in the plenary session of the Lower House this Wednesday.

Garcés has accused Calviño of going "failure after failure", assuring that "everyone distrusts" her and her economic policy, relying on the recent lowering of growth forecasts -- from 7% forecast for 2022 to 4.3 %--, accompanied by "record debt and inflation".

"They are the eternal return to inefficiency, corruption and the opposition, where they will return very soon", Garcés has advanced, framing the vice president as "part of the cyclical scam" that, he has said, the PSOE supposes. Likewise, he has compared Calviño to "Snow White's stepmother" and has said that she has "less credibility than Irene Montero congratulating Chanel."

The vice president has dispatched Garcés's words, reducing them to "meaningless hodgepodge" which, she said, "demonstrates his lack of respect for public institutions." Likewise, she has explained the story of inefficiency, corruption and distrust in which Garcés "week after week looks at himself in the mirror and his question simply describes what he sees in that mirror."

"Today it has outdone itself," he deepened, assuring that all growth forecasts place the positive evolution of GDP for this year between 4% and 4.8%, with inflation below the European average and an "intense deceleration" of it in the second part of the year.

Shortly after, to a question from the Vox parliamentary spokesman, Iván Espinosa de los Monteros, Calviño highlighted that these growth forecasts are the highest in the EU, that between 2021 and 2023 an average growth of more than 4% is expected, and that "less prudent" organizations point to a fiscal consolidation to leave the deficit below 3% and public debt below 110% of GDP in 2025.

Espinosa de los Monteros has ridiculed the merit of the Government for reducing debt and deficit with high levels of inflation -- "That way anyone reduces the debt" -- and has insisted that Spain ends up being "the most lagging economy in the European Union (EU)".

In this sense, he has accused Calviño and the entire government of causing "almost irreparable damage" by concocting "the worst economic management" on the continent. "Neither Franco, nor virus, nor Putin. Leave as soon as possible and ask for forgiveness," he concluded.

"Franco I don't know, but that the virus and Putin have influence over the Spanish and world economy, he will not deny me that," Calviño replied, arguing that the Covid-19 pandemic and the Russian invasion of Ukraine, with the consequent crisis economic situation, they have been "extraordinary" situations, in response to which the Government has applied "effective measures".

1 Belarus introduces death penalty for attempted 'terrorism' 2 Iran seizes fuel smuggling ship in the Gulf 3 A soldier sings in Mariupol the song with which Ukraine... 4 They investigate a gang rape of two girls in a house... 5 Biden condemns those who spread the racist ideology... 6 Girmay abandons the Giro due to the blow to the eye... 7 The CNMV lifts the suspension of Siemens Gamesa listing... 8 Stade Toulousain launches its NFT collection for club... 9 UK inflation hits all-time high of 9% in April 10 Shelters, sterilizations, foster families... Strasbourg... 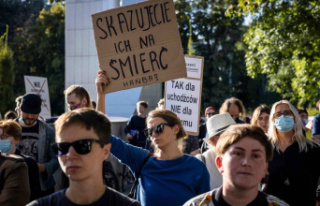