Cañadas: "The Circle always anticipated and now we need to discuss the airport and the Mediterranean Corridor"

Rosa Cañadas, economist, president of the Tanja Foundation and Trea Capital Partners, is a candidate for the presidency of the Círculo de Economía in the first elections held by the prestigious entity in its 64 years of existence. 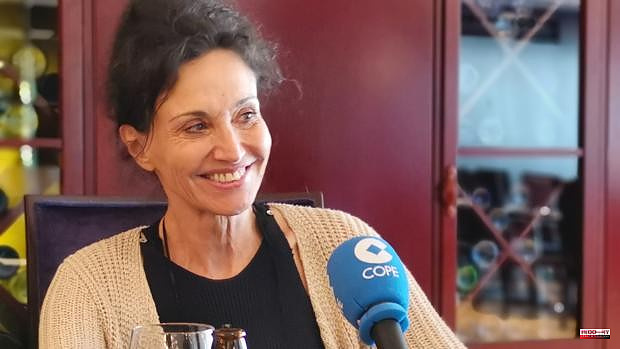 Rosa Cañadas, economist, president of the Tanja Foundation and Trea Capital Partners, is a candidate for the presidency of the Círculo de Economía in the first elections held by the prestigious entity in its 64 years of existence. The first thing he will propose if he wins on July 12 will be "to issue an opinion note on the expansion of the Barcelona airport and on the Mediterranean Corridor", aspects that he considers extremely important for the future of Catalonia and to which the entity has not yet been has spoken, because "in recent years, the Cercle has been declining and its voice has not been heard as much".

The candidate stresses that the Circle of Economy "had always been ahead of events and lately we have been late in some."

For example, he cites that "opinion notes have been lacking" on the investment deficit in infrastructure in Catalonia, as well as a position on the conflicts in North Africa, first with Morocco and now with Algeria, and on the enlargement of the Barcelona airport, the latter infrastructure that if it is renounced "we will be left out of the game for not having a first-class airport facility, the one that the city deserves", because, if it is not undertaken, he warns that "we will continue to be".

Speaking to the COPE Catalonia and Andorra program Converses, with the participation of ABC, Cañadas proposes an open debate on the airport with all the parties at stake to find out "what is AENA's proposal and what solutions are there to the environmental problems of concern to Mayor Colau». "Until now - she adds - we have only heard one voice, and that is why we have to force a debate with all the parties," she said.

Rosa Cañadas is not a newcomer to the Círculo de Economía, since she has been part of three boards. If she outvotes Jaume Guardiola, former CEO of Banco Sabadell and member of the current board chaired by Javier Faus, Cañadas could be the first woman to chair the entity, which has some 1,300 members, of which only 15% are women and 37 are under 40 years of age. She values ​​this electoral process as "an opening, evolution and symptom of vitality" of the institution that brings together business owners, managers and academics and whose pillars are the promotion of democracy, Europeanism and economic progress with social roots.

The candidate explained that she wants to "recover the essence of the Cercle", because in recent years "it has been declining and its voice has not been heard as much". Cañadas has recalled that with his opinion notes the Círculo de Economía always "anticipated events". "Now on some issues we have fallen behind," she warned. The candidate for the presidency of the Cercle d'Economia thinks that the institution must be present in Europe "to go see, listen and then explain to the members what is going on in Brussels and how it can affect us". In this sense, Cañadas warns that "very complicated times are coming, with the war in Ukraine, the pandemic, which is still stalking us, and the worrying situation in North Africa", an area that she knows well, given that the Fundación Tanja who chairs is focused on Spanish-Moroccan relations and also because she was born in Tangier, where her family lives.

Cañadas assures that "there is no magic formula" for the corporate headquarters of the companies that fled because of the 'procés' to return to Catalonia, but he does bet "for being an attractive community in all aspects, including the fiscal, if they want new investments to come and for the companies that left to return”. About Barcelona, ​​the candidate for the presidency of the Cercle, she bets on "abandoning the pessimistic view, because it doesn't help at all to be so negative, and stop always looking towards Madrid because Barcelona is not so bad".

Cañadas presented on Friday the team that will accompany him at the meeting of the Círculo de Economía if he outvotes Jaume Guardiola. A team that he defines as "plural and transversal" made up of 16 members, with a "junior-senior mix" and defends the need to attract young people. In the event of winning the elections, she has opted to integrate representatives of the other candidacy headed by Jaume Guardiola, with whom she is willing to hold a face-to-face debate before the members of the institution.

The candidate has incorporated from businessmen and managers to entrepreneurs and representatives of new businesses with five representatives under 40 years of age. They stand out Sacha Michaud, one of the co-founders of Glovo; Gerard Garcia Esteve, founder and CEO of Deale, the first digital platform of M

He is also accompanied on the board by Rosa Fiol, of the Metallurgical Employers ’Union and general manager of the Aeball employer of the Baix Llobregat and l’Hospitalet; Jorge Lasheras, who was president of Yamaha in Spain and currently president of the Japan Business Circle; Marina López Sanjurjo, director and corporate director of the Hotusa hotel group; Rosa Nonell, PhD in Economics from the University of Barcelona (UB); Marta Plana (co-founder of Digital Origin), Xavier Prats (special advisor for Teach for All) Stella Raventós-Calvo (president of the Spanish Association of Tax Advisers), Josep Soler (general director of the Institute of Financial Studies), Silvia Sorribas ( Telam) and Rafael Vilasanjuan (IS Global).

1 The cultural week of the Centro Extremadura Talaverano... 2 Civil Protection calls for maximum vigilance due to... 3 A 20-year-old man arrested for domestic violence against... 4 Second case of monkeypox in the region, also in the... 5 Tchouaméni enters the top-5 of the most expensive... 6 The Agra fire is now under control 7 The ITAE Club of Albacete is proclaimed champion of... 8 The 'Worldwide Cutlery Collection' gathers... 9 Ukraine: A death sentence has been handed to a man... 10 Italy finds 7 bodies at a scorched helicopter crash... 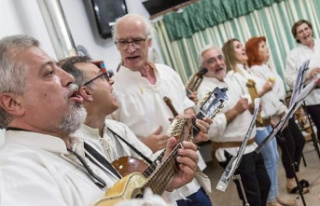 The cultural week of the Centro Extremadura Talaverano...