By profession, firefighter cow, the 'new' weapon against fires

Last year, in the middle of August, the province of Ávila was shaken by a dramatic fire that burned 21,000 hectares and reached a perimeter of 130 kilometers, forcing the evacuation of more than 1,000 people. 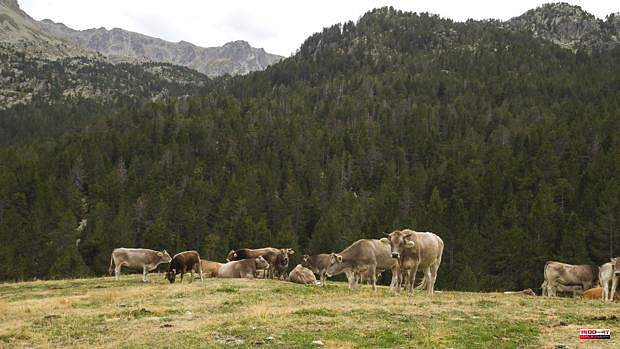 Last year, in the middle of August, the province of Ávila was shaken by a dramatic fire that burned 21,000 hectares and reached a perimeter of 130 kilometers, forcing the evacuation of more than 1,000 people. Originated in the fire of a vehicle, the situation of the mountains and, above all, the weather were the allies of the fire. More than 1,000 people were needed for its extinction, including several crews from the Military Emergency Unit (UME). Now that the heatwave is back, and with summer approaching, the Interprofessional Beef Organization (Provacuno) has claimed the work of the 'firefighter cows' to keep the vegetation at bay and clear the mountains and meadows of highly flammable.

As the director of this employer association, Javier López, has explained that "cattle allows great economic savings at the same time, because hiring labor and machinery to perform these same functions mechanically would be unthinkable." To which he has added the "environmental benefits" of being able to act on thousands of hectares at a time and added that it is always cheaper to prevent than to cure. “Why don't we bet more on the maintenance of the livestock activity to fight the fire?”, he asks himself.

A concern shared by Alejandro, who owns 80 beef cows in Cercedilla (Madrid) and uses the communal pastures of this mountain town. "A dry grass for the fire is like alcohol, literally gunpowder," he explained with concern for what he sees as a growing deterioration of the mountains in areas where cattle are lost. "It already happened in Ávila and it was terrible because there are not enough ranchers and the fire has it much easier," he added. The situation of the high mountain does not invite optimism either, in the opinion of this rancher: «The high mountain is being lost since the European Union does not give aid to put the cows there, causing grass to be lost. The broom and fallen trees gain prominence in the Cercedilla pine forest» has described with concern a situation in which the firebreaks are also blurred, increasing the risks.

From Provacuno they cite data on the extent of the damage that fires cause in our mountains. According to statistics from the Ministry of Ecological Transition and the Demographic Challenge, 84,300 hectares were affected by the flames, of which 66,783 corresponded to forest areas and more than 17,400 to wooded areas. The number of 'big fires', those that exceeded 500 hectares reached 19, of all of them 15 were in summer and another 4 in winter. These fires alone represented a devastated forest area of ​​31,375 hectares.

In this sense, from Provacuno Javier López, he has claimed support for farmers who, in his opinion, are "vital the conservation of the natural environment and the species that inhabit it." In addition to being a task that becomes relevant as the threat of climate change materializes.

But, these 'fireman cows' can suppose important expenses? It doesn't seem like it because regional administrations such as the Community of Madrid have been running their own 'responsible grazing' programs for years to improve the maintenance of the mountains. Alejandro, owner of a livestock farm in Cercedilla, has denied the majority and added that, quite the contrary, "we have to pay a symbolic fee of 20 euros per animal for the use of pastures." In this sense, he explained that for the 500 cows that graze on the communal lands, a month and a half (from mid-May to the end of June) represents significant savings in terms of feed, straw, fodder and... electricity.

1 These are the cheapest hours of electricity for Wednesday,... 2 Roland-Garros: Tsonga leaves the arena with his head... 3 Hours and where to see Alcaraz - Ramos 4 Rubiales and Camps, investigated for alleged threats 5 Basketball: Limoges coach Massimo Cancellieri fills... 6 The family of the Tarrasa sisters murdered in Pakistan... 7 Valdepeñas offers seven concerts with wine tasting... 8 Tsonga: "I finished as I wanted" 9 Tour of Italy: Guillaume Martin in pain 10 Ice hockey: France ends the 2022 World Cup on a quack,... 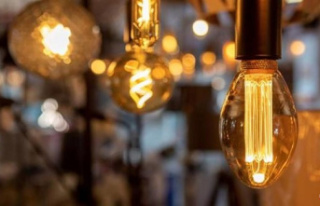 These are the cheapest hours of electricity for Wednesday,...