Burning: "Evicting the Caracol Room is like kicking an elderly person out of his house" 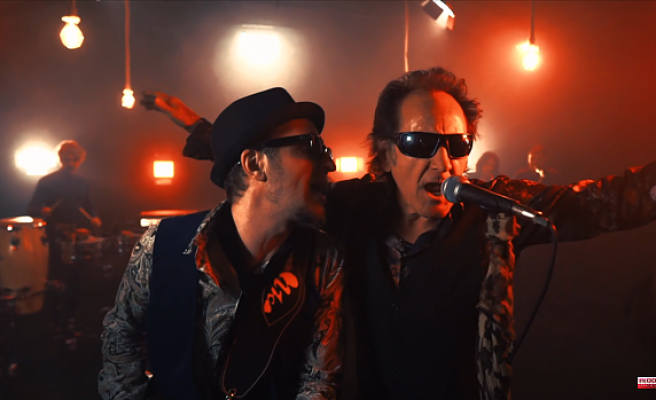 «Asphalt, street, customs. And authenticity. Lots of authenticity. The privilege of the genuine. Unadulterated rock. That's how accurately the organizers of Las Noches del Botánico describe the evening that awaits us this Wednesday at the festival, which has already started its new edition in Ciudad Universitaria. At 8:45 p.m. Los Enemigos, led by Josele Santiago, will take the stage to present their magnificent latest album 'Bestieza', and then, at 10:30 p.m., it will be the turn of a legend called Burning whose commander has a few more stripes: the incombustible Johnny Cifuentes.

I start with an easy one, what do Burning and Los Enemigos have in common?

Los Enemigos have always been close to Burning, even at anniversary concerts and other celebrations.

They are a neighborhood group, like us, and that unites us. Rock'n'roll means the same thing to both of them. I encourage people to go to the Botanical, because we don't know if this is going to happen again. Those who come will take home a unique memory, almost like those who went to the Stones the other day!

I guess you didn't miss it.

You guess right, dear Nacho (laughs). I went to see them, once again. I was hesitant due to the absence of Uncle Charlie on drums, but they opened our hearts. People said that the tickets were very expensive, but I saw it as an investment in quality of life. They made me happy, I was about to cry!

Is it possible that Los Enemigos and Burning share the stage at some point during the evening this Wednesday?

You know how these things work. Sound check will be when we meet, and then we'll see if we can come up with a plan to make that happen. I would love to share a song with them.

Burning's repertoire will be full of classics, but also the formidable latest album, 'Pura Sangre', and I imagine his solo album 'Hagámoslo'.

That's how it is. 'Pura Sangre' has become a very powerful album, and my solo songs are like a continuation of Burning. The songs are born from the same heart, from the same handwriting. And of course, there will be all the classics that people always want to hear. We've also just released a single that we're very happy with, it's called 'Algo está ardiendo'.

The video clip begins with a nice message for 'all those musicians who go to rehearsals day after day to work or compose new songs'. Do you feel that there are heirs to Burning in the new generations of rockers from Madrid?

Yes! Not many messages are coming from young groups on social networks, telling us that they like us a lot because we have made them feel rock, and that now they follow our path. For me it is a satisfaction.

How do you see the post-pandemic panorama for live music?

It has wreaked havoc. I've spent two years looking out the window, and the head and the brain... well, you know how they are. It has been very hard for all the families that live from this. But now you have to be positive.

Your El Cocodrilo bar is still at the foot of the canyon, right?

Yes, we are still there in the Latina district (on Calle Cebreros, 101).

The room that has not been so lucky has been the Caracol, which has had to close this week.

You never expect news like this, and even less with a room of that weight. We've played there dozens of times, and I've had unforgettable nights on and under the stage. I just found out and I still can't digest it. I wish it was a bad dream. I put my name and my group available for everything that serves to support the room with all my heart and get this reversed. We cannot stay as if nothing before a closure like this. It's like evicting an elderly person from their home. They are evicting us culturally, taking away the places where groups are born and grow. Concert halls are not a mere business and should not be governed by the laws of the market, just like that. They deserve particular protection, because the cultural fabric must be protected. What does not comply with this or that? Man please, a little respect.

1 UK cancels its first flight to Rwanda to deport asylum... 2 The Sierra del Rincón Biosphere Reserve grows with... 3 Russia controls 80% of Ukraine's key cities,... 4 These are the Best Father's Day Deals You Can... 5 The 2022 Best Vertical Monitors 6 The heroic and unexpected guards of Real Madrid 7 Tchouaméni, from Jordan and Kobe to Zidane and Benzema 8 From Mbappé to Tchouaméni: Monaco's last great... 9 Dak Prescott: My confidence has gone through the roof... 10 'Tightlining', the invisible eyeliner that... 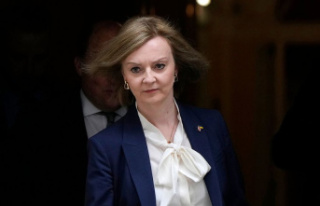 UK cancels its first flight to Rwanda to deport asylum...