The founder and honorary president of Grupo Antolín, the Burgos businessman José Antolín Toledano, has died this Thursday at the age of 86. 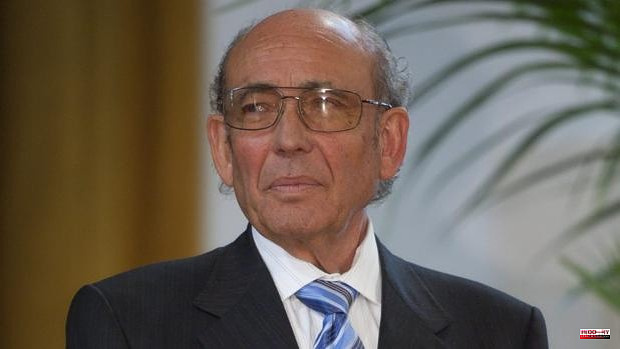 The founder and honorary president of Grupo Antolín, the Burgos businessman José Antolín Toledano, has died this Thursday at the age of 86. The company assured that he was a "unique" businessman who, with his business vision, effort and work, turned, together with his brother Avelino, a small business in Burgos into a leading multinational in the automotive industry, with a presence in 26 countries and more. of 25,000 collaborators.

At just 14 years old, he began working in his father's workshop and, in 1959, together with his brother, he created the first factory to produce automobile steering and suspension ball joints, thanks to an innovation that extended the life of the component. His enterprising and restless spirit made the company grow in the 1960s and 1970s, taking advantage of the expansion of the Spanish automobile industry and through a strategy based on the search for partners, product diversification and innovation.

Subsequently, Grupo Antolin began the internationalization process at the end of the 1980s with the aim of accompanying vehicle manufacturers wherever they needed the company.

Thanks to its legacy, the pillars of Antolin's leadership over the years have been its commitment to technological development and the talent of its collaborators, as well as management inspired by excellence, teamwork, continuous improvement and permanent research. of quality.

In 2015, after dedicating his entire life to the company, he understood the need to carry out a generational change and left all executive functions. His nephew Ernesto Antolín Arribas assumed the presidency of Grupo Antolin, and his daughter María Helena Antolín Raybaud was appointed vice president.

The company has shown in a statement collected by Ical "everything" its support and affection for his family in difficult times, especially his children María Helena, Emma and José, and his wife Colette Granet. The Board of Directors, the Management Committee and all the employees of Grupo Antolin joined, in this way, the pain of the family and expressed their most sincere condolences for the loss of the honorary president of the company.

«He always exercised leadership based on effort, perseverance and enthusiasm and knew how to guide the company in times of enormous changes in the industry. Its values ​​and its legacy are more present today than ever and will continue to mark the future and history of Antolín," adds the company's note.

Among the awards received, in 2016 the Kingdom of Spain Award for Business Career stands out, which was given to him by Felipe VI at the Huelgas Reales Monastery in Burgos. To him is added the Gold Medal of the City of Burgos and the Gold Medal for Merit at Work.

1 The father of the only survivor of the Uvalde massacre:... 2 The Federation works with World Sailing, the CSD and... 3 Toledo and Guadalajara will open almost a hundred... 4 They hid 215 kilos of cocaine in sacks of white sugar,... 5 pride! Barcelona returns to the streets with the intention... 6 “It is aberrant that a person with PF treats me”:... 7 Four vehicles burned in the Señoría de Illescas... 8 Iberaval returns to the path of growth despite the... 9 Santa Olalla donates to Tea Talavera the collection... 10 Joao Almeida leaves the Giro after testing positive... 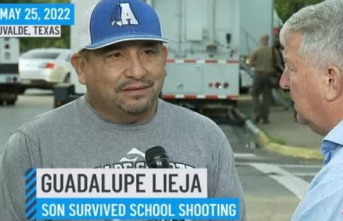 The father of the only survivor of the Uvalde massacre:...