Bundesliga: Thanks to Jeong and Gregoritsch: Freiburg stays close to Bayern

SC Freiburg has continued to soar and is now the new first pursuer of leaders FC Bayern Munich in the Bundesliga. 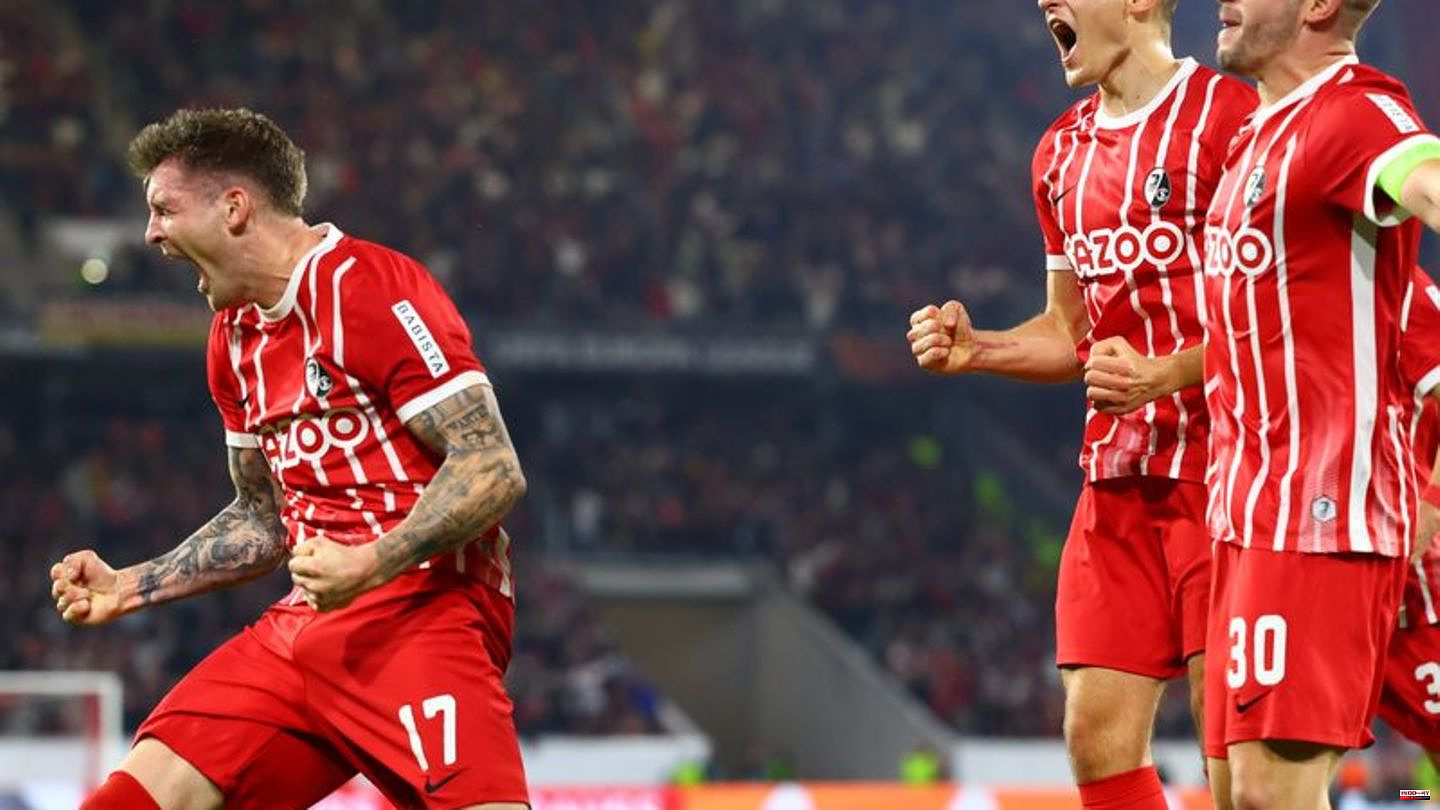 SC Freiburg has continued to soar and is now the new first pursuer of leaders FC Bayern Munich in the Bundesliga. Coach Christian Streich's team deservedly won 2-0 (0-0) against 1. FC Köln on Sunday. Since 1. FC Union Berlin had previously lost significantly at Bayer Leverkusen (0:5), Freiburg climbed to second place in the table. 27 points after 13 games mean the best season in the club's history so far.

Freiburg dominated the game over long stretches. In front of 33,800 spectators, however, they had to wait until after the break before Woo-Yeong Jeong (53rd minute) and Michael Gregoritsch (64th) scored the two goals.

But even in the game, the hosts started wide awake. The shot by captain Christian Günter, who was the only professional in the starting line-up in the 1-1 draw in the Europa League at Karabakh Agdam on Thursday, was blocked. And only three minutes later, Cologne could thank their goalkeeper Marvin Schwäbe for not running after a deficit early on.

The pressure from the sports club in the early stages seemed to make an impression on the people of Cologne. FC coach Steffen Baumgart reacted and changed his game system. Linton Maina, who started up front alongside Steffen Tigges, switched to the right wing. As a result, the Freiburg team had problems building up the game and gave up the ball carelessly on one occasion. Florian Kainz was unable to capitalize on this (6th).

But then it was the turn of Freiburg, who had started the season so strongly. For Baumgart, the Breisgauers are "one of the most stable and best teams we have in the league". And the hosts seemed fresher too.

Because unlike the Domstädter, who were eliminated from the Europa Conference League a few days ago despite a great deal of effort, Streich was able to rest many top performers in the game in Azerbaijan for long stretches. His team had already been determined as group winners before the duel.

When returning to everyday Bundesliga life, the goal didn't want to come in the first half, although Freiburg got more out of the game. But even with the next double chance they didn't get the ball in the goal. Cologne's greatest opportunity was missed by Ellyes Skhiri after a corner kick (42').

Nothing changed in the visual superiority of the sports club after the break. Now it should also work with the reward. Jeong's shot was played by the inside post from the hosts' point of view and Gregoritsch increased.

Baumgart was excited, kept crouching down and tried to get his team on course with loud whistles. However, he couldn't do it anymore. Freiburg celebrated their seventh home win against Cologne in the last nine direct duels.

1 13th match day of the Bundesliga: Freiburg is now... 2 Matchday 13: Thanks to Jeong and Gregoritsch: Freiburg... 3 At Windsor Castle: Private meeting before her death:... 4 Music superstar: Billie Eilish shows up with a friend... 5 Disagreements: Sweden's and Finland's accession... 6 Accident victims: Vigil for killed cyclist in Berlin 7 Household retreat: Bavaria: Energy hardship fund over... 8 Bundesliga: Salihamidzic: Would like to keep Choupo-Moting 9 Jürgen Klopp has his sights set on the next goalkeeper... 10 Tennis: First Masters title: Djokovic also stopped... 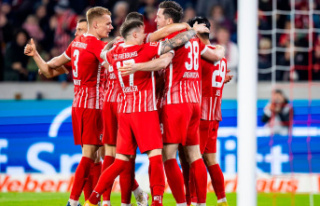 13th match day of the Bundesliga: Freiburg is now...