Brussels cuts its growth forecast for Spain in 2022 to 4% and doubles inflation to 6.3% 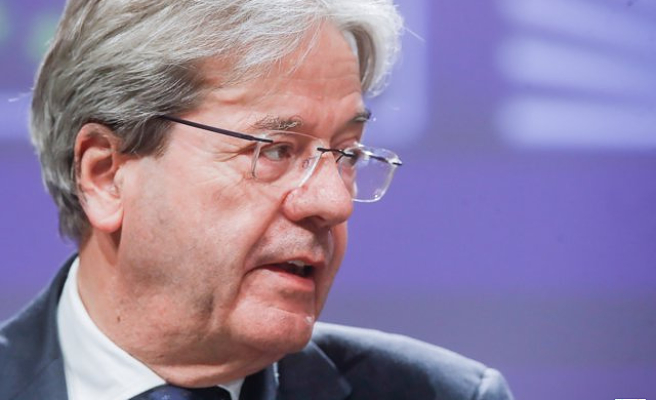 The European Commission calculates that the Spanish economy will grow by 4% in 2022, which represents a cut of 1.6% compared to the estimate it made in February and doubles its forecast for a rebound in inflation to 6.3% for the current financial year, compared to the 2.8% estimated at the beginning of the year, in what are the first economic forecasts of the community executive since the outbreak of the war.

The update of the economic forecasts of the Community Executive point to a rebound of the Gross Domestic Product (GDP) of Spain of 4% in 2022, which will place the Spanish economy as the fourth in growth of the whole of the EU in the current exercise, Only surpassed by Ireland, Malta and Portugal, the Member State that will register the highest growth.

For 2023, Brussels estimates a rebound in Spain's GDP of 3.4%, up to one percentage point less than forecast at the beginning of the year and last November, which will delay the recovery of pre-pandemic economic levels until mid-2023, according to The European Commission has pointed out in its analysis.

The growth estimate of 4% for 2022 is 0.3 percentage points below the growth forecasts presented by the Spanish Government two weeks ago and in line with the estimates for 2023, which the Spanish Executive put at 3.5 % by 2023.

The European Commission has highlighted that tourism has been the engine of the Spanish economy since the summer of 2021 and that economic growth will accelerate from the third quarter of 2022, thanks to investments under the Recovery Plan and the recovery of consumption, which in turn will be boosted by the recovery of the labor market and the levels of savings derived from the pandemic.

The estimated growth levels for the Spanish economy are above the community and eurozone average, estimated in both cases at 2.7% for 2022 and 2.3% for 2023.

These forecasts are part of a scenario of price growth driven by the cost of energy after the Russian military invasion of Ukraine. Thus, Brussels has doubled the growth forecast for the consumer price index in Spain for 2022 compared to the projections at the beginning of the year, up to 6.3%, a figure slightly above the levels of the euro zone and below the community average of 6.8%.

"Inflation is expected to reach its peak in mid-2022 and an average of 6.3% in 2022," said the Community Executive in its analysis, in which it has pointed to a deterioration in the purchasing power of Spaniards due to the rise in prices, which will cause consumption to remain at levels that are still lower than those of the pandemic.

Brussels points out that the rise in energy prices in Spain has been faster than in other countries in the euro zone, which may have consequences in sectors such as transport, construction or the electro-intensive industry and, in parallel, could affect to private consumption.

By 2023, inflation in Spain will contract to 1.8%, which means, in any case, 0.7 percentage points more than projected in February, and below the average for the eurozone and the European Union, where it will be 2.7% and 3.2%, respectively.

In its analysis, the European Commission indicates that it expects the economic recovery to continue in Spain despite the impact of the war in Ukraine, supported by the investments of the Recovery Plan as well as the upturn in activity in the tourism sector.

The labor market will remain "strong", according to Brussels forecasts, which places the unemployment rate in Spain at its lowest level since 2008, at 13.4% for 2022 and 13% for the following year. Some projections above what is estimated by the Government, which forecasts that the unemployment rate will fall to 12.8% this year and 11.7% in 2023.

With regard to Spain's debt levels, the European Commission has estimated that it will stand at 115.1% of GDP in 2022, and 113.7% of GDP in 2023, above the community average and the euro zone and the third country with the highest levels only behind Greece and Portugal.

"Spain closed 2021 better than expected" in terms of the government balance, according to Brussels in its analysis, and argues that the recovery of economic activity drove the reduction of the public deficit from 10.3% of GDP to 6.9 %.

For the current year, the Community Executive estimates that the public deficit should be further reduced by economic growth to 4.9% in 2022 and 4.4% in 2023. Even so, it warns that the indexation of pensions may lead to higher expenses if the inflationary period continues.

Investment will pick up 8.3% in 2022 and 5.8% for the following year, at levels well above the community and eurozone average, which will be around 3.1% for this year and 3, 6% by 2023. In this sense, Brussels warns that the raw materials crisis could affect the green and digital investments of the Recovery Plan.

1 Twerk, referees and Pamela Anderson, the confusing... 2 They publish audios of Cospedal with Villarejo a month... 3 Acciona Energía was the largest independent 100%... 4 Montero announces that VAT will not be lowered on... 5 They are looking for a 63-year-old woman who has disappeared... 6 Complaints for anti-LGBT crimes and offenses increased... 7 A historic Doncic presents candidacy for the title 8 The King Emeritus will return to Spain on May 21 9 Foreign Affairs will allocate more than 100,000 euros... 10 The Vice President of Congress Gloria Elizo will travel... 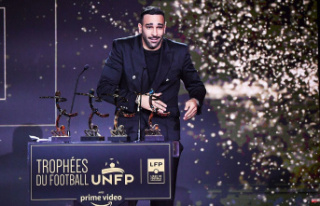