Bringing Murdochville back to life through leisure

You had to be a bit crazy or a visionary – probably both – to launch a recreational tourism business in Murdochville, Gaspésie, in 2009. 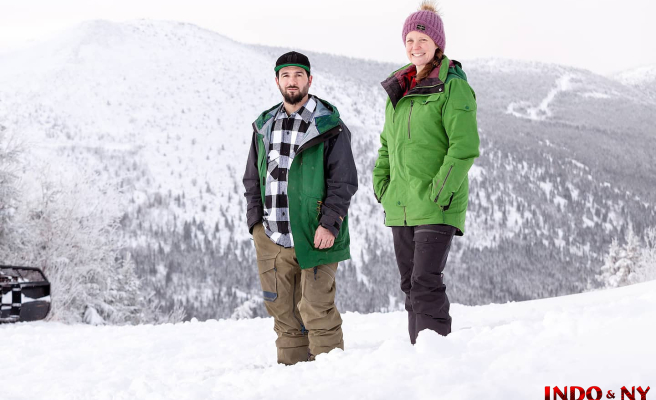 You had to be a bit crazy or a visionary – probably both – to launch a recreational tourism business in Murdochville, Gaspésie, in 2009.

• To read also: “Encounters at the top”: five Gaspésie mountains in five days

The city was then in decline after the closure of its copper mine ten years earlier.

This did not prevent Guillaume Molaison and his wife Éloïse Bourdon from leaving Montreal to settle there and found Chic-Chac, which quietly succeeded in positioning Murdochville as a destination of choice for lovers of mountain skiing and other outdoor sports. .

For Guillaume, son of a fisherman from Gaspé, it was a return to the region where he grew up.

“Trained as an adventure guide, I found little work in my field in the early 2000s. I convinced Éloïse, a former swimming champion, to follow me and launch us into entrepreneurship,” he says.

At the time, Murdochville was deserted by its residents and signs for sale were popping up in front of homes whose value was declining. The couple bought a first duplex for which they paid $6,000!

This is how the adventure began. Chic-Chac has grown over the years. Today, it offers ski passes, mountain biking, rafting, fishing, as well as accommodation and restaurant services.

In 2016, Chic-Chac acquired the ski resort of Mount Miller, which made it possible to develop new skiable trails and to offer new products such as catskiing and heliskiing for off-piste skiing.

“We welcome a volume of visitors that is lower than the major ski centers, which guarantees very good conditions on 100% natural snow. We have the most beautiful powder snow in eastern North America,” says Guillaume Molaison.

Recently, he became the owner of the church that will allow Chic-Chac to gather its activities under one roof and to expand the ski chalet. A performance hall project is also in the pipeline.

“We were lucky enough to make these acquisitions at an attractive price. However, the infrastructure is outdated. We therefore need to invest to improve the facilities”, underlines the entrepreneur.

A group of investors

To finance all these projects, Guillaume Molaison succeeded in convincing a group of shareholders, i.e. 15 people, to share the risks with him.

“I surrounded myself with a community of ski enthusiasts and professionals who recognize the potential of Murdochville as an outdoor town. They also bring their network and expertise that help the company to progress and diversify.”

“In the recreational tourism sector, private companies are rare. We are in competition with municipalities and the Sépaq [Society of outdoor establishments] which are financed by public funds. We must therefore be more creative and daring so that the region can offer year-round activities,” he adds.

You have to believe that Chic-Chac does things well since the tourists are there. They come from all over Quebec and the northeastern United States.

“They come to have a different experience.”

The dynamic has completely changed in Murdochville, according to Guillaume Molaison.

“The city has gradually found a soul. Confidence and pride are back,” he says.

She has come a long way, she who came close to final closure. Today, Murdoch is attracting new residents through the diversification of its economy. A project to reopen the mine is even in the air. All of this bodes well for the region and for Chic-Chac.

1 Demand for chalets far from weakening 2 Walk to the island of Moulins 3 The enchanted forest of Fanal 4 Sépaq chalets: reservations for 2023 open on Saturday 5 10 cottages for rent in the Îles-de-la-Madeleine 6 Fugitive murderer found nearly 30 years later 7 A free corner of nature in Longueuil 8 US Senate fails to pass law guaranteeing access to... 9 No more masks on planes in Europe 10 [LIVE] 77th day of war in Ukraine: here are all the... 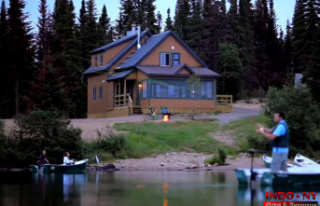 Demand for chalets far from weakening