With a stable wind from the North that went from low to high –from eight to 14 knots- and a shining sun, there could hardly have been a better opening day of the third round of the 6 Meter Spanish Cup. 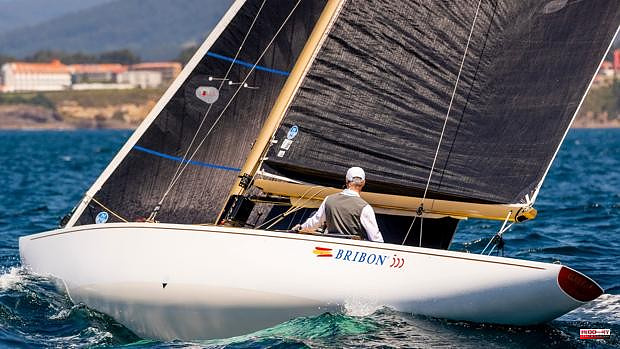 With a stable wind from the North that went from low to high –from eight to 14 knots- and a shining sun, there could hardly have been a better opening day of the third round of the 6 Meter Spanish Cup. 24 boats from nine countries, a good number with the World Cup in June just around the corner, have unfurled their sails in the regatta field that has been set up today in front of the island of Ons.

Punctual, at 3:00 p.m., the starting gun of the first test sounded. The Open division has been the first to start the regattas, with a Stella that has been able to take advantage of a wind that, without a doubt, is its own.

With the sole skipper of the fleet at the controls, he won both races of the day in an increasingly close class with many contenders for the title.

The Swiss Momo, who makes his debut in Sanxenxo and who has also confirmed his presence in the next World Cup, has scored two fourth places that leave him in second place in the provisional general standings. Just one point behind, the Portuguese boat Scoundrel One of John Harald Orneberg completes the podium, tied on nine points with the Swiss Sophie II, always among the contenders for the title.

The 6 Meters that compete in this division are those designed and built after 1970.

Rogue 500, two wins and first leader of the Classics

In Classics -the units built before 1970-, there is more Spanish representation, up to six boats out of a total of 11.

In this first provisional podium of this third installment of the Spanish Cup, the Galician sailors are the protagonists: two are units from the RCN from Sanxenxo, with a strong Bribon 500 in first place and Titia in third, and one from the CM from Canido , Caprice, by the patron Iñigo Echenique. Frenchman “Dix Août”, the president of the Louis Heckly 6m International Class, is the best ranked foreign participant, in fourth place.

On board the Bribon 500, owned by owner José Cusí, today Ross McDonald has been in charge of carrying the rod, since Pedro Campos and King Juan Carlos have followed the tests from the team's support boat. Current world and European champions, they have sailed consistently winning both races today. Among the remaining 10 ships, more disparate partial results that show that all of them are in the fight.

1 Didier Drogba cancels his trip to Montreal 2 David Lemieux makes the weight 3 Feijóo reinforces the weight of Pons in the Executive... 4 Mariupol: the Russian army says it has “completely... 5 The kyiv Army orders the Azov Regiment to surrender 6 Arrested a 20-year-old man for stabbing the vigilante... 7 The boss of Villa de Pintanxo will declare as investigated... 8 The SQ is investigating a murder in Farnham 9 The victims of Carl Girouard and their relatives relieved 10 Russia announces the seizure of the Azovstal plant,... 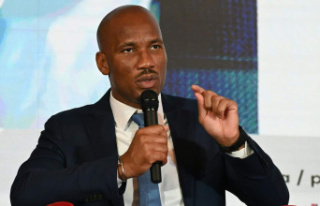