Brandenburg: Nabu expert on the environmental disaster in the Oder: "Drought and flooding are two sides of the same coin" 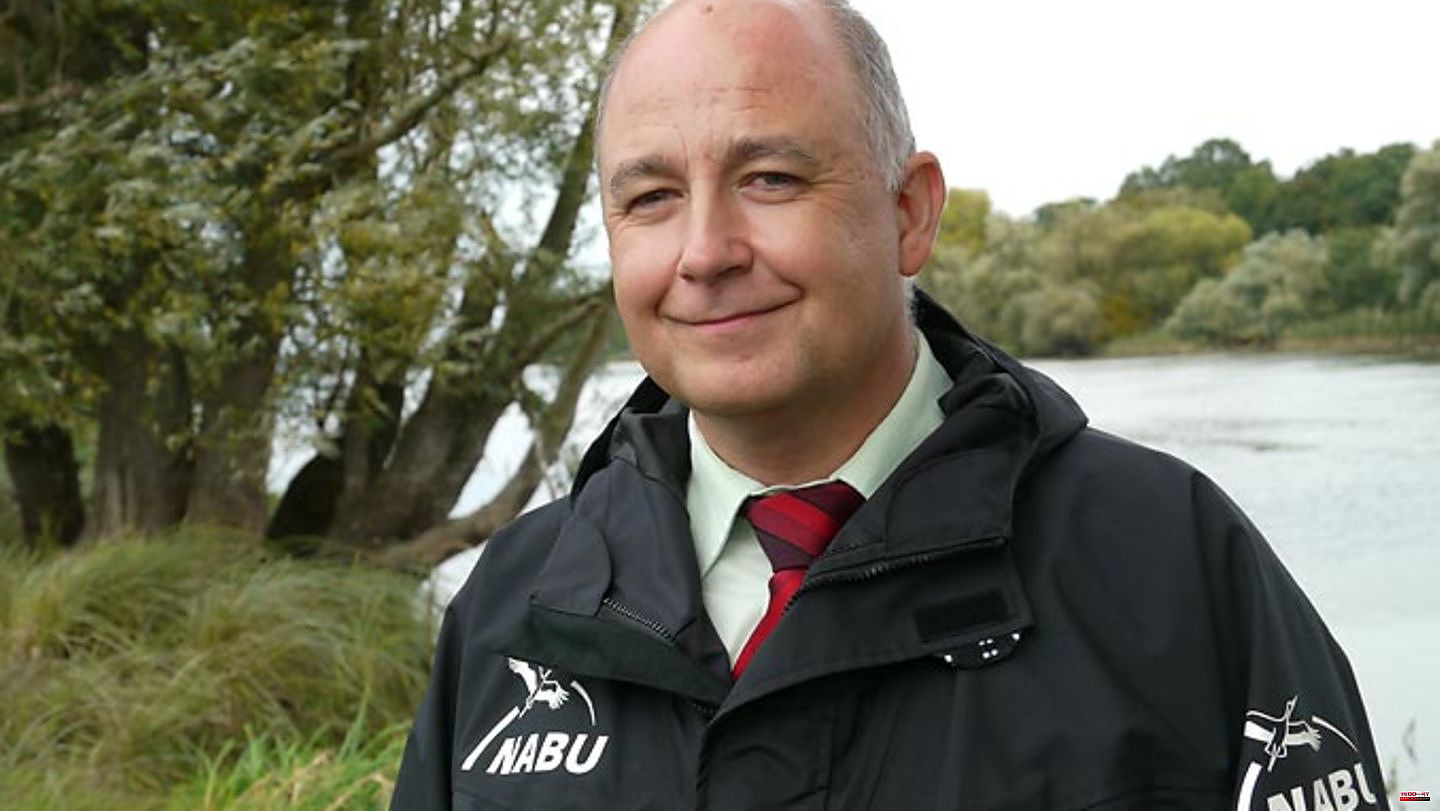 As a young boy, Dr. Rocco Buchta told his grandfather on the banks of the Havel that he would work to get the river clean again. No sooner said than done: Today Buchta is head of the NABU e.V. Institute for River and Floodplain Ecology.

The Havel is doing much better now - but very close by, the Oder experienced one of the worst environmental disasters in its history. Environmentalists have already fished more than 140 tons of fish carcasses out of the Oder.

In an interview with the star, Buchta explains what his assumptions are about the cause of the great fish kill, why it is important that Germany now works with Poland and what small measures every citizen can implement so that such catastrophes do not repeat themselves in the future.

Mr Buchta, you have been active in water protection for a long time. What made you do it? I've loved the Havel since I was little. My grandfather always told me stories from a time when the Havel was still more natural and clean. Because the water wasn't clean in GDR times, I promised him that I'd fix it when I grew up.

After reunification, however, we were still seen as the "brakes on the victory car". Everyone finally wanted prosperity, and nature conservation was counterproductive. My hobby became my job when NABU e.V. founded the Institute for River and Floodplain Ecology. I've been leading it from day one - and I've built it up.

In the summer there was a disaster on the Oder, many fish died. What cause did you have in mind? My first guess was that there was too much sewage in the Oder and not enough clean water this year to dilute it all.

The Oder is not a clean river. There have been massive sewage discharges for years - especially in Poland. We know from local colleagues that fish kills occur regularly there. So far, this has not only gone as far as Germany, but has extended locally to 50 or 100 kilometers. The Polish colleagues were not at all surprised. The only interesting thing for her was that it suddenly went so far.

And now we have low tide. The Poles have put the first barrages into operation, where the sewage stands for days, which would otherwise simply have drained through the Oder. The water then got warm and that led to the reaction with the algae. Eventually the fish all came up, they got scared and drained the water. This then reached the Oder.

My thesis is that there were too many introductions - and the crucial one was probably not even illegal.

What are these intros? Chemical waste water and salts. In the case of salts in particular, not all of them have to be reported. Now you have to say that you can't really point a finger at Poland. We also have salt discharges in Germany.

Can you put the Oder disaster in a chronological context for us – has there ever been such an environmental problem in a large German river? Rhine flowed. A fish die-off also occurred over a long stretch of 400 kilometers, of a magnitude comparable to that on the Oder.

The result of this catastrophe was that the countries bordering the Rhine agreed on an action program to ensure the future of drinking water. The water should be clean again. Wastewater discharge should be brought under control and it should also be ecologically better. Extinct fish species should also come back, such as salmon.

The program was driven forward with enormous commitment. An international commission for the protection of the Rhine was founded. Following their example, other rivers, including the Oder, have received such commissions that ensure the implementation of the Water Framework Directive.

It's proof that if everyone works together, the water will eventually come back to order. Ships still sail on the Rhine to this day, and the river is still ecological. It's clean, the salmon have come back too. You could also do that on the Oder without having to give up shipping.

Have you learned from the mistakes? There was then an evaluation and instructions for action developed from it. If a flood comes again, there should be no more fish kills. That would also have to happen in Poland so that such a catastrophe does not happen again.

The disaster isn't just about fish. In any case, all fish are affected. Also lampreys, mussels, crabs, water fleas, a whole generation of insects in the larval stage.

Then there are wading birds that poke around in the mud for food, such as the lapwing or the curlew. They roam the region twice a year and depend on the insects they poke out of the mud. They won't find anything to eat there this year.

Do you have the feeling that the Oder disaster is being taken really seriously on the German side? MPs from Brandenburg who were in Poland during the Oder disaster did not say a negative word about how the Oder was handled there. For me, that means there is something that people in Germany obviously consider to be more important than complying with European directives and enforcing their own standards.

But Environment Minister Steffi Lemke is trying with great sensitivity to get the Poles to cooperate and to prioritize German interests in cleaning up the Oder.

I see the effort behind the scenes, I see the effort on camera too. Whether they are crowned with success, I do not know. I don't think the Oder can be brought into a better state without Poland and the Czech Republic.

Have you visited the Oder yourself since the disaster? no I only know the reports of our people who were there. But I know what such a fish kill means. During the flood of 2002, water was let into the Havel lowlands to relieve the pressure on the Elbe.

Huge mistakes were made there and the result was that in the end not a single living being that needed oxygen could be found in it. I saw hundreds of tons of dead fish back then, crabs trying to get out of the water. crabs and dead mussels. There weren't even any more water fleas.

The whole area had to be resettled. At that time we appealed to add new water to dilute the stagnant water. To make matters worse, they wanted to use the agricultural land again quickly. However, there were already too many toxic substances in the soil from the contaminated water. Then fresh water was simply flushed afterwards, like on a toilet.

Do you think that climate change contributed to the disaster and that's why this kind of thing could become more common in the future? What caused the disaster now is that there wasn't enough mixed water available - due to the weather. This includes a lack of precipitation, which means that there was no more dilution. If we hadn't had this drought, the catastrophe probably wouldn't have happened. Then again it would only have been a limited, local event.

If my forecasts come true, it will probably be the case in the future that we will generally have more rainy winters and that there will be a great deal of drought in the summer. The relationship will continue to shift.

What we are now experiencing on the Oder or on the Rhine will probably become the new normal. If sewage is then discharged, then it will be as dramatic elsewhere as on the Oder. Luckily in Germany there are very strict rules for this and that's why I think that you can keep it under control in this country. But the water quality will suffer.

What would you advise people - so that we can all take better care of our rivers and bodies of water?Everyone can do something to ensure that our landscape can hold back its water again: Farmers have to check whether each of their ditches is really needed. All citizens should try to let as much rainwater as possible seep away on their property and not simply direct it into the sewage system via the gully. If we all make sure that we use little water and if possible leave what is there on site, everyone can make a contribution.

Municipalities must take care to focus flood protection on what can really break down and not protect square kilometers of fields from flooding with dykes. Only if we do that will floods continue to be able to spread across landscapes, flat and distributed.

As a result, water will come back into the floodplains, which will then be stored and will be available next summer. You don't have to limit yourself too much for that. Then I'm also optimistic that we can achieve a more balanced water balance in the landscape. Drought and flood are two sides of the same coin. 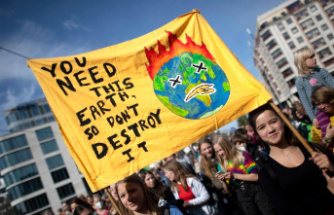 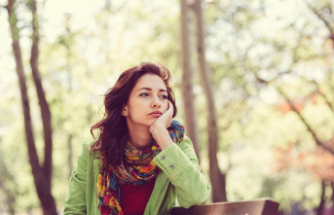