Brahim Díaz, a precocious conqueror who does not lose sight of the Bernabéu 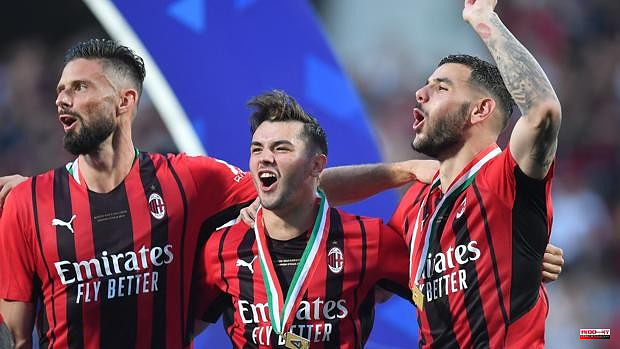 Brahim Díaz (Málaga, 1999) fully entered the history of AC Milan on Sunday. The talented and promising midfielder became, along with the rest of his teammates, the Italian league champion after beating Sassuolo (0-3) on the last day, a result that allowed the northerners to recover the domestic title after eleven years away from throne. Díaz, a prisoner of youth and Milanese euphoria, and without detaching himself from ex-Madrid player Theo Hernández, one of his best friends on the team, enjoyed the celebration to the fullest, first in the visiting dressing room of the Città del Tricolore and later, already in Milan, in the Piazza del Duomo. Despite the particular success, Díaz, in addition to the Scudetto, has added a very significant statistic after this triumph with Milan: he is the first footballer to win the three major European leagues (England, Spain and Italy) with less than 23 years.

Like so many other jewels of our country (Bellerín, Éric García, the Pozo brothers...), Díaz decided to spend his adolescence in England and in 2015 he left the youth ranks of Málaga to sign for Manchester City. While scratching at a good level in his subsidiaries, Pep Guardiola came to the Etihad bench. The Catalan coach, always with an eye on the quarry, made him debut with the first team in September 2016 in a Carabao Cup match. The calls from the former Barcelona coach to train and play with 'the elders' were recurrent but , due to the high competition in a squad, it was normal for Díaz to give way to other more experienced players.

"You can't imagine how hard it is for me to leave out players like Brahim. They make my job easy, because it is a pleasure to have footballers of this quality, but at the same time it is very hard », Guardiola declared about his situation. The Andalusian finally got a record in the first team in 2018 and that same year he won the Premier League. However, the irregularity in the calls continued to be a slab. From what Guardiola said, the club wanted him to burn stages little by little and him and his entourage to play more regularly. It was then that Real Madrid appeared, depositing 17 million euros in January 2019 when he had a few months left on his contract.

He arrived at the Madrid team with the aura of a future star, but he encountered the same problem as in England (he only played 21 games in two seasons). Despite everything, he won the League in the 2019-20 season with the whites after the break caused by the Covid pandemic. Since then, Milan has been his home. In Italy, a pilgrim (he is on loan until the summer of 2023), he has displayed his best football and has even received a call from Luis Enrique. After years being one of the leaders of the lower categories of the national team, he was called up to play with the senior team last November. Many experiences for the one who is already the youngest conqueror in Europe, who does not lose sight of the Santiago Bernabéu.

1 When they paid a cyclist not to participate in the... 2 Mortirolo grants another opportunity to Mikel Landa 3 Hubble finds unusual twist in the expansion rate of... 4 Exclusive: South Korea's new leader declares... 5 The 'Simón Bolívar' Symphony Orchestra... 6 The battle for Donbass is being fought village by... 7 Putin Pulse Alphabet to the Free World 8 "What has happened in Pakistan has nothing to... 9 The Prosecutor's Office does not appeal the acquittal... 10 Labor accuses low-paying companies of driving away... 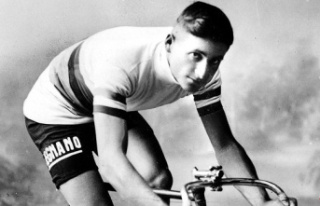 When they paid a cyclist not to participate in the...