It was necessary for 54 Conservative parliamentarians to send their letters of "no confidence" in Prime Minister Boris Johnson to the chairman of the 1922 Committee for the mechanism of a vote of confidence or, to understand us, of internal censorship, to be activated within the training. 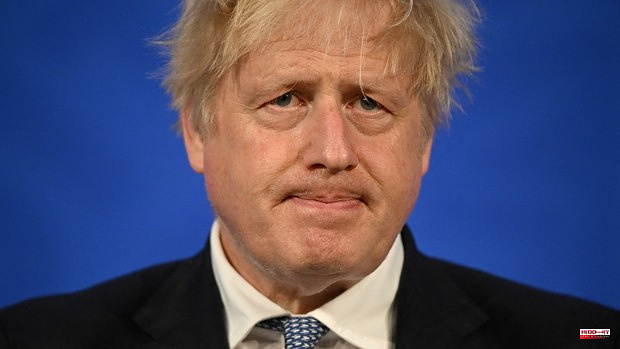 It was necessary for 54 Conservative parliamentarians to send their letters of "no confidence" in Prime Minister Boris Johnson to the chairman of the 1922 Committee for the mechanism of a vote of confidence or, to understand us, of internal censorship, to be activated within the training. The number, at last, was reached, as reported Monday morning by Graham Brady, chairman of the committee, after months of a rather inconstant trickle of letters. The first to publicly announce that he had sent it was MP Roger Gale, in December, prompted by the 'partygate' scandal. The vote took place this Monday, with Brady announcing the results shortly after 9 p.m.: Johnson emerged, once again, in a vote of 211 to 148.

"I can announce that the party has confidence in the prime minister," Brady announced.

The vote came in full hangover from Queen Elizabeth II's Platinum Jubilee, celebrations that lasted for four days and on whose second day, at the entrance to the religious service of thanksgiving at St. Paul's Cathedral, Johnson, who was with his wife, Carrie, was showered with boos. That was the image of a population tired of empty promises and double standards and of parliamentarians who, this time, listened to the street. And it is that the motion also came only two weeks after the high-level official, Sue Gray, presented the full report of her investigation into the 'partygate', as the illegal parties that were held in government offices are known. during the Covid-19 lockdown. Gray's conclusions accused the upper echelons of government of being responsible for a leadership problem that allowed these events to take place, which unleashed the fury of citizens, the opposition and the Tories themselves, bringing Johnson to his point lowest in the polls since he took office as prime minister in July 2019.

Before the vote, in which Johnson needed to obtain the support of at least 180 Tory MPs to remain in his post, he gave a speech to his people in which he made a promise: "I will win again for you." “Graham, thank you very much for calling this meeting,” he told the committee chairman, “and I have to tell you that I'm glad this vote is finally taking place, because “if you support me tonight, we'll have a chance to stop talking about ourselves and start talking exclusively about what we are doing for the people of this country,” he asserted.

But his words did not permeate everyone. Among those who voted against him were the leader of the Scottish Conservatives, Douglas Ross, and Dehenna Davison, representative of Bishop Auckland, which had been a Labor stronghold from the 1930s until Davison won his seat in 2019. But who Most vehemently calling for a change was Jeremy Hunt, who urged his fellow party members to unseat Johnson and warned that the party would lose the next general election if it remained in Downing Street. "We Conservative MPs know in our hearts that we are not giving the British people the leadership they deserve," he exclaimed, adding that "we are not offering the integrity, competence and vision needed to unleash the enormous potential of our country." , and "because the electorate no longer trusts us, we are destined to lose the next general election," he predicted. Culture Minister Nadine Dorries reacted furiously, telling Hunt in a social media post that if he had won the Tory leadership election, she would have "handed the keys to number 10 over to (Jeremy) Corbyn." , former Labor leader Jacob Rees-Mogg, secretary of state for Brexit opportunities, and one of his unconditional supporters also came out in his defense.

Regardless of the outcome, the internal unrest and direct confrontation between some of the MPs threaten to further crack the weak cohesion among the Conservatives. The last internal censure motion was in December 2018, when Theresa May refused to resign. And although she won the vote 200 to 117, she resigned shortly after, in May 2019. 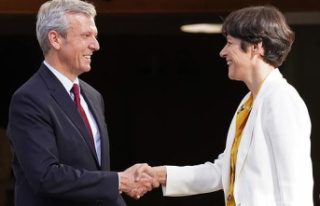 More reproaches than agreements at the 'summit'...